I posted this as soon as I forced myself to stop rolling on the floor laughing… Wait! She’s serious? No… I contend she is evil, duplicitous and delusional. That’s it.

I have looked at what was added etc. to the Patriot Act and I agree with Allen West’s statement and his decision to vote no. I understand it was a difficult decision for Ryan and Bachmann to vote for the Act. I believe their support of it is misguided, however. I also believe it gives too much ongoing power as well as additional powers to the government for the next 4 years. The act was supposed to sunset. Under the current administration I feel the act has the potential to be abused terribly. I am not saying they are bad candidates – I will weigh their actions in total when making a choice. But I personally cannot support the Patriot Act.

(WASHINGTON) —- Congressman Allen West (FL-22) released this statement tonight following the House passage of the PATRIOT Act, which he opposed:

“I spent 22 years in the United States Army on the tip of the spear protecting the citizens of this great nation in uniform. As a Member of the House of Representatives, I have taken an oath to protect the constitutional rights of the citizens of the 22nd Congressional District of Florida and all Americans.

I support the work that law enforcement around the nation does in order to protect our citizens and apprehend individuals who want to kill innocent people and try to destroy our way of life.

I have spent the past two months investigating these provisions to the PATRIOT Act, their effect on American citizens and their impact on apprehending terrorists to better keep our country safe. After much reading, many briefings, and conversations with local law enforcement and federal agents, including FBI Director Robert Mueller, I am not fully convinced that by extending these provisions for four years, we would be any safer, but instead I fear they may only give us the illusion of being safer.

I also have concerns that these provisions were pushed through during the final hours on the very last day before the provisions were set to expire, and there was no open process for myself and other members of Congress to fully review the document.

In a letter to FBI Director Robert Mueller last week, I asked for clarity on several issues and asked the following questions, which I did not receive answers:

There is a constant struggle between liberty and safety, and it is a principle that I am prepared to balance as a Congressman of the United States.

Benjamin Franklin, one of the founders of our nation, wrote, ‘They who give up essential liberty to obtain a little temporary safety, deserve neither liberty nor safety.’ These are words I do not take lightly.”

*Click here for the letter Congressman West sent to FBI Director Robert Mueller, as well as the Statement for the Congressional Record. 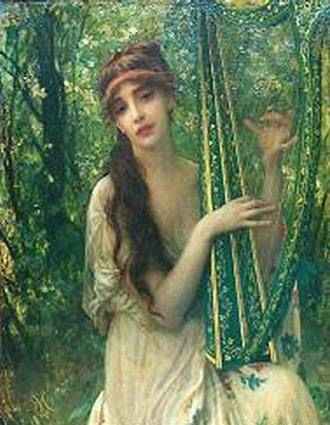 This week, Israel was very much in the news after President Obama’s speech demanding a settlement of the Israeli-Arab conflict based on the pre-’67 lines and Israeli PM Netanyahu’s worthy riposte. This week’s winner, Bookworm Room, took a look in her fine piece: Contemporary coverage of the Six Day War — clear-sighted and moral, at actual media coverage of the Six Day War to remind us of how far the media has fallen and how the ‘narrative’ has changed. Here’s a slice:

Given Obama’s obsession with the 1948 borders, this seemed like an appropriate day to resurrect some contemporary coverage of the Six Day War, culled from a commemorative issue that Life Magazine published back in 1967. (For those with long memories, I first published these excerpts back in 2006. It’s a shame Obama wasn’t reading my blog then.)

The commemorative issue opens by describing Nasser’s conduct, which presented such a threat that Israel had no option but to react. It makes for interesting reading, in part because it assumes a legitimacy to Israel’s 1967 preemptive strike. After describing how Pres. Abdel Gamel Nasser, speaking from Cairo, demanded Israel’s extermination, the Life editorial board goes on to say this:

The world had grown accustomed to such shows [of destructive hatred towards Israel] through a decade of Arab-Israeli face-offs that seasonally blew as hot as a desert sirocco. Since 1948, when Israel defeated the Arabs and won the right to exist as a nation, anti-Zionist diatribes had been the Arab world’s only official recognition of Israel. Indeed, in the 19 years since the state was founded, the surrounding Arab states have never wavered from their claim that they were in a state of war with Israel.

But now there was an alarming difference in Nasser’s buildup. He demanded that the U.N. withdraw the 3,400-man truce-keeping force that had camped in Egypt’s Sinai desert and in the Gaza Strip ever since Egypt’s defeat in the Suez campaign of 1956 as a buffer between Egyptians and Israelis. A worried United Nations Secretary-General U Thant agreed to the withdrawal, then winged to Cairo to caution Nasser.

He found him adamant. Plagued by economic difficulties at home and bogged down in the war in Yemen, Nasser had lately been criticized by Syrians for hiding behind the U.N. truce-keeping force. With brinksmanship as his weapon, Nasser had moved to bolster his shaky claim to leadership of the divided Arab world.

In contrast to the fevered, irrational hatred on the Arab side, the Life editors are impressed by the Israelis. Under the bold heading “Israel’s cool readiness,” and accompanied by photographs of smiling Israeli soldiers taking a cooling shower in the desert, listening to their commander, and attending to their tanks, Life has this to say:

With the elan and precision of a practiced drill team, Israel’s largely civilian army — 71,000 regulars and 205,000 reservists — began its swift mobilization to face, if necessary, 14 Arab nations and their 110 million people. As Premier Levi Eshkol was to put it, “The Jewish people has had to fight unceasingly to keep itself alive…. We acted from an instinct to save the soul of a people.

Our non-Council winner this week was Israel’s Pre-1967 War Borders: What They Mean – The Reality by Maggie’s Notebook, an insightful and informative examination of exactly that subject that was submitted by The Noisy Room. 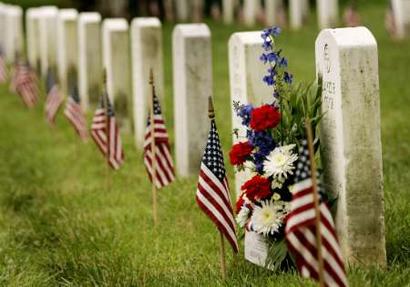 This weekend is the commemoration of Memorial Day. Take some time to thank G-d you live in a free country and remember that it’s only true because there were and are brave men and women willing to put their lives on the line to make it so and keep it that way.