This plane flew over a recent Akron Airshow! 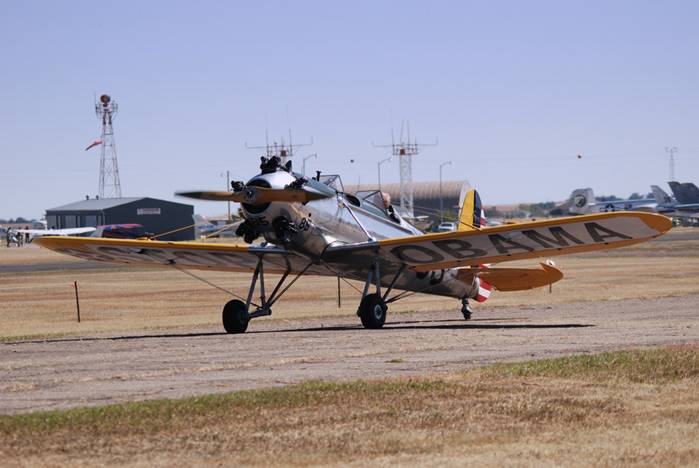 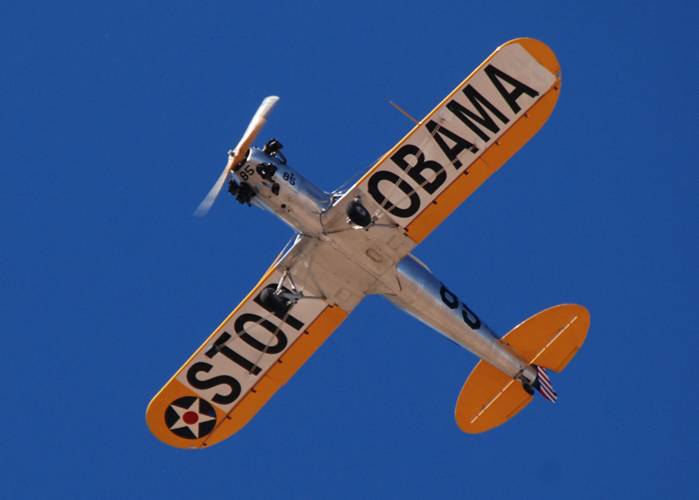 Today, as Rep. Anthony Weiner extended his ongoing series of confessions to lying about his own Twitter posting of his salacious photos, he attempted to save what thus seems most important to him, his political career. He still refuses to resign from public office. When we sin, the last thing we want is to be alienated from the god we worship.

Meanwhile, the progressive movement is deeply disturbed by the Weiner fiasco, not because of the problem of corrupt character, nor the yet deeper corruption of denial of the same, but because Weiner served as their point man in the effort to smear Justice Clarence Thomas (and any other conservative Supreme Court justice) with whatever they may spout, to influence them to resign or be impeached — or perhaps to intimidate, or at least besmirch them.

And now, for the first time in my own recollection, it appears the Democratic Party will be forced to admit to something those neo-Marxist progressives are desperate to deny — that matters of sin and corruption are matters of overall character, one matter bleeding into another — and especially that personal responsibility is necessary in all phases of one’s own life, or society suffers our personal putrification by the law of sin and death.

One must understand that personal sin and personal salvation are the chief issues in each man’s life and not, as the words of Barack Obama deceive, “collective salvation.” We are not our “brother’s keeper,” a snide quip at God from the murderous Cain. We are our own person’s sole manager, required to stand before God to give an account and we will either directly accept His own personal righteousness, at His own very personal cost, or we shall fail, any of our flaws cracking and breaking our whole.

Progressive libertarians may not be forced to deal with this via Weiner’s behavior, but at least progressive statists now have that egg of truth on their faces. They, with Weiner will go kicking and screaming, or more likely, they will go as quietly as possible, down the path of pressuring him to resign. And they will either have him go or they will go down significantly, with him. Oddly, this may hurt them more, now, than previously at the hands, tongue, and other organs of President William Jefferson Clinton. Please don’t ask me why.

Shortly before today’s Weiner mea culpa, Andrew Breitbart once again committed common sense, pointing out that Weiner’s behavior causes him to be vulnerable in principle and in general practice, to blackmail. Bad behavior, followed by lies and cover-up are the signature of one who may be manipulated in his corruption by corrupt others, as they seek greater corrupt power over us all.

But the representative Anthony Weiner today? While he apologized profusely for lying about his “frivolous” behavior, he offered sheepishly what has now become a mantra of the progressives, “…nothing about this should reflect upon my official duties, nor my oath of office.”

Investors looking for the next big thing after a hydrocarbon economy have a panoply of options, from solar to wind, as well as biofuels.

In terms of quickly ramping up production biofuels clearly win the race, but navigating the PR fluff and reality is not a simple thing.

The three main contenders for investor dollars are algae, jatropha and camelina. All have strengths and weaknesses, leaving investors to choose amongst them. Stripped of PR flummery, the only issue is where and when production can begin on a viable commercial scale. Investors who unravel the complexities of biofuel production and have cast-iron stomachs stand to profit, but biofuel production in the U.S, while having major players like Goldman Sachs and the Carlyle Group, are moving their chess pieces around a board already gamed by the major players.

While everyone agrees that biofuels are the future, investment is lagging.

But the interest is there. Fuel and oil comprise 25 percent of civilian airlines’ operating costs. When the price of jet fuel rises one cent, it increases the global cost of aviation $195 million.

Camelina as an additive is a “drop in” fuel – engines need no modification, and a series of Pentagon tests over the last two years have proven its feasibility as something to add to a 50 percent JP-8 blend. The Pentagon

So why, no U.S. production?

The answers are both complex and simple.

First, new biofuels are up against the well established ethanol lobby.

Secondly, given renewables’ battle against the ethanol Goliath, there are yet exist no subsidies, crop insurance or any other incentives to bring farmers onboard to provide camelina feedstock, and farmers are hardly the most progressive green community.

Accordingly, U.S. companies such as Sustainable Oils face an uphill battle to sign up farmers, one by one.

But the technology exists, the product has been approved, most notably to fuel USAF C-17 Globemasters, as further Pentagon weapons testing continues.

Unfortunately for biofuel producers, the Pentagon only purchases fuel, and does not invest.

So, at the end of the day, the Pentagon role is passive – as for the civilian market, they are awaiting commercial volumes to be produced.

U.S. production to ramp up camelina derivatives is constrained by a lack of subsidies, crop insurance and record-high commodity prices for such alterrnatives as ethanol’s major feedstock, corn.

An American company is also prosing to produce biofuel in Uzbekistan.

So, the question is – how ironclad are investors’ stomachs? The question is no longer if biofuel will be produced – only where and when. Given that it is ultimately an agricultural product, sharp investors may see their profits expand before the end of a growing season.

Andrew Breitbart took the podium at the Sheraton Hotel in New York today where Congressman Weiner was to address the nation regarding the emergence of photos of the Congressman in various states of undress. In a telephone interview after his statements at the podium, Breitbart told Fox News that one of the photos he did not release was: “Beyond vulgar.”

Congressman Weiner took the podium at approximately 4:20 PM delivering a tearful confession that the charges against him are true. Weiner said he had communicated inappropriately online with six women, but most of it was before he was married. Weiner apologized to his wife, family, and the nation for his transgression, then accepted questions from the media. At this time (4:32 PM Eastern time) the news conference is still under way, but the Congressman has not resigned.

Those who have spent the last few days criticizing Breitbart, should note that Weiner included “Breitbart” by name among those to whom he owed and apology.

Sunday’s riots were an attempt “to divert attention away from the massacre in Syria,” one official charged. “The Syrians will be held accountable for these events.”

Late Sunday, Syrian officials claimed that 23 people were killed and 350 were wounded after the IDF fired at protestors aiming to rush the border fence earlier in the day. However, the army dismissed the figures, claiming that they were inflated.

Washington-based members of the Reform Party of Syria said intelligence sources close to the Syrian government in Lebanon informed them that the protesters on the Syrian side of the Druze community of Majdal Shams were in fact poverty-stricken farmers paid by the Assad regime.