A dear friend of mine described the horrific scene at her daughter’s home when a SWAT team emerged – based on a false report. A portion of the story is documented here:

On Tuesday, June 7, 2011, a West Virginia family sat in their living room watching “Deadliest Catch” when a very loud thump was heard at their front door. The children, as previously trained by their parents, immediately fled to their designated safe spot. The young children knew something was very wrong when they heard a sound like that at their front door at that time of night.

When the mother approached and opened the door, she was stunned to find a SWAT team – positioned and ready to open it for her. The SWAT team disarmed her and said they were there because a call came in saying that shots were fired, there was fighting and possibly people had been shot.

The SWAT team grabbed the husband, took him outside and told him to put his arms in the air. He was retained outside with an AR15 and a Taser trained on him and he was told that if he made one move, he would be Tasered.

Inside the home, other members of the SWAT team searched for weapons and the mother gently coaxed her terrified children out of their safe spot.

It was clear that law enforcement didn’t confirm any of the facts of the call they received, didn’t question any neighbors to corroborate the allegations made during that call, and the SWAT team, upon arriving at the home, didn’t see or hear anything that would justify their raid of this home and yet they proceeded to do what they did.

Tuesday night could have proven deadly for any member of this family if the SWAT response had gone wrong. As of today, no known charges have been filed against the person who made the false call/report. In fact, when the victimized family sought help from the State Police Office, they were simply advised to seek a “no trespass” order and the Magistrate Office told them to get legal advice.

What is going on?!

This West Virginia SWAT raid comes on the heels of national news coverage about two other SWAT raids whereby one left an innocent Marine dead in Arizona and the other related to student loans with the SWAT raid being issued by the Federal Department of Education!

The CATO Institute tracks botched SWAT and paramilitary police raids. Analyzing their data from 2007 to the present and focusing solely on the use of SWAT teams, I found two very disturbing trends. In the past 2 years, SWAT teams are being used more frequently in botched raids at family residences across America, and the suspected crimes that SWAT teams are being used for appear outrageously inappropriate. Let’s examine the evolution.

In 2007, there were 3 botched SWAT raids involving:

1) a weapons cache,
2) a criminal fugitive, and
3) a methamphetamine and cocaine drug ring.

In 2008, there were 5 botched SWAT raids – four were drug raids and one was the robbery of a cell phone store.

In 2009, there were botched SWAT raids involving:

1) marijuana,
2) multiple warrantless raids on several homes after 2 officers were shot, and
3) a narcotics warrant whereby SWAT threw a flash grenade that started a fire and destroyed the home.

In 2010, there were 5 botched SWAT raids involving:

1) a drug raid (prescription drugs found in the home),
2) a nightclub raid to check IDs (there were reports of underage drinking),
3) a narcotics warrant,
4) marijuana possession and child endangerment (SWAT team raided while the children were at home and SWAT shot both their dogs, one fatally), and
5) a nursing home raid to check for a caregiver’s ID card (for authorization to provide medical marijuana).

Now here we are in 2011… only half the year has passed, yet 5 botched SWAT raids have already occurred involving:

1) student loans (SWAT raid was issued by the Federal Dept of Education),
2) a false report made via phone (described at the beginning of this article),
3) marijuana (multiple raids with one resulting in the killing of a Marine in Arizona),
4) an illegal poker game (a supposed ‘gambling operation’), and
5) a drug search (SWAT killed a 68 year-old man as he complied by lying on the floor and while doing so, his weapon accidentally discharged and SWAT shot him dead).

There’s something happening here in America… there’s battle lines being drawn which cross right over the threshold of our front doors and into our homes. 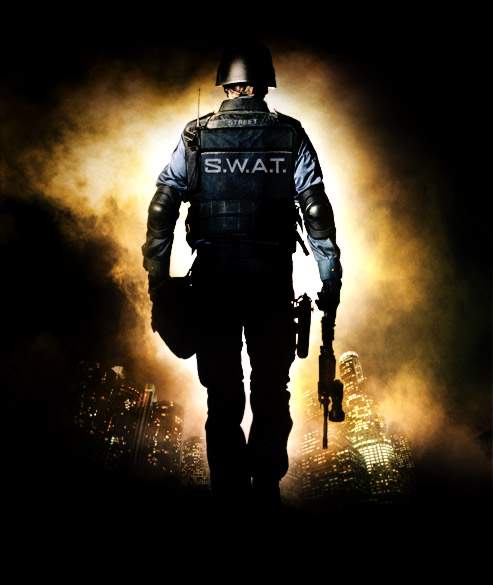 3 thoughts on “SWAT Use – There’s Something Happening Here…”