Read more at The Sun Times…

Sorry for the auto-play on this guys. It was the only copy available. 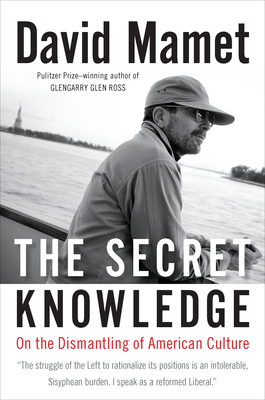 I have just had a glimpse into the mind of a genius. I don’t think I’ve ever said that before… David Mamet has encapsulated and stated exactly what I have felt for years in so many ways. His book is not only insightful, but a provocative walk on the slender path of conservative sanity and rationality. Superb!

When my husband first told me of Mamet’s book, I thought, not another liberal who has ‘supposedly’ seen the conservative light… But once I started reading his thoughts on politics and how liberals see the world versus conservatives, I was hooked. Intelligent and so on-point it’s staggering – I found myself saying over and over, “Yeah!”

Until two weeks ago, I didn’t even know who Mamet was. I knew of his works, but not the name. He literally dissects every liberal talking point out there and shows how flawed they are. Written in an analytical fashion that is decorated with witty conclusions and wry summations, his viewpoints are at once easy to digest and humorous in his weaving of history and fact to form a picture of the left’s twisted philosophies.

“The Left, in addition to its embrace of the false (higher taxes means increased prosperity for all), and its acceptance of the moot as incontrovertible (Global Warming); must account for the incidental effect of the sum of these decisions. This effect is the destruction of our culture.” – The Secret Knowledge by David Mamet

Mamet is by all accounts a force to be reckoned with in theater and film. A playwright, film director and essayist, among his credits are The Untouchables, The Verdict, Wag the Dog (love that movie…), American Buffalo and the unforgettable Glengarry Glen Ross. Now I realize that not only is he gifted with extraordinary talent, he has common sense as well.

Scary intelligent, at first I thought his analysis would be way above my head. Not so – it was riveting. You must read this book. He wrote an op-ed for the Village Voice entitled “Why I Am No Longer a ‘Brain-Dead Liberal,'” which led to the authoring of this incredible piece of literary brilliance. Mamet delves into every key political issue you can think of and his logic is irrefutable.

The Secret Knowledge is one of my favorite books of all time. Add it to your reading list and get ready to fall in love with an ex-liberal who literally eviscerates the insanity of the Left. Good times…

You can purchase David Mamet’s The Secret Knowledge here.