The year 2011 will go down for the nuclear industry worldwide as an annus horribilis.

On 20 June Moody’s Investors Service obligingly cut its credit rating on TEPCO to junk status and kept the operator of Japan’s crippled nuclear power plant on review for possible further downgrade, citing uncertainty over the fate of its bailout plan. TEPCO is Japan’s largest corporate bond issuer and its shares are widely held by financial institutions. TEPCO shares have plummeted 80 percent since March, dragging its market capitalization below $9 billion. Following the Fukushima crisis, including a round of emergency loans from lenders and $64 billion in outstanding bonds, TEPCO now has around $115 billion in debt versus equity of about $35 billion. It’s enough to make any self-respecting Japanese salaryman commit hara-kiri.

Farther to the west, the U.S. Nuclear Regulatory Commission is closely monitoring conditions along the Missouri River, where floodwaters were rising at Nebraska Public Power District’s Cooper Nuclear Station and Omaha Public Power District’s Fort Calhoun nuclear power plant. Flooding could complicate the restart of the Fort Calhoun plant, shut in April for refueling, as the U.S. Army Corps of Engineers expects record water release from the federal dams along the Missouri River to continue until mid-August. The failure on Friday of a Missouri River levee in northwest Missouri offered the imperiled plants a brief reprieve from possible flooding, although Nebraska officials nervously expect the river’s waters to rise again.

Completing the trifecta and adding to the perfect storm is news of a work stoppage at Israel’s secretive Dimona nuclear power station. The only thing that Dimona officials fear more than publicity is bad publicity and Israel’s Channel 10 is reporting that Dimona employees have decided to enact work sanctions after ongoing negotiations have failed to bring an end to a dispute over their work conditions. Beginning Sunday, external workers will not be allowed to work in Dimona, and the union may shut down the core completely in the coming weeks if their demands are not met. The labor dispute is between the Treasury and the reactor’s managers, who are demanding salary reimbursement comparable to that of nuclear researchers.

And the hits just keep on coming.

It is likely to be a contentious meeting. The United States provided the Nahal Sorek reactor to Israel in the 1960s as part of the Atoms for Peace Program. The reactor is under IAEA supervision and is visited by international inspectors twice a year.

Dimona, on the other hand, was supplied to Israel by France in 1958 and is widely believed to provide fissile material for Israel’s nuclear weapons program. Buttressing these concerns is the fact that Israel is not a signatory to the Nuclear Non-Proliferation Treaty and refuses to allow IAEA inspectors to supervise or even visit Dimona. Israel’s protestations over the benign nature of Dimona’s activities received a worldwide blow in 1986 when a technician at Dimona, Mordechai Vanunu, revealed an account of Israeli covert nuclear weapons production there, complete with photographs, to London’s Sunday Times. An infuriated Israeli government subsequently kidnapped him in Rome, returning him to Israel for trial on charges of treason and espionage in a closed court, where he received and served a 18-year sentence, 11 of them in solitary, for having the temerity to reveal Israel’s covert nuclear military program to the world.

According to an Arab diplomatic source speaking to Kuwait’s KUNA news agency, Arab nations are demanding that the IAEA inspect Israel’s nuclear facilities at an international nuclear security conference, which opened at IAEA headquarters in Vienna on Monday. Arab nations maintain that Israel’s unmonitored nuclear program, led by Dimona’s aging reactor, pose an unacceptable risk to Middle Eastern nations without proper IAEA supervision. Further upping the ante, the diplomatic source stated that the participating Arab delegations are renewing calls for Israel to sign to the Nuclear Non-Proliferation Treaty as well opening its nuclear facilities to regular IAEA supervision. In the wake of Fukushima such calls are certain to receive a more sympathetic hearing.

Between Vienna and labor woes, its enough to make an Israeli nuclear official wish for something more manageable, like a plague of locusts. 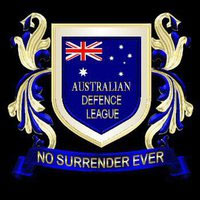 The Australian Defence League (ADL) will be demonstrating against sharia on 30 July 2011. The event will take place at Martin Place in Sydney which is between Elizabeth Street and Phillip Street (adjacent to Channel 7 studios). This will be the second demonstration organised by the growing ADL Movement which is well integrated into the global Counterjihad. The first demonstration took place in Melbourne and was designed to help develop the ADLs logistics.

Unlike Melbourne the support for the Sydney demo is huge and large numbers should be attracted. Concerns about issues related to sharia are widespread in Sydney and many people have already woken up to these.

In January 2011 the Coptic community of Sydney demonstrated about the treatment of Christians in Egypt (photos from the event can be seen HERE) which experienced Islamic colonisation in the early days of Islam. The invasion of Coptic Egypt was launched in December 639 and Coptic Christians are now second class citizens and subject to violence and intimidation in what was once thir country. The 2010 Nag Hammadi murders and this year’s new years day bombing in Alexandria demonstrate the reality of this quite clearly. The persecution of Christians in Egypt illustrates the second class status of non-Muslims in Muslim countries. Critics of the ADL may claim that sharia is not the law of the land in Australia, but neither is it in Egypt but sharia norms prevail there. Where ever sharia attitudes prevail, sharia atrocities inevitably seem to follow. If Australia wants to defend itself against sharia norms that are already being put in place and the sharia law that will come if this process is not opposed, then people need to join the ADL now. Otherwise Australia will eventually end up like Egypt or other countries where sharia norms prevail.

Ibrahim Siddiq-Conlon says the following with regard to sharia in Australia:

More about Mr. Siddiq-Conlon can be found in THIS article on the website of the Australian. The unfortunate thing is that the groundwork for his vision for Australia is already been done by well meaning liberal politicians who pander to sharia norms.

Like its counterpart in England, the ADL is keen to involve people from all ethnicities represented in the population. While campaigning against the discrimination of sharia norms it wants to educate the public against other forms of discrimination such as that based on race. The ADL would like to call upon groups like the Copts to help them in this important mission since they already understand the dangers to freedom posed by sharia.

For more information about the ADL Sydney demonstration please see the Facebook page. 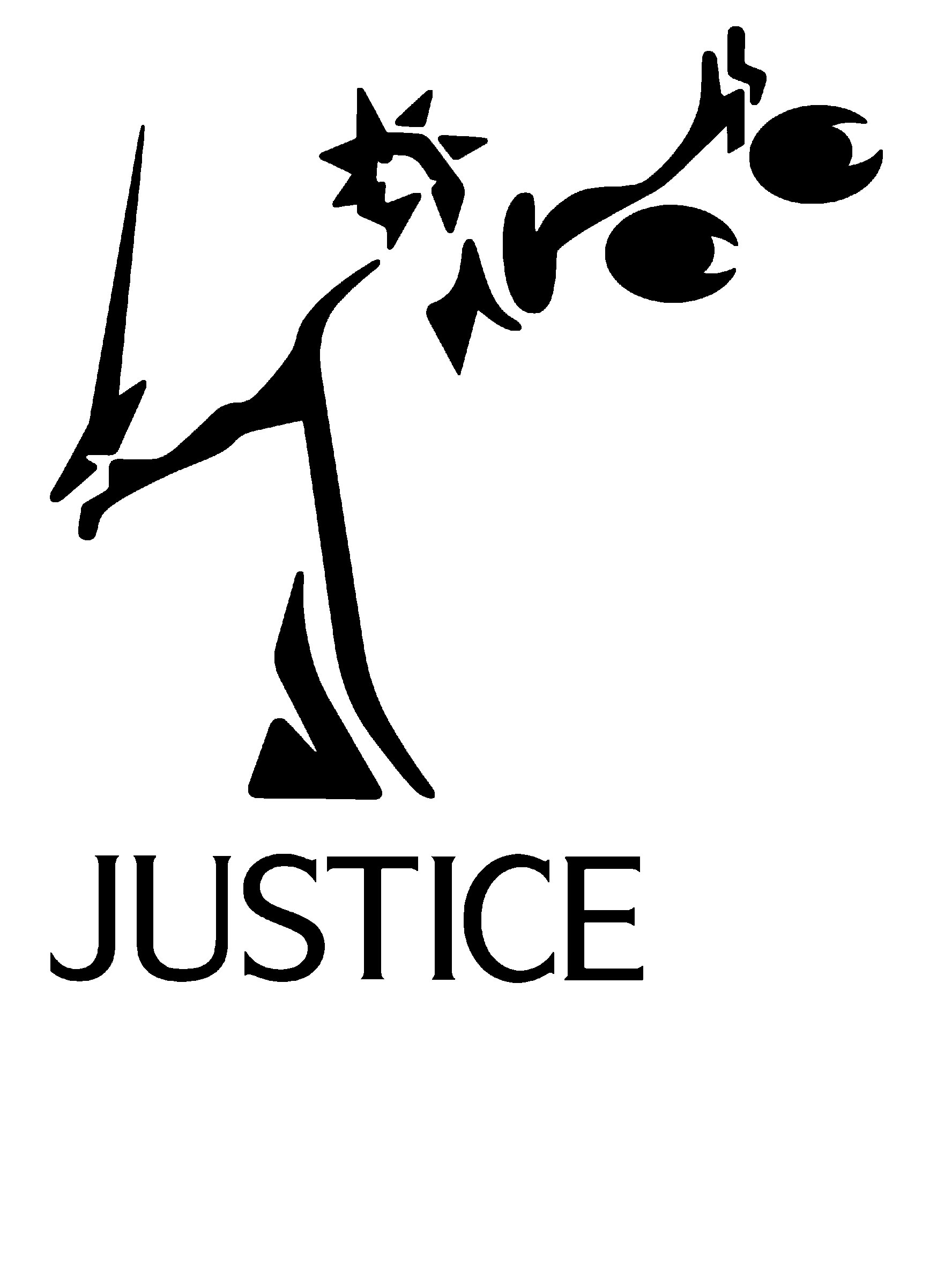 The term “justice” is being used as a weapon against all of us. Gone are the days when you can just say that you are seeking justice. Heavens to Betsy! You can’t just say that anymore… The left now uses it to define a plethora of Progressive causes. And baby, it has little if anything to do with actual justice.

On and on and on, ad nauseum… No real justice, just catch-phrase justice du jour. I am petitioning currently to have “Hellish Justice” added to the list so we can officially use it when we kick out all the Progressive Marxists. I’ll let Media Matters know when we add it to the list.

I am massively sick of all the labels. So I agree with Zombie – Justice Justice Now! Read it all. Zombie hit it out of the park once again right into the the legal lap of the Left – it makes the craven stupidity and cowardliness of the Left’s word games blatantly obvious. Oh, and Lefties… Go get a new hobby that doesn’t include the word “justice” in it. It’s just tacky. 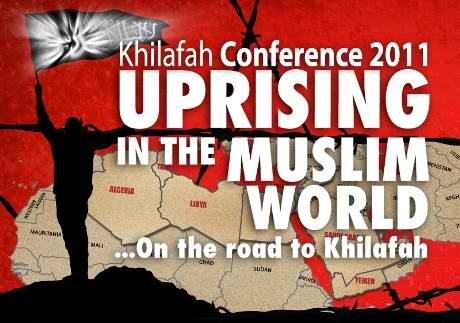