Reports indicate, John Lennon was converting by the time of his death, politically to conservatism, and in his most essential beliefs, to Jesus Christ. 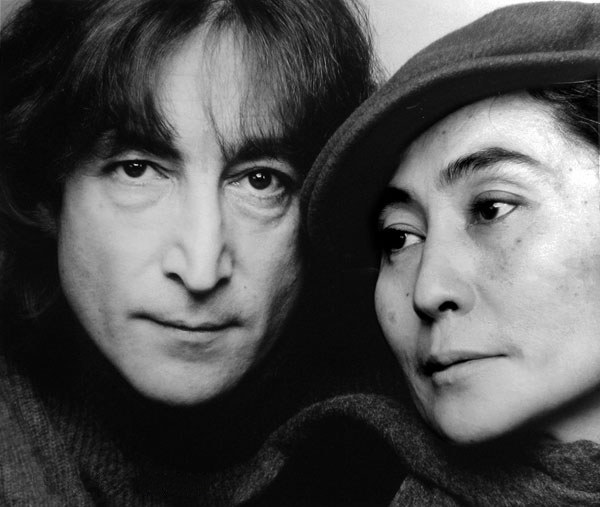 What will the ramifications be, if this is borne out?

By all means, read it at its source in the Toronto Sun, but I am compelled to give you all the words, because the whole article is of excerpt length. (If they tell me they prefer otherwise, we will be happy to crop it.)

Below that, the Gulag shows comments found on Facebook which begin to corroborate this staggering news concerning one of the foremost icons, if not idols, of contemporary leftism.

So says the Toronto Sun:

Lennon was a closet Republican: Assistant

John Lennon was a closet Republican, who felt a little embarrassed by his former radicalism, at the time of his death – according to the tragic Beatles star’s last personal assistant.

Fred Seaman worked alongside the music legend from 1979 to Lennon’s death at the end of 1980 and he reveals the star was a Ronald Reagan fan who enjoyed arguing with left-wing radicals who reminded him of his former self.

In new documentary Beatles Stories, Seaman tells filmmaker Seth Swirsky Lennon wasn’t the peace-loving militant fans thought he was while he was his assistant.

He says, “John, basically, made it very clear that if he were an American he would vote for Reagan because he was really sour on (Democrat) Jimmy Carter.

“He’d met Reagan back, I think, in the 70s at some sporting event… Reagan was the guy who had ordered the National Guard, I believe, to go after the young (peace) demonstrators in Berkeley, so I think that John maybe forgot about that… He did express support for Reagan, which shocked me.

“I also saw John embark in some really brutal arguments with my uncle, who’s an old-time communist… He enjoyed really provoking my uncle… Maybe he was being provocative… but it was pretty obvious to me he had moved away from his earlier radicalism.

“He was a very different person back in 1979 and 80 than he’d been when he wrote Imagine. By 1979 he looked back on that guy and was embarrassed by that guy’s naivete.”

link to the page

As one might expect and as the many comments to the article show, this is now being hotly debated. From an initial glance, one comment found in Facebook would concur (the bound are asking its author for permission to cite him):

Wait a sec, folks. I also posted this, because I have known anecdotally for years, from merchants and restauranteurs in his old NYC neighborhood, that Lennon had not only become a righty in his last years, but a fierce, outspoken righty wh…o would debate his fellow cafe loungers for hours, taking on all comers. Now both his son and his personal assistant have confirmed this. While all conservatives have a libertarian streak, Lennon was a Reagan Republican (BEFORE he was president) and patriotic nationalist, in love with his adopted country (he explored it quietly, by car) and pursuing citizenship. In one of his last radio interviews, to promote his final album (while alive, that is) he called his former politics “mindless,” the leftists he knew “parasites,” and his political music “artistic suicide.” About “Imagine,” which unfortunately has been turned into his posthumous theme song, he said “A pretty song. I’m still proud of the melody, but the lyrics were puerile.” One of his last charitable acts, ironically, was to buy Kevlar vests for the NYPD. And I don’t recall who on this thread mentioned it, but he was also a still-searching convert to Christianity from 1978 on. His moment came while watching television, oddly, and I have heard that he talked about Christianity as eagerly as he did politics. So–the thrust of this post is true. If you’re a righty, Lennon had become one of us.

We are looking for more corroboration or refutation and will very likely update and/or enter comments, below.

But Gulag Bound needs to be a participatory effort. If you have pertinent information, to confirm or deny, please post it in comments to this entry.

Update 10:34pm CT: We are getting further information, corroborative though complex, about a man who vacillated and groped along in this darkened world (and does not God give us that room?). “Conflicted” is another descriptor to use. We will have a major update of this article, before or in the very early morning.

Permission granted to repost Gulag Bound’s comments, above, with backlink.

h/t: Facebookers who may be named later.