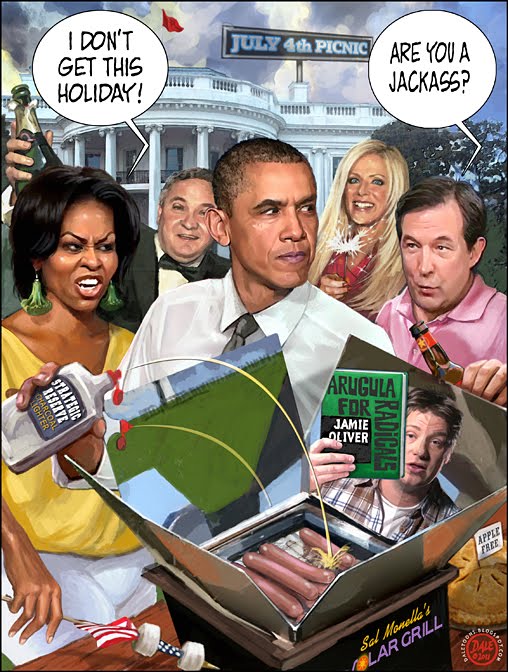 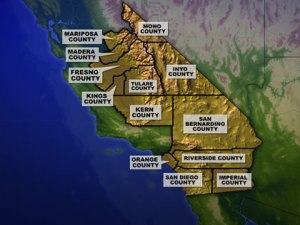 Oh, we just all wanna be big rock stars… Actually, more to the point, some Southern Californians just wanna rock their state by seceding from California proper. Can’t say I blame them. California has morphed into the state of gangs, violence, drugs, taxes, perversion and regulation. The golden state is a little tarnished these days and has taken on a distinct Marxist bent.

Should plans to form a new state by Southern California push through, it would most definitely be one of the biggest San Diego events to take place in recent years.

Looks like the new South is about to rise if Riverside County Supervisor Jeff Stone gets his way – 13 counties will part ways with California and become the US’ newest state. Here are the counties:

The creation of the new state would allow officials to focus on securing borders, balancing budgets, improving schools and creating a vibrant economy, he said.

“Our taxes are too high, our schools don’t educate our children well enough, unions and other special interests have more clout in the Legislature than the general public,” Stone said in his statement.

I like this guy. Give the man a cigar… The only thing that he wants that I disagree with is no term limits. Term limits keep politicians honest. However, they will have a part-time legislature and limits on property taxes. Great ideas.

Officials fear the cut will cripple the new cities of Eastvale, Jurupa Valley, Menifee and Wildomar. Too freaking bad! Time to slice and dice the budgets and survive. Cut and cap or get the hell out of the way…

Stone said he would present his proposal to the Board of Supervisors July 12. This guy actually gives a crap about his state. I applaud him. And guess what? CBS Los Angeles has a little ole’ poll on their site asking if Southern California should split from California proper. A whopping 88.47% say yes! Hot damn!! There is hope for America, after all.

Of course Governor Brown and his minions are less than enthused with this development:

“A secessionist movement? What is this, 1860?” Brown spokesman Gil Duran told The Press-Enterprise.

Hey, Gil… Maybe Californians should party like IT IS 1860, you Marxist freak.

The only one that is “crazy” here Bob, is you and the other politicians driving California off a financial cliff in a suicidal Progressive frenzy. Why don’t you distract us some more by leaving and not letting the Golden State’s door hit you in the ass on the way out?

I’d wager Stone and most of California is sick and tired of waiting for their politicians to get their act together and balance their state’s budget. Never. Going. To. Happen.

“The temperature has gone up in Riverside County and it seems Supervisor Stone has gotten too much sun recently,” he added.

Sorry, Bob. It’s not too much sun, it’s fiscal sanity. More like your brain is fried from too much sun, sex and drugs. You should hang with Anthony Weiner.

Hey, California! Look what your money bought… Time to clean the temple.

WI schools go from broke to flush after union curbs…