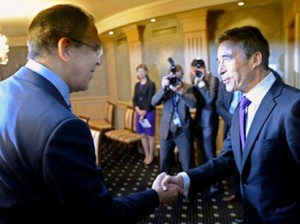 To give him his due, Ron Paul has the best understanding of economic prnciples in the House! Congressman Paul’s adviser Peter Schiff is also an economic genius.

The complaint states that RTTV provided air time for one of its employees, Adam Kokesh, to promote and raise funds for a 2012 American presidential candidate, Rep. Ron Paul, in apparent violation of the ban on political contributions and expenditures by foreign nationals.

The apparent purpose of this electioneering by a foreign corporation based in Russia is to divide and weaken the Republican Party as it enters the 2012 presidential election season, thus making it more likely that President Barack Obama and his political party will succeed.

I love Ron Paul’s economic views, but he must start distancing himself from the likes of paid Russian agent Adam Kokesh. 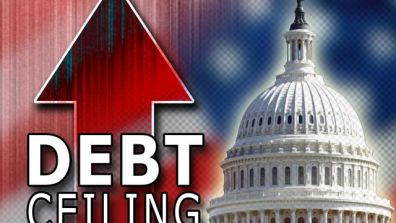 It would seem that President Obama is getting ready to sign an Executive Order to raise the debt ceiling. Once again proving that the Congress is to all intents and purposes, useless and merely political window dressing. Hello Roman Senate, goodbye American Congress…

August 2nd is the deadline to raise the debt ceiling or default. But the actual do or die date is July 22nd, because after that there would not be time to implement the debt ceiling raise. Red tape gets us all in the end it would seem.

Right now, there is no agreement. But on Fox News this morning, I caught a clip of Mitch McConnell saying that the Republicans would be open to a minor raise in the debt ceiling, so things could be worked out. That’s like saying, let’s plug the hole in the Titanic with chewing gum so we have a few more seconds before we die a horrible, debt-logged death. The guy’s delusional.

There seems to be some deal in the works where the government wants to reduce the debt by 4 Trillion over the next 10 years. And by government, I mean the Republicans. You guys wouldn’t all be on drugs, would you? Our current debt is just shy of 15 Trillion dollars and unless you are on crack, you know it will go up unless we drastically cut our spending and create jobs. 4 Trillion doesn’t even begin to cut it.

And while the Republicans may be living in La La Land, the Democrats don’t want to cut at all. Hell, just raise the debt ceiling and keep printing money. What could go wrong? Two words for you dolts – Weimar Republic.

I don’t think this is naivete, cluelessness or ignorance on the part of our politicians. It can’t possibly be. They know exactly where this leads. It ends in bankruptcy, death, blood and revolution. You would only push this monstrous ponzi scheme if you had you and yours taken care of and had struck a deal with the proverbial devil du jour.

And while DC politicians on both sides of the aisle strike deals and have drinks, Americans will be left holding the bag and paying a very high price tag indeed. Most of us have been paying for some time now.

Like I said the Dems don’t want to cut spending at all, they want to increase it. The Republicans say they won’t allow taxes to be raised while conceding they’ll cut out loopholes that will do just that. Forked tongue much? Here’s a thought Lindsey Graham… When you say ‘flatten’ the tax code, I agree, just not the way you mean. Go to a flat income or sales tax and abolish the IRS. Stop finding ways you can screw us more and maybe you’ll get one last chance to dance with the voters.

So, in the end, what will happen? It’s already being whispered and you can bet Obama loves the option – sign an Executive Order and raise the debt ceiling. Chuck-you Schumer is right there helping him. Schumer is a detestable dissembling troll. It’s a win-win from Obama’s evil point of view and an absolute violation of the Constitution. He gets to claim he’s a hero for saving America from financial default and blame the Republicans for forcing his hand. He also gets to point out how old and irrelevant the Constitution is and how it should be rewritten. Before you defend the Republicans though, remember they just wanted to kick this particular can down the road for political reasons to help defeat Obama in the next election. Just a slower form of the same deadly poison.

Here’s an idea… Don’t raise the damn debt ceiling. I know there are many who disagree, but I think you are just putting off the inevitable. It’s like giving an addict just a little more heroin. Cut and cap period. Then boot all the politicians out of office. Works for me. I’m beyond tired of Progressives on both sides of the aisle violating the Constitution and driving us over a financial cliff. Obama is unarguably worse because he is shoving us into a full-fledge dictatorship complete with media propaganda and wicked plans for a final American waltz before a restructuring on a worldwide scale.

Reminds me of one of my favorite songs:

It’s not like you to say sorry
I was waiting on a different story
This time I’m mistaken
for handing you a heart worth breaking
and I’ve been wrong, I’ve been down,
been to the bottom of every bottle
these five words in my head
scream “are we having fun yet?“

Nickelback – This Is How You Remind Me

More from The Blaze: AMERICA IS RACIST & HOSTILE: DESPERATE NEW BLACK PANTHER LEADER GOES OFF ON RUSSIA TODAY ABOUT WHAT A FEAR MONGERING, WHITE SUPREMACIST, FALSE PROPHET GLENN BECK WILL BE WITHOUT FOX AND THEN BEGS HIM FOR A DEBATE