This Needs To Be Edited Into A TV Ad

Quartzsite, AZ – The Mayor is challenged under a recall election beginning next month. Accusations have been made. The city council is persecuting the Mayor for giving the people a voice. The Chief of Police is also involved in the scandal.

Jennifer Jones is given the floor at a city council meeting open to the public. While she is speaking the council realizes she’s about to air their dirty laundry and quickly beckons their henchman to cart her off.

The Mayor steps in and says Jones has been recognized to speak and has not violated the council’s rules, but the council ignores him and has the woman removed even as the Mayor continues to contest. The police officers ignore the Mayor of the city and remove the woman. It’s obvious who those cops work for, and it’s not the people.

Listen to Rosa Koire, San Francisco liberal, lesbian and civil libertarian, reveal the conspiracy fact and evidence, as we become Gulag America. Her organization is Democrats Against Agenda 21.

If you wish to read about it too, the Agenda 21 tag lists the articles and entries of the Bound. 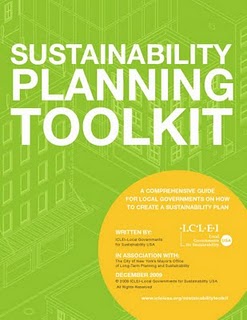 Emergency responders on the 4th of July from Journal Star on Vimeo.

The PJStar reported, via FOX Nation:

A large-scale illegal fireworks display in a housing complex adjacent to the state’s largest Fourth of July celebration turned into what police termed a near-riot Monday as tens of thousands of revelers tried to filter out of Downtown.

As the grand finale of the Red, White and Boom! event exploded over the Illinois River, emergency responders were called at 9:46 p.m. to a trash bin fire in nearby Taft Homes, where commercial-grade fireworks had been shooting into the sky since before the riverfront show began.

A fire engine and two Peoria police officers responded, but encountered what police described as a crowd of hundreds of people and an impassable Hancock Street choked with trash and fireworks — both live and spent. The debris blocked access to the burning trash bin.

Police at that point began ordering the crowds to disperse, and firefighters hosed down the live fireworks and smoldering remnants of spent shells. That’s when mortar-type fireworks began firing toward and exploding near the officers and firefighters. Some people also hurled bottles and rocks, according to police.

At least three shells exploded on the engine, causing burn marks, and one hit a firefighter in the shoulder, charring his heat-resistant gear and temporarily initiating hearing loss. Division Chief Gary Van Voorhis said Tuesday the firefighter declined medical attention at the scene and remained on duty.

One of the first responding police officers also suffered some hearing loss and sought treatment at a local hospital later in the night, according to Peoria police Capt. Mike Scally, who also was the event commander for the riverfront fireworks display. The injured officer was not admitted to the hospital and had submitted a report on the incident before ending his shift.