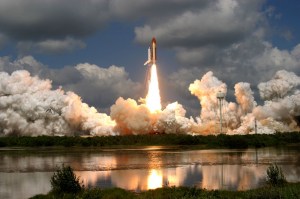 In light of the facts, it’s hard to understand why the administration wants to end these tax breaks for oil companies, other than that it’s easy to make it sound sleazy that the federal government grants “tax subsidies” to oil companies. But, as J.E. Dyer explained so well yesterday, these tax breaks aren’t “subsidies” at all. Furthermore, the tax breaks in question apply to all companies, even though politicians like to make it sound as though oil companies benefit from special breaks. What politicians are actually talking about when they propose “ending tax subsidies for oil companies” is the imposition of a punitive tax on those companies. Why? Because they’re successful? Because they provide thousands of jobs? Because they supply affordable energy for the country? An honest explanation might be nice. Report: Obama’s oil company tax proposal would jeopardize thousands of jobs « Hot Air

Are conservatives really this dumb? Is it not clear by now that Obama is doing everything he can to destroy this country? It is NOT hard to understand why the administration wants to end tax breaks. He is only proposing eliminating tax breaks because he cannot simply take the oil companies over…yet.

When your premises leave you bewildered by the actions of your foes, perhaps it is time to question your premises? Many conservatives seem to be constitutionally unable to wrap their heads around the fact that we have a US President actively intent on destroying this country. So we get these nonsense discussions about which policy is best and why is Obama not following this or that “best” policy…

Start from this premise conservatives. Obama is actively set on destroying this country. Now take a look at his policies…makes sense now don’t they? Now all of a sudden he looks pretty darn bright doesn’t he? Never, NEVER underestimate your opponent, it will get you beaten like a step-child every single time. This guy is getting EVERY single question on a test wrong and we still think he is stupid…not deliberately flunking the test.

We need to face up to this fact.

Eric Holder Feigns Ignorance of Operation ‘Fast and Furious’ Now, But He Bragged of Overseeing Its Implementation in 2009

Oh yeah, it’ll have broader effects all right. It will help bring us to our knees as a country. Which is what the Progressives have envisioned all along.

Not surprised, are you? In the name of saving us, Pelosi and the rest of the Progressives will destroy us if they get their way on the budget. They don’t care about Americans – they care about their wallets, their power, their own… They are getting ready to pound the final nail in America’s financial coffin.

Detroit Police Cruiser Goes Up in Flames on I-96: MyFoxDETROIT.com