Treasury Secretary Timothy Geithner tells NBC’s David Gregory that for a lot of people “it’s going to feel very hard, harder than anything they’ve experienced in their lifetime now, for a long time to come.”

Read more at The Washington Examiner…

Man, I wish I had their talent! If you haven’t ever visited the People’s Cube, you are missing out. Go there now, inspiring… 🙂 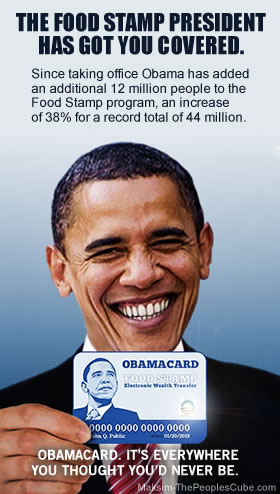 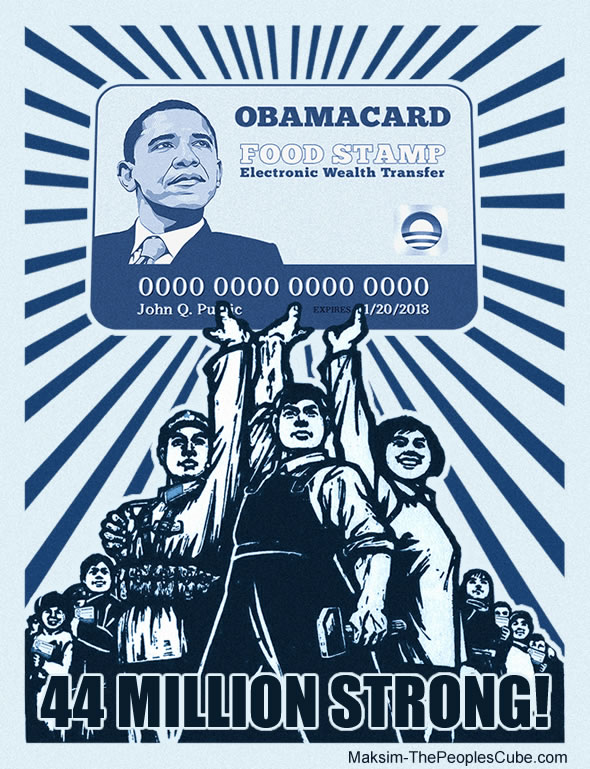 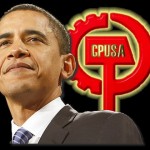 The Communist Party USA helped their “friend” Barack Obama win his 2004 US Senate primary race and hailed the result as a “victory for independent, grassroots coalition politics over money and machine politics.”

What makes Obama different is that he has also been a community organiser. He has read left literature, including my works, and he understands what socialism is. A lot of the people working with him are, indeed, socialists with backgrounds in the Communist Party or as independent Marxists. There are a lot of people like that in Chicago who have worked with him for years…

The CPUSA’s People’s Weekly World of March 27, 2004, makes it clear that the Party approved of Obama’s primary win and saw his campaign as inspirational.

Not only did the Illinois Communist Party cheer Obama’s primary victory, they actively campaigned for it. “Immersed” in the campaign, according to Illinois CPUSA organizer John Bachtell. 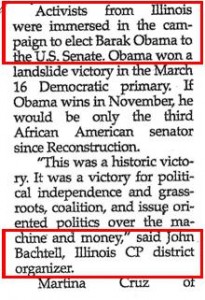 There is little doubt that Obama would have won his Senate primary without Communist Party help. The question is – why did the communists single out Obama for special attention?

What did the communists know about Barack Obama in 2004, that most Illinois voters did not?

What does the Communist Party, which still loyally supports Obama to this day, know about the US president, that most American voters still do not?

Or do the communists support Obama simply because they believe in “hope” and “change?”

Kurt Gerron, a Jewish actor/director, made a short film about the Theresienstadt camp. The footage that Gerron shot was intended to be edited into a film called either Theresienstadt. Ein Dokumentarfilm aus dem jüdischen Siedlungsgebiet (Terezin: A Documentary Film of the Jewish Resettlement) or Der Führer schenkt den Juden eine Stadt (The Führer Gives the Jews a City) but the progress of the war in that period (late 1944 to early 1945) made that impossible, so the scenes were used independently. Only about 20 minutes of the film survives.

Nazi propaganda – EVIL… They attempted to show how the Jews were taken care of and make it look good for public consumption. One monstrous lie after another. They had prisoners take off their rags and put on nice clothes. You see laughter and playing – all fake. All for the camera. All to convince the world that the Nazis were being kind to the Jews and taking care of them instead of torturing and killing them. The director was sent to his death at a death camp as soon as this film was done. As soon as the film ended, everything went back to the way it was and the torture and death resumed.

This is the only film known to be made by the Nazis inside an operating concentration camp. Germany’s Ministry of Propaganda produced this 1944 film about Theresienstadt, the “model” ghetto established by the Nazis in 1941 in Terezin, a town in the former Czechoslovakia. Joseph Goebbels intended to use the film to prove to the International Red Cross and the world that Jews were being well-treated in the camps. The film, however, is an elaborately staged hoax presenting a completely false picture of camp life. Upon completion, the director and most of the cast of prisoners were shipped to Auschwitz. Only a few survived to attest to the falsity of the film. Includes study guide. Written by National Center for Jewish Film

And this from a Progressive on the right.

GINGRICH: “We need to be cutting the government in a way that encourages entrepreneurs, innovators, investors — people who create jobs. At 9.2 percent now for month after month after month, this is the Obama depression. Housing prices have dropped deeper than in the Great Depression and it’s very clear that under Obama’s job killing policies, we’re not going to get out of this deep unemployment.”

By: John Daly of http://oilprice.com

In the past three decades the Islamic Republic of Iran has developed a well-earned sense of paranoia. First, in September 1980 Saddam Hussein invaded Iran in what he thought would be a quick military victory, but which quickly turned into an eight-year bloody slugfest, leaving an estimated 500,000-1,000,000 dead before the guns fell silent.

More recently Iran has been subjected to increasingly militant rhetoric from both Tel Aviv and Washington over its civilian nuclear energy program, with thinly veiled threats of possible military action if Tehran does not abandon its efforts, even though they are completely complaint under the terms of the Nuclear Non-Proliferation Treaty (NPT), which Iran has signed.

Now however, potential is brewing for Iran from an unexpected direction – the north.

Russia is sharply increasing its military presence in the Caspian. Russian Federation Navy Commander in Chief Admiral Vladimir Vysotskii has stated that Russia’s Caspian Sea Flotilla will receive up to 16 new ships over the next decade, while some aviation units will be transferred to the Navy from the Russian military’s southern operational-strategic command. What has really got to have the mullahs in Tehran fingering their worry beads however is Vysotskii’s promise to provide the Caspian Sea Flotilla with Bastion shore-based missile systems armed with Yakhont hypersonic missiles, which are designed to destroy surface targets at distances of up to 200 miles.

Russia’s Caspian Sea Flotilla flagship, the Tatarstan frigate, is already the most powerful vessel on the Caspian, armed with Uran missiles with a range of 100 miles. Later this year the Tatarstan will be joined by a sister ship, the Dagestan.

The Caspian Sea Flotilla is also taking delivery of the first in a series of new Project 21631 Buyan-M-class rocket-artillery ships, along with three amphibious assault ships.

The Iranian Navy has a total of approximately one hundred, mostly small combat and supports ships on the Caspian. They include three Iranian-made midget submarines (of a North Korean type that can transport a group of combat divers and have a range of 1,200 miles), an outdated Salman-class minesweeper (American-made), and patrol cutters.

Russian analysts believe that Iran however has the ability to increase its Caspian naval forces by 50 percent in short order by relocating craft from the Persian Gulf.

As for the other Caspian littoral states – Azerbaijan, Turkmenistan and Kazakhstan, their naval forces are negligible, to be polite.

So, why is Russia beefing up its naval presence?

The most likely reason is the one that has bedeviled the region for the last two decades – a final treaty delineating the ownership of the Caspian’s offshore waters and seabed has yet to be signed. While Moscow and Tehran might agree about keeping the U.S. locked out of exploiting the Caspian’s energy resources, worth an eye-watering $3 trillion, they remain at loggerheads over the issue of dividing the Caspian, with Russia insisting that each nation receive offshore waters in proportion to its coastline, while Iran insists that all five nations receive an equitable twenty percent apiece. Under the Russian definition Iran’s share would be 11-13 percent.

Complicating the issue is that international law has yet to definitively designate whether the Caspian is an inland “sea” or a lake, an adjudication which has enormous implications for both the applicability of the 1982 U.N. Convention on the Law of the Sea and negotiation of the boundary demarcation regime affecting the littoral states’ rights to significant undersea oil deposits.

Ironically, Iran has itself played the “gunboat diplomacy” card in the past. On 23 July 2001, an Iranian warship and two jets forced two Azeri research vessels, the Geofyzik -3 and the Alif Hajiyev, operating in what Azerbaijan calls the Alov oilfield on behalf of BP-Amoco, to leave the field where they were conducting surveys, which lies 60 miles north of Iranian waters. BP-Amoco immediately announced it would cease exploration activities and withdrew the research vessels. Azerbaijan denounced the move as a violation of its sovereignty and on 31 July charged that an Iranian reconnaissance aircraft had violated Azeri airspace and come within 90 miles of Baku. Ramping up the pressure, Iranian former Pasdaran Commander Mohsen Reza’i pointedly reminded Azerbaijan that the whole country had once been Iranian territory and that Iran might decide to take it back, even as the Iranian press speculated that the whole thing was a provocation cooked up by Azerbaijan who was scheming to bring about American intervention in the Caspian.

In the unlikely event that hawks in Washington ever considered, then or now, to fly the Stars and Stripes on the Caspian while taking a few potshots at the evil Russkies or the even more perfidious Axis of Evil mullahs, then geography seems to have thrown a spanner in the works, as the Caspian’s sole exit point, the Volga-Don canal, is controlled by… Moscow.

What seems to be happening is that Russia has decided that gunboat diplomacy has its uses, and an upping of its naval presence in the Caspian might finally persuade Iran’s obstinate mullahcracy that it’s time to divvy up the Caspian pie according to Moscow’s formula.

And, after all, 11-13 percent of $3 trillion is no small chunk of change, even to an OPEC member.

By: John Daly of http://oilprice.com