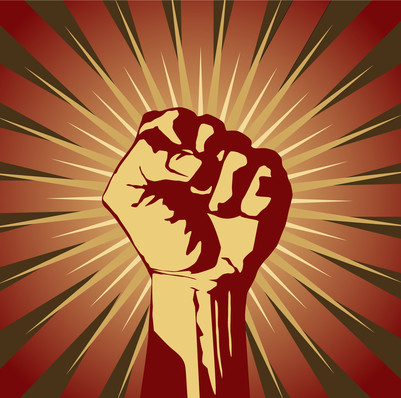 In the comments to Mark Musser’s article on Martin Heidegger, the NAZI father of the green movement and its goal of authoritarian environmentalism, someone just posted a raised eyebrow at  “Whatever ‘Marxofascist’ is supposed to mean.”

If one uses a term, he should be able to explain what it means.  That word is used often around the Gulag, so here is my reply to the Marxist commentator, humbly offered.

Since I coined the term, I’ll explain briefly.  Marxofascist is the engaging in Marxofascism and that term may be used synonymously with neo-Marxism meted out by means of crony capitalism and “public-private partnerships” as stepping stones, or Marxist power play gradualism (Gramsci-through-Alinsky), or Marxist manipulation for permanent majority rule of the proletariat (Trotsky), or communitarianism, or the looser definition of socialism.

It is collectivism by committee and ministerial council (a style of governance generally shared by Marxist and fascist societies).  In short, it is what one sees from the central banking complex and their sponsored or cooperative institutions and personages (IMF, China, Russia, EU, George Soros, Maurice Strong, Barack Obama, Ban Ki-moon, most American Democrats by default, many American Republicans in half measures, etc.).

It is a family name for two bastard brother philosophies, the adherents often having regarded themselves as rivals, but often and especially now, cooperating on the upswing of insurrection and revolution.

Another way to put it: this is the principle opponent of, and clear and present danger to human sovereignty and liberty.  There is one way to be free and there is only one direction to go, from freedom.  In America, any influence of Marxofascism and its practicing Marxofascist subversives and insurrectionists are our major enemies, foreign or domestic.