By: Cliff Kincaid, Accuracy in Media 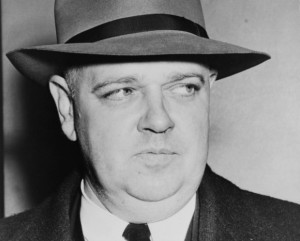 On the 50th anniversary of Whittaker Chambers’ death, July 9, it is appropriate for the media to address the legacy of international communism and the Western response. Andrew G. Bostom has written a thoughtful essay, “Whittaker Chambers, Communism, and Islam,” which examines how radical Islam is a threat comparable in its external and internal dimensions to communism.

In this context, former Soviet KGB officer Konstantin Preobrazhensky told me, “The communists have considered Islam their ally from the very beginning because in the early 20th century, Islam was the religion of the ‘oppressed people,’ of ‘the oppressed nations.’ Support of Islam was considered part of Russian-based anti-colonialism. It is very significant that Vladimir Lenin in 1917 addressed his second message to the ‘Muslim toilers of Russia and the Whole World.’ So they considered Muslims a reservoir of people for the world communist revolution.”

Bostom also makes the point that once Chambers decided to spill the beans on the communist network, it took nine years for the government to take him seriously. It was the House Committee on Un-American Activities which broke the scandal wide open.

The failure to seriously consider the nature of the communist threat continues to be manifested in such events as the nonchalance by some regarding the revelations that CIA director-turned-Secretary of Defense Leon Panetta had a personal relationship with Communist Party member Hugh DeLacy.

Fortunately, there are figures in the journalism business who are not afraid to raise these troubling issues. Columnists Diana West and Frank Gaffney took the Panettagate allegations seriously. But as veteran journalist Wes Vernon made clear in one of his columns, the issue goes far beyond the personal relationship that Panetta had with a communist. Vernon noted that a “key leader of the Cold War-era Communist underground in the U.S.” had verified the Communist affiliation of DeLacy, who was a “friend of” Panetta.

That leader of the communist underground was John J. Abt, a member of the Ware Group exposed by Whittaker Chambers. As I pointed out in my series of columns, based in part on the work of blogger Trevor Loudon in uncovering a series of “Dear Leon” and “Dear Hugh” letters between Panetta and DeLacy, it was Abt in his 1993 book, Advocate and Activist: Memoirs of an American Communist Lawyer, who had officially confirmed that DeLacy had been a secret member of the Communist Party USA while he had served as a member of Congress from Washington State. However, DeLacy had previously been identified as a communist by defectors from the party.

Abt and DeLacy, of course, could not have anticipated that DeLacy’s communist connections could ever have come back to haunt long-time DeLacy friend, Leon Panetta. This is undoubtedly why DeLacy left his papers to the University of Washington, where researchers such as Loudon could easily discover them. However, there is no indication that the FBI, charged with investigating the backgrounds of federal officials, ever took a look at them before Panetta was nominated for the position of CIA director. The letters show that Panetta, then a member of Congress, promised DeLacy, who had moved into Panetta’s congressional district, a series of documents on military and foreign policy matters. In the 1980s, Panetta opposed every major U.S. weapons system and actively undermined President Ronald Reagan’s anti-communist policies in Latin America and Europe.

Abt’s identification of DeLacy as one of “two Communists who were elected to Congress”—the other being Johnny Bernard from Minnesota—is extremely significant because Abt spent most of his legal career as chief counsel for the Communist Party, and “At one point during the Cold War, he was a key member—at one time the leader (according to Whittaker Chambers in his literary masterpiece Witness)—of the secret Ware Group,” Vernon notes.

He goes on, “The Ware Group operated underground in the nation’s capital. It was a covert organization of Communist Party operatives within the U.S. government. It served to aid Soviet intelligence by passing information, as well as assisting the Communist Party. The spy ring held some of its meetings in Abt’s Washington apartment.

“Abt himself wormed his way into key government posts: the Agricultural Adjustment Administration (AAA); the Works Progress Administration (WPA); the Security and Exchange Commission (SEC); the Senate Subcommittee on Civil Liberties Violations (the LaFollette Civil Liberties Committee); and the Department of Justice (DOJ). In each of these posts, Mr. Abt held influential positions.

“On November 22, 1963, after the assassination of President John F. Kennedy, Lee Harvey Oswald asked that he be represented by John Abt.

“That is a thumbnail bio of the man who would later openly boast in writing of the Communist Party’s ability to elect Hugh DeLacy to the Congress of the United States (albeit for one term before the voters dismissed him).”

It was also a reason, Vernon says, to consider Panetta’s friendship with DeLacy as relevant in 2011.

Although the Senate confirmed Panetta, this does not mean that the controversy goes away, especially since Obama gave Panetta the task of slashing our national defense capabilities. At any time the Senate can—and should—revisit the controversy over Panetta’s ties to DeLacy.

In Witness, Chambers recounts that Abt took the Fifth Amendment when asked about his CPUSA membership by the House Committee on Un-American Activities. He even declined to answer a question about knowing Chambers. It was a cover-up of monumental proportions.

But while we know much about the secret network, we do not know everything.

The Ware group was a communist underground apparatus in the nation’s capital. But Chambers said he was asked by “Comrade Peters”—J. Peters, the head of the underground section of the CPUSA—to move some of the “career Communists” out of the New Deal agencies, “which the party could penetrate almost at will,” into some of the “old-line departments,” such as the U.S. Department of State. That is when Peters introduced Chambers to Harold Ware.

“The Ware Group was a background and a base for my activities, from the time I arrived in Washington, in 1934, until I broke with the Communist Party, in 1938,” Chambers wrote.

However, the Ware Group was divided into “two sinister stems”—the Soviet espionage apparatus, and the apparatus associated with such figures as Alger Hiss, later convicted of perjury for denying he was a communist spy. The second apparatus was “more important” and “still lies in the shadows,” Chambers ominously wrote in 1952.

Hiss, Chambers wrote, “was no ordinary Communist. My own first impression of him had been brief, but his manner told me something, and from Peters and Ware, I had learned enough of his background to know he was highly intelligent, but without real Communist experience. Like almost all the Washington communists, he belonged to a new breed—middle-class intellectuals who had gone directly underground without passing through the open party.”

It is this Alger Hiss who continues to fool Washington policymakers to the present day.

It is certainly significant that Anthony Lake, described by the Financial Times as one of Obama’s “intimates” and once thought to be his first choice for CIA director or some other national security post, had expressed doubt as to whether Alger Hiss was really guilty. (Lake was considered unconfirmable by the Senate and was eventually given the position of executive director for UNICEF.)

AIM members had sent the following (unanswered) postcards to Lake, a Professor at the School of Foreign Service, Georgetown University:

It has been reported that you are now backing and raising money for Senator Barack Obama for president. Since that means you have an influence of some kind on his thinking, especially in foreign affairs, we would like to know the following:

(1) Do you still doubt that Alger Hiss was a Soviet spy?

(2) What Is Senator Obama’s position on the question of Hiss’s guilt?

Thank you for your attention to these matters.

We don’t know anything about Leon Panetta’s view of Alger Hiss’s guilt. We also don’t know anything about his view of the relationship that he personally maintained over a period of many years with Hugh DeLacy, who had traveled to Communist China to meet with Soviet and Chinese intelligence operatives. Senators, including so-called “Reagan Republicans,” refused to probe these matters. But we do know that Panetta inserted a tribute to DeLacy in the Congressional Record, praising his resistance to “McCarthyism.”

In retrospect, this is even more frightening than Anthony Lake expressing doubts about the guilt of Alger Hiss.

The attacks on this writer and Trevor Loudon because of our unassailable research on Panetta demonstrate that there is an extreme vulnerability in the background of the Secretary of Defense that cries out for examination. The answers may lie in the “shadows” that Chambers talked about.