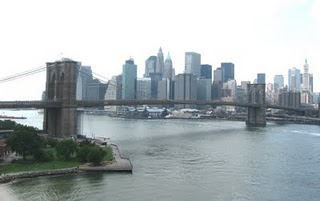 There’s a story out of New York by Taylor Hatmaker, Secret Service raids Apple store artist for snapping 1000 spy photos, that caught my attention the other day. The secondary title was a bit more accurate, “A young digital artist secretly recorded shoppers peering into computers at New York Apple stores.” Too late, I was already looking for James Bond behind every iPad.

The article indicated Kyle McDonald asked for permission to install a computer program of his own design which would secretly take photographs of potential customers as they contemplated purchasing items at the store. McDonald collected the photographs to make a short artistic video which he posted on the internet; a video which is no longer available for viewing.

Who hit the alarm button, the one to alert Homeland Security, Secret Service, the CIA and MI-6 to save us from having our pictures being taken in a public setting? “All units, unauthorized picture taking on 14th Street; seek and destroy. Call out the black ops helicopters and get Maxwell Smart out of retirement! The security of our civilized society is now at Defcom 3.” Somebody took photographs in New York City; oh my heavens, call out the guard!

“The stealthy undertaking resulted in the confiscation of McDonald’s two computers, his iPod, and some other storage devices, but it isn’t yet clear if McDonald was actually in violation of any laws. While the Secret Service warrant cited ‘computer fraud’ as the cause for the raid…”

Did you catch that, “it isn’t yet clear if McDonald was actually in violation of any laws?” The “state” always knows best so it must be for our own good.

I’m sure the Patriot Act extension signed by Obama covers a wide range of terrorist activity via its ambiguous wording, enough for an unnamed federal judge to sign a warrant giving the Secret Service authorization to seize “McDonald’s two computers, his iPod, and some other storage devices.”

So, exactly what laws were violated? Please be specific. We the People want to know the definition of “for our own good.” Not too long ago, Homeland Security Secretary Janet Napolitano said she stands by the report, which lists returning veterans among terrorist risks to the U.S.

Without the rule of law, our foundation cracks and falls apart. If our individual liberties are at the whim of whomever is in power, then our nation is doomed. For what is liberty without a clear understanding of private property rights?

“If the declaration of independence is not obligatory, our intire political fabrick has lost its magna charta, and is without any solid foundation. But if it is the basis of our form of government, it is the true expositor of the principles and terms we have adopted.” (John Taylor 1823)

Where is the line drawn in the sand? The one which identifies tourist activity from terrorist activity? Shouldn’t reason and common sense be used to determine criminal intent or has common sense been thrown out and Zero Tolerance taken its place?

If someone takes pictures of the Brooklyn Bridge while on a trip to New York, could they be arrested for planning its demise based merely on the image stored on the camera’s memory card? What if they took pictures of some of the characters seen at Wal-Mart; not that anyone could be embarrassed with a few “candid camera” shots there.

Glenn Harlan Reynolds wrote an article which explained, “Taking Photos In Public Places Is Not a Crime,” giving generally accepted rules which apply regardless of the fact that too many officials think otherwise.

“Legally, it’s pretty much always okay to take photos in a public place as long as you’re not physically interfering with traffic or police operations. As Bert Krages, an attorney who specializes in photography-related legal problems and wrote Legal Handbook for Photographers, says, “The general rule is that if something is in a public place, you’re entitled to photograph it.” What’s more, though national-security laws are often invoked when quashing photographers, Krages explains that “the Patriot Act does not restrict photography; neither does the Homeland Security Act.” But this doesn’t stop people from interfering with photographers, even in settings that don’t seem much like national-security zones.”

I ask once more, getting back to the original article that got my blood pressure up a notch, where in our laws is it written that the Secret Service can confiscate McDonald’s personal property simply for taking pictures of folks shopping for a computer? Exactly what laws were violated? Please be specific. I know; it must be for our own good.

“Of all tyrannies a tyranny exercised for the good of its victims may be the most oppressive. It may be better to live under robber barons than under omnipotent moral busybodies. The robber baron’s cruelty may sometimes sleep, his cupidity may at some point be satiated; but those who torment us for our own good will torment us without end for they do so with the approval of their own conscience.” – C.S. Lewis

3 thoughts on “Entering Police State (for your own good)”