“Wait a second, you’re a singer. You’re a journalist AND you’re a conservative,” he said, rather surprised.

“No, it’s just unexpected … and rare,” he responded.

I’ve been meeting a lot of new people lately. This is a blessing and a curse in Washington DC, as sooner or later politics WILL come up. It’s just how things are around here. And as a singer in a band, I encounter a ton of people who gravitate towards the band’s sound, my voice or something I’ve said on stage and conversations start.

Sometimes, these conversations are uncomfortable and the person I am talking to kinda backs away slowly when I mention conservatism or anything seen as ‘right-wing’ .. And other times, intense conversation takes place. 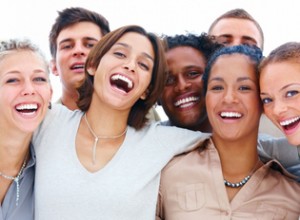 What I find though, is we as conservatives are bound to stereotypes so entrenched in the mind of the general population it’s hard for anyone to see us as who we really are. It’s like the minute I voice my political views and they’re of differing opinion, I am no longer the cool person who just caught their attention singing ‘Kiss Me’ or some other fun-loving song on stage. I’m now, just a conservative. Not a person. Not a pretty voice. Just a conservative, as defined by the media.

I know it all goes back to getting rid of labels and we can preach until we turn blue about how we want the left to see us for who we are and not the fanatics within our faction or the way the media paints us. But that’s a passive way of getting other people to take responsibility for the change we need to insight. Our preaching at, or to each other doesn’t get the job done. It just passes the buck, so to speak. We need to live the change we want to see and work towards it.

When I am in conversation with liberals I work with or perform with (I am the only conservative in my band), I often find myself saying “there are extremes on every side. So, I’ll stop dumping all you libs into one bucket if you’ll stop doing the same to us conservatives.” … And while in theory it’s a great thing to say, I’ve realized once again my saying it has thrown first draw on the liberals … and as long as they don’t change, I’ve not obligated myself to change either.

In very plain English, I am sick and tired of being seen as something I am not. As in pretty much every group, there are degrees, levels and diversity in membership and ideas.

This is how great thought and debate happens. This is how we redefine positions, make change and also grow as a thoughtful people. We all share, strategize and sometimes, see things through the eyes of people who’ve experienced their patriotism in different ways.

What ever happened to us not judging people for one aspect of their lives, but as their whole? Actions of many are louder than the actions of one if we simply don’t allow those fanatical actions to overshadow us.

Case in point: Do we condemn airlines as a whole because one plane crashes? Do we demonize the entire industry and stop flying? No. We know the odds. We know airtravel is safe and the accident rate is low. So why aren’t we as forgiving with actual people when it comes to the fanatical factions within them?

Conservatives are doctors, lawyers, TV directors, actors, journalists, singers, seamstresses, Wall Street tycoons and a ton of other things. Some are church goers, some aren’t. Some believe in God, some don’t. But for some reason, all that is forgotten when we actually tell people where we stand. We just become ‘that conservative over there …’ or …‘that right-wing fanatic.’ All of our coolness disappears and we’re nothing but a label, defined by other people … people we don’t agree with.

The passion and emotion political views insight on either side fuel the negative opinion this world has of us. It makes it to where we sometimes are only comfortable talking about our views in our own circles. Or we are afraid to tell others who we are because we don’t want to be judged for one aspect of our lives.

But it really does need to be our mission to change perception. Every single person knows perception is reality … and the perception the media puts out there – that our President puts out about a group of his own citizens – is tainted, disrespectful and flat out wrong. We need to defiantly say we’re not going to take it any more and we are going to show this country who we are.

Does being a conservative mean we’re not a group of kick-ass fun-loving people? Damn, I don’t think I got that memo … at least I hadn’t when I was out at the roller derby last weekend (first time ever …and it was a good time) hollering it up with a bunch of my girlfriends (maybe they passed that memo out at the last Glenn Beck rally, which apparently all conservatives attend …) …Or maybe it was said from the pulpit during that Sunday service I missed a few weeks back (because the roller derby was REALLY fun) …

If we want to take back our country we have got to show the brainwashed who we really are. That we have high standards, but are as human as they are. That we have a vision and a reason for believing what we do – and we still know how to live. This may seem superficial, but we’ve been painted into a grey-suited box, complete with pocket protector and fire and brimstone Bible …

So are we going to do something about it? Or are we cool with letting the ‘I’m rubber, you’re glue’ mentality we’ve let run ruin our conservative reputations and perception for … oh, let’s say … FOREVER …keep us boxed in?

If you agree with what you just read, take action — send this article to 5 friends or acquaintances who need to get a new opinion about conservatives … it all starts with 1 step.

Let’s mobilize. Let’s show who we are – the real us … and let this world know we can debate AND party with the best of em and we’re not ashamed to be called Conservative … but it’s on OUR terms. Not theirs.

One thought on “Conservatives: Need to Change Perception NOW”