2.0 The Blogmocracy: Norway Youth Camp had a boycott Israel rally After reading this lunatic’s manifesto, it became clear why he attacked this youth center. It was a Leftist indoctrination camp. One of the activities at this camp was the demonization of Israel. In fact, when the shooting began, some thought it was a simulation of what they are taught, Israel does in Gaza.

“Some of my friends tried to stop him by talking to him. Many people think on the island that it was a test … comparing it to how it is to live in Gaza. So many people went to him and tried to talk to him, but they were shot immediately.” – Adrian Pracon

Why would these kids think this? Clearly there was anti-Israel/Jewish indoctrination going on. In fact, a few days before the shooting, the Norwegian Foreign Minister attended a boycott Israel event at this camp…

Commenter newsjunkie_ky on the above Blogmocracy thread posted the following link:

Prime Minister Benjamin Netanyahu issued a statement on Saturday night offering his condolences to the Norwegian people, one day after a Norwegian extremist carried out a bombing in the government center in Oslo, killing seven people, before heading to an island summer camp for young members of the governing Labor Party and killing at least 80 people, many of them teenagers.

“The Israeli people identify with the deep pain and grief of the Norwegian people,” Netanyahu said in his statement.

President Shimon Peres also sent a condolence letter to the people of Norway, saying, “Israel is shocked and feels the pain of the Norwegian people over this heinous murder of innocent young people. Our hearts go out to the families who lost their loved ones and we pray for the healing of the injured.”

Peres also wrote to the king of Norway that Israel was ready to offer any assistance necessary.

Ayalon told Israel Hayom, “I offered help in rescuing victims, as well as medical and forensic assistance for identification. Unfortunately, we have an advantage in these fields because of the attacks that have taken place in Israel.”…

This stands as one more example of the nobility and magnanimity of the nation and people of Israel as benefactors of humanity.

Magnanimity is a sadly unfamiliar concept these days. The word is falling into obscurity. Let me take this opportunity to breathe fresh life into it:

1. generous in forgiving an insult or injury; free from petty resentfulness or vindictiveness: to be magnanimous toward one’s enemies.
2. high-minded; noble: a just and magnanimous ruler.
3. proceeding from or revealing generosity or nobility of mind, character, etc.: a magnanimous gesture of forgiveness.

The hypocrisy of the left

I had better hear a *LOT* of the ‘we need to understand why this was done to us’ babbling from the Left, like was done after 9/11.

After 9/11, every liberal and his friend explored every way possible that America was responsible for causing the Muslim Jihadis to strike…

…now I want to see them genuflect on why they provoked Anders to strike.

I have a few suggestions:

Add your own, Blogmocracy Community. You have my permission. 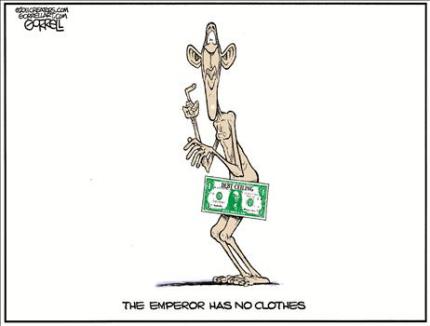 This video is the “DEFINITION” of Racism.

The black-led South Central L.A. Tea Party (whose motto is “Power to the People”) has finished a protest against the NAACP at the organization’s 102nd annual convention in Los Angeles on July 24. The group is headed up by the Rev. Jesse Lee Peterson, president of BOND Action (the Brotherhood Organization of a New Destiny) many thanks to [email protected](http://www.bondaction.org/)

The guy in this video is a racist and a liar. Stone cold. Not very bright either.