Back in the 80s, Wendy’s, the fast-food giant, ran a very successful ad campaign known as “Where’s the beef?”…

Perhaps the Republicans should revise the famous line for an ad campaign and call it “Where’s the plan?” 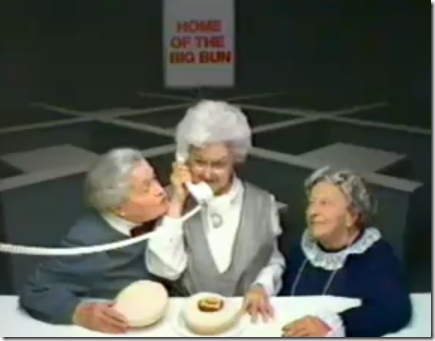 Obama has spent his entire presidency talking about “his plan” while denigrating and disparaging plans of other serious legislators or endorsing plans crafted by busy tax-and-spend congressional Democrats. He famously referred to “his plan” during the health care debate, promising all sorts of goodies to everyone with an interest with statements like “if you like your plan, you can keep it,” while assuring us all that his plan would lower costs and insure more individuals, regardless of the economic illogic of this argument.

In the end, the law forever stamped as “Obamacare” was a 2,000+ page hodgepodge thrown together by years of busybody work from the desk drawers of congressional staffers, professional theorists and lawyers, all with an interest in increasing the regulatory and taxation State. We never actually saw Obama’s Plan, because there wasn’t one. None of his comments or predictions had to be true, because, well, at the time the plan wasn’t his. Now he owns it.

When Paul Ryan presented his Road Map — a serious long-term budget proposal that seeks to incrementally decrease the burden of runaway entitlements with as little pain as possible — Obama dismissed it as “anti-American”. Reasonable people can disagree with aspects of Ryan’s plan, but to simply dismiss it as anything less than a serious attempt to get us on the road to fiscal recovery is not serious leadership.

At best, it’s agitation from a community organizer.

He never made any serious argument against any specific aspect of Ryan’s proposal, nor has he presented any written alternative, serious or otherwise.

The debt ceiling debate continues this pattern. Obama’s idea of leadership has been speechifying, slandering his political opponents, and using scare tactics. Arguably a low point in his presidency was reached when Obama stated in an interview with CBS he couldn’t guarantee Social Security checks would go out in August.

So is Social Security really not so secure after all? This comes from the leader of the party that not only assured us there was such a thing as a Social Security lockbox (or Trust Fund), but has spent decades lampooning the idea that we should privatize even a portion of Social Security. (You know, those dangerous market fluctuations.) Now we’re told by the very people who have screwed up our country’s finances to the point where default is a real possibility — because of their own mismanagement — checks might not go out.

Apparently most unionized federal workers will be safe, but Grandma and Grandpa? We just don’t know … If there’s no debt ceiling agreement by the default deadline, the Treasury could simply sell those treasury bonds they use as IOUs whenever they grab money from Social Security, and avoid the debt ceiling all together. Does Obama not know this? Or is it more likely he wants to scare people into calling their representatives, as he suggested in his speech Monday night? Get in their faces! (Community organizer school 101.)

And what does he have against people who use corporate jets anyway? Doesn’t he know they’re just trying to avoid his TSA gropers? If Republicans knew how to defend themselves, they wouldn’t let this class warfare talk slide. They’d say “Why does this president want to punish the hard working men and women who make the corporate jet industry work? Who build and service and fly planes? Who transport the fuel? Who run the facilities? Why are they being attacked by their own president?”

Meanwhile, the bottom 50 percent of earners pay a measly 2.7 percent of the federal income tax burden, which is a third of what they paid at the dawn of the Reagan presidency in 1981. But according to this president (the “adult in the room” as the mainstream media likes to call him) we need to squeeze even more revenue out of those jet-setting rich guys so that the bottom 50 percent can continue paying next to nothing, and ostensibly continue to vote Democrat.

Where does it end? If we’re to believe some of the polls, we’re to believe that a majority of Americans want the debt ceiling raised and the so-called “rich” to provide more “revenue” so that this president can continue his profligate ways, which has resulted in a share of the debt equal to $45,000 for a person born today. Republicans should take advantage of Obama’s lies, distortions, and demonizing. Explain to the American people that THIS government, run by THIS president, has treated THEIR money like Monopoly money. It’s their mess to clean up, not ours. Maybe it’s time Obama and the government he runs sacrifice and do with less.

These people have run up the largest debt in human history, and yet continue to ask for more from the people who are working and traveling on corporate jets so they can make a profit providing goods and services the rest of us want or need and creating jobs in the process. If Obama gets his way and gets a debt level and tax increase, where does it end? How high is too high?

It’s easy when he doesn’t have to provide an answer to those questions. Perhaps the Republicans need to fight fire with fire, find a little old lady of their own to go on TV, and ask: “Where’s the plan?”