If there is no clear path out of this morass by tomorrow, sources say that administration officials will likely brief the public on how the Treasury Department will try to handle the bills Congress mandates that the government pay given a situation where Congress has not given them a way to do so.

Look for that briefing to come no earlier than Friday after the markets close at 4 p.m. ET, sources say.

Officials are most concerned about paying the interest on the existing debt, since failure to do so would result in default and almost certain immediate market panic, as well as questions about how Treasury would be able to roll over a pre-existing $87 billion in debt that comes due next week.

After that — a list of priorities, not all of which that can be met. Social Security checks? Medicare? Government workers? Pentagon contractors? Troops’ salaries? The FBI?

Vice President Joe Biden and Senate Minority Leader Mitch McConnell have been talking privately about a possible way forward should Boehner’s bill fail in the Senate, which seems likely, according to sources familiar with the talks.

Any path forward if the House GOP bill fails in the Senate would likely be some compromise between the House Speaker John Boehner’s bill that would raise the debt ceiling for six months and Senate Majority Leader Harry Reid’s, which would raise it through the beginning of 2013. Their two proposals each seem doomed to fail in the other’s chamber. 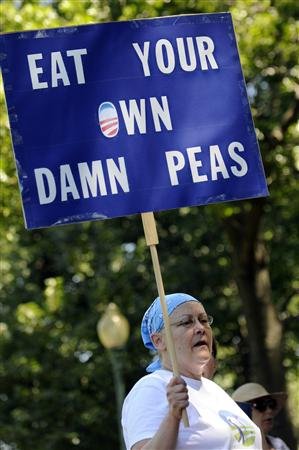