The $1.75 Trillion Cost of US Regulation Is Twice the Amount of Individual Taxes Collected

I usually don’t answer calls with “unknown” in the caller ID window. They’re just not likely to be interesting. But today I was expecting a call from an unfamiliar location, so I picked it up.

Imagine my surprise at finding a fundraiser for the Republican National Senatorial Committee on the other end, lurking behind the “unknown” caller ID. I was unprepared, but I couldn’t resist the opportunity to talk to a real Washington Republican on my own terms. So I began, “you’ve probably heard a lot of this, but… Not. One. Thin. Dime.” 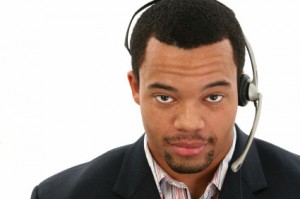 I told him I only support candidates directly, due to my disappointment with (and disgust for) the inside-the-beltway Republican party’s failure to stand with people of principle. He immediately went into overdrive, gushing with eloquent answers to my objections, and for a few moments there I have to admit he was compelling. He complimented my passion and said I was exactly the kind of citizen they need to be involved on this level in order to bring change. When challenged, he was quite the salesman.

So I raised the subject of O’Donnell and Angle, asking why the RNSC had not supported them more. He protested, saying they had given the maximum allowed by law, which was $42,000. I knew that. I told him I could probably raise that much in my own NEIGHBORHOOD, such was the anger where I live at the direction the country’s headed.

At this point in our spirited exchange he could no longer resist snark, allowing I was lucky to live in such a wealthy neighborhood and we all ought to work together so others can prosper as I have.

At that point I watched my fist clench on the desktop and sensed my face blooming in the genuine anger I have felt over and over again toward establishment Republicans, supposedly “on my side” in this struggle.

I explained it wasn’t the wealth of my neighborhood that would result in big fundraising, it was the ANGER, and much of it was directed at people like him for so many failures of principle. I asked if his committee had sent any organizers into Nevada or Delaware or Alaska, any celebrities or spokespeople to campaign with party candidates or for them, if they’d done anything at all besides give the legal maximum (which, if it’s that small, makes me wonder why a whole committee exists in Washington to distribute what is an inconsequential sum of campaign funds.)

He demurred, returning to the theme of necessary unity. But I knew if people like Karl Rove were on TV every day talking about how disastrous it was to elect O’Donnell in a primary, then it was unlikely the Republican machine was boots-on-ground trying to help her win. And a friend in the know confirms that the state, and national, Republicans were more hindrance than help. Tres gallant, mes amis.

I pointed out Fiorina and Whitman had lost in the same manner as Angle and O’Donnell, trying to show him my disgust at the snobbish “centrist” tack my party refuses to abandon. His response left me slack-jawed.

We cannot win in California, he said. “Nobody with an “R” next to their name is ever going to win an election there.” This from a well-educated, compelling, charming young RNSC fundraiser, doing the hard work in the trenches for the party.

We cannot win, ANYTHING, in California.

I wasn’t snappy enough to ask if any constitutional conservative candidates had been put up by the Republican party for high office in California, but of course the answer is no. Not OUR Republican party. And sure, when they run liberal Republicans the voters just go for the more liberal Democrat.

I have to agree with him on California. We will never win there again – if we don’t run some CONSERVATIVE candidates! And with our beltway Republicrats in charge, that’s just a nonstarter.

I am not saying conservatism is an automatic winner in the Golden State, just pointing out the old “definition of insanity” thing. And a de facto abandonment of an entire state by my party makes me FURIOUS! So many lives ruined by leftist spending and taxing, by excessive government, from the now dusty “former farms” of the central valley to the cities that have taxed so many businesses into exile. And from my own party in DC the man on the phone condescends to explain to me that “nobody with an R next to their name can win” there. But I’ll bet they sent the $42,000 to their candidates in California!

So his committee wastes money on what he says are “unwinnable” elections, but he wants me to donate more? Both fists clenched now, teeth grinding, looking for something to throw across the room.

I told him once more that unity was worthless without principle, that I would rather see chaos on Capitol Hill than a unified march toward financial collapse, the destruction of any future for our grandchildren, and the eventual loss of our national sovereignty due to international debt.

He tried again to convince me the intransigence of people like me diluted the value of our efforts, and that we must work together or we cannot win. And he went to the snark box again, suggesting if I understood politics so well, perhaps I should run for Senate.

At this point we both knew it would not end well. Soon the “who will hang up first?” contest was on…

Not. One. Thin. Dime. Republican fundraisers, copy and paste and distribute this letter on all your email lists, as a perfect example of how NOT to raise funds from angry principled Americans.

I choose where I donate and on whom my donations are spent. I DO NOT TRUST YOU TO DO IT RIGHT. Especially after today.