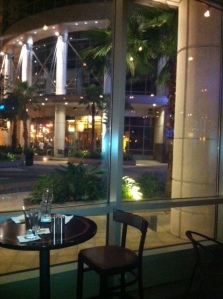 The other night while dining with politi-pals in Orlando, the conversation got a bit passionate over the role the RNC played in helping 2010 candidates get elected, and the viability of the organization now. I was told by the RNC defenders among us that contributions have reached a record high, disputing my contention that campaign contributions are better sent directly to individual candidates. And that the RNC is Establishment Washington ruling class GOP elite and as such, no longer has a place at the table now being set with teacups and teapots by a growing number of Tea Drinkers.

Fast forward to the present, less than 48 hours later….

In a totally unrelated set of circumstances but making my point, I just now received an email from Big Dave in Dallas, in which he described a conversation he had today with an NRSC telephone solicitor. I’ll let him tell the story.

Got one this morning from the National Republican Senatorial Committee…

I told him not one frickin’ dime. He switched ON, he was VERY compelling… clearly had been fighting this phenomenon for some time.. “we can’t win unless we’re together”…

I told him unity without principle is WORSE than division, because it enacts BAD policy that sinks the country and people pretend to have won victories. We talked about Angle and O’Donnell, and he insisted they’d given the maximum allowed by law to every candidate.. $42k. I asked him if the RSNC had sent any spokespeople to campaign with those two or organize anything above and beyond the money, which I told him I could probably raise on my BLOCK because ordinary people are so angry now. He got smart aleck, saying it was nice that I lived in such a good neighborhood that I could raise that much money on my block.. that REALLY pissed me off… because it isn’t the WEALTH I’m talking about, it’s the ANGER, people are involved now like never before, giving like never before, to CANDIDATES. After he realized how much I understood about current politics, he condescendingly suggested that I should run for the Senate. What an ass. But he was determined.

IN the end he failed. And he knew it. It was a matter of who would hang up first, so I did. 🙂

Of course they didn’t HELP O’Donnell or Angle. Republicans were already upset about them having won primaries, already expecting them to lose and unwilling to “taint” themselves by supporting the “extreme” candidates. I am certain many Republicans helped Murkowski beat Miller on the sly. And when I pointed out Fiorina and Whitman lost also, he loudly defended Republicans by saying NO REPUBLICAN CAN WIN IN CALIFORNIA, so their losses were meaningless! So why not yank all republican spending from there and get busy in places we can win? What an idiot.

But we had our hang-up contest (which I won 🙂 before I could ask him if any real constitutional conservatives had run in California in the last thirty years.

It’s my view that no LIBERAL republican can win, because liberal voters just vote for the MORE liberal democrat. But nobody tries a conservative candidate there. Because the Republican party disdains them, PERIOD. They will NEVER try, and this man’s comment proves it. The Republicans have given up on California.

Is that not the cruelest thing anyone can imagine? How much suffering will be inflicted there, how many families uprooted, impoverished, forced to go somewhere like Texas even though they don’t want to leave and have nothing to leave with? And how likely is is that California will someday be some kind of communist outpost from which they will threaten the rest of us?

Our party has abandoned the Golden State. The RNSC guy said so.

Another participant in this email thread replied with his experience. Here’s Shawn:

Either way, to relate a similar experience with the NRSC and RNC I was, at one time a max out contributor and as you might imagine, they continue to send one after another of the “you’re soooo important, you’re so exclusive, here is this so very special one of a kind card!” Please give again, oh please please please!?

You ventured from our core values, from fiscal responsibility, and from Constitutional governance in favor of nuanced debate on issues that have no place in political discussion when our country is in such dire circumstances, morally, ethically, fiscally, and spiritually. The abandonment of truly conservative candidates because they ventured from the middle is the act of cowards and I will not be aligned with cowards. The cowardice is one which I would have never tolerated in the Navy, nor in Executive Protective Team and I will not tolerate it in political circles either.

I am a Constitutional Conservative, call me an RWE if you like, fail to defend me if your fiber is so weak, but I will stand for our founding documents, their values and what I believe to be Divine direction for our country that is now so obviously abandoned. Let us speak the truth, let us speak it unashamed. Call Obama what he is, caring not for the skin color you share as a tool of battle but as an immaterial fact that has no place in the discussion or consideration. Call out the TREASONOUS acts of Reid, Pelosi, and so many more. Call out for a deeper discussion of Obama’s past, present, and future replete with FACTS not speeches. Call him out and those who fall entranced to his frilly whipped up emotionalism speeches with no fact, in fact a bucket full of plain out lies that we CAN Document for Pete’s sake!

Stop being chickens! We just are represented by a bunch of wimps! This is not how this country was founded, nor is it how we are going to save it this time around.” I shared this same information directly with the NRA, NRA-ILA etc.

As many of you know, we protected Christine O’Donnell pre-primary through today and I can tell you, the NRSC and the NRC were not only NOT helpful, they were destructive. They are cads, heels, and as Mr. Perkins says the French say, BASTARDS!

Michele Bachman is quite simply a SHEro! She is fearless, direct, truthful, and passionate about the truth we face in our country. We are not saved by nuance, we are saved by our acknowledgment of the truth, and then boldly, albeit painfully acting upon that which we know. The hard words bring rational and real solutions without encumbrance to the interests that influence the discussion are pivotal to our turn around.

Bold people, willing to risk the farm for liberty, rescue, and reverence are our only hope.