NIA is absolutely shocked by this. What shocks us is just how long it took them to make this downgrade. Just like how S&P and Moody’s didn’t downgrade subprime CDOs until the mortgage-backed bonds they held were practically worthless, S&P waited for U.S. debt obligations to reach five times GDP and for the U.S. dollar to lose 84% of its purchasing power over the course of a single decade. The U.S. was a hair away from defaulting on its debt this week if the debt ceiling wasn’t raised, yet it still had a AAA rating.

NIA believes that a AAA rating should be reserved for countries that have budget surpluses, low levels of debt that could easily be paid off without printing money, and low levels of inflation. The U.S. had a cash budget deficit last year of $1.3 trillion, but once you include increases to unfunded liabilities, our real budget deficit was approximately $5 trillion. Even if Americans were taxed 100% of their income it wouldn’t be enough to balance the budget.

It is hard to imagine a fiscal situation worse than this, but the credit ratings agencies have justified giving the U.S. a AAA rating based on the dollar’s status as the world’s reserve currency and the Federal Reserve’s ability to monetize our deficits and debts by printing money. If it wasn’t for our printing press and the world’s willingness to accept and hoard the dollars we print in return for the real products and commodities they produce, the U.S. credit rating would be junk.

S&P claims that their reason for downgrading the U.S. debt rating at this time is because, “the differences between political parties have proven to be extraordinarily difficult to bridge”. According to S&P, it is because our two political parties are so far apart that we weren’t able to pass a bill with anything but modest spending cuts. The reality is, the Republicans and Democrats aren’t far apart at all. Neither parties are serious about cutting spending and the underlying fundamentals of both their proposed bills were exactly the same. The Republicans that American tea party supporters elected to office have broken their promises to make major spending cuts and have accomplished absolutely nothing positive since entering office.

Our country just had an unbelievable opportunity to dramatically cut government spending in a last ditch effort to prevent hyperinflation. Instead, our government passed a bill to raise the debt ceiling that had no real spending cuts at all. The mainstream media tried to spin the bill into being a victory for U.S. tea party supporters due to the purported “spending cuts” that it contained. The truth is, government spending is set to rise every single year until the dollar is worthless. The $2.1 trillion in phony spending cuts are only tiny reductions to large spending increases and none of them will begin until early 2013 when we will need to once again raise the debt ceiling. Even if the government in early 2013 decides to follow through with them, rising interest payments on our national debt will mean substantially larger budget deficits than what are projected today.

Credit ratings agencies have absolutely zero credibility left and we believe that with hyperinflation coming soon, credit ratings will become a thing of the past. To capitalize on this, on May 23rd NIA suggested to you put options in the only publicly traded pure credit ratings play, Moody’s (MCO). On May 23rd with MCO trading for $37.90, NIA suggested to you MCO November 2011 $35 put options at $1.98. MCO today closed at $32.88 and our MCO put option suggestion finished the day with a last trade of $5.20 for a huge gain of 163% in a little over two months. NIA is very pleased that we figured out the #1 most profitable way to capitalize on the major fundamental shift that is taking place in this industry and as far as we are aware, NIA is the only organization in the world that suggested MCO puts in recent months.

With the stock market down big in recent weeks, NIA believes that this evening’s news is already mostly factored into stock prices. With the Fed Funds Rate having been left near zero for over two years, the world is flooded with excess liquidity of U.S. dollars and there is no chance of the stock market crashing like in late-2008/early-2009. In fact, the recent downward move in the stock market means the Federal Reserve is likely to soon implement additional monetary inflation measures and will leave the Fed Funds Rate near zero permanently.

The GDP was already on its way to becoming negative in the second half of 2011 and if the U.S. wants to avoid a debt default later this decade, it needs the Federal Reserve to print enough money to see at least 5% annual nominal GDP growth. It’s not just the Federal Government that needs GDP to grow, but most cities and states will default on their debts if GDP doesn’t grow rapidly. Cities and states don’t have printing presses so unless the U.S. government wants to bail them all out like the European Union is bailing out Greece, Portugal, and Ireland, it needs to create GDP growth even if that means the Federal Reserve eliminating interest payments on the $1.6 trillion in excess reserves held by banks and taxing banks who don’t lend the money.

NIA prays that Americans don’t make the mistake of buying U.S. Treasuries as a safe haven, as they are now the riskiest asset of all. If U.S. Treasuries rally next week, it will only be temporary and will be followed by the largest and sharpest reversal in history with a crash in Treasury prices and an explosion in yields like never seen before. Most Keynesian economists will likely forecast rising Treasury prices despite the U.S. debt crisis, because they claim the bond markets in other countries are tiny compared to ours and there simply is no other place to park safe haven money. In our opinion, there is no reason to own the fiat currency denominated bonds of any country or company. Gold and silver are the only true safe havens and it is our belief that by the end of this year, the U.S. public will begin investing into gold and silver in droves as they realize that although we avoided a debt default for now, a debt default by inflation is still on its way. The largest ever short-term rally in precious metals and mining stocks is ahead.

Hogwash and political propaganda. Obama and his minions are ENTIRELY responsible for this. Oh, the evil Republicans would not sit still for higher taxes – that logic is insane. We NEED spending cuts. We NEED a cap on spending. WE NEED A CONSTITUTIONAL AMENDMENT TO BALANCE THE DAMN BUDGET. I am sick to death of the lies and manipulation. S&P and Moody’s are every bit as dirty as Obama and the Democrats and they share the responsibility of this downgrade because of their financial manipulation of the economy. They ALL belong behind bars. It’s not a question of $2 Trillion too much stated by S&P, it’s a question of Trillions not enough realistically stated as part of our debt by all of them. Try $600 Trillion in derivatives on for size – criminals all.

Our gal Kylie Jane is on board, and she’s been keeping you Twitterers up to date real time with what’s going on.

During the Tea Party Express’ stop at the Copeland Park Oktoberfest Shelter in LaCross, she tweeted a couple of remarks I made from the stage:

“We’ve been watching from all four corners of the country… this is Ground Zero!

“This is a battle not just for Wisconsin but for our entire country!”

This afternoon’s gathering was an assemblage of some 225 friendlies, folks who are genuinely concerned about their state and their country. Like Annette Olson who traveled with us from the Hudson rally, and Jake Speed, who’s trying to build his print apparel business.

Meanwhile, back on the bus after a long day we laughed at the comments of Senator Longface of Massachusetts and the blowback he’s receiving for being such a “patriot”. A sunshine patriot… and even calling him that is a stretch. What a horse’s arse…

I want to thank several bloggers who are reprinting our posts and adding some of their own: Jim Hoft at The Gateway Pundit; TrevorLoudon.com; The Noisy Room, and Michelle Malkin. And speaking of The Noisy Room, Terresa Monroe-Hamilton has another fascinating read about all you tea partiers out there. It’s written by Jim O’Neill and appeared at Gulag Bound who grabbed it from Canada Free Press.

(Gandalf) “‘Always after a defeat and a respite, the Shadow takes another shape and grows again.’ ‘I wish it need not have happened in my time,’ said Frodo. ‘So do I,’ said Gandalf, ‘and so do all who live to see such times. But that is not for them to decide. All we have to decide is what to do with the time that is given us. And already, Frodo, our time is beginning to look black. The enemy is fast becoming very strong.’”
– J.R.R. Tolkien (1892-1973) “The Fellowship of the Ring”

“There are other forces at work in this world, Frodo, besides the will of evil.”
– from the LOTR film trilogy “The Fellowship of the Ring”

Meet the LaCrosse Hobbits. Proud to say I’ve made their acquaintance.

Slideshow at the Radio Patriot… 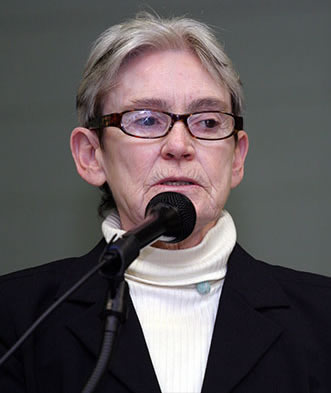 Roxanne Dunbar-Ortiz who was born in 1939, grew up in rural Oklahoma and is the granddaughter of a labor activist who was involved in the Socialist Party USA and Industrial Workers of the World. From 1967 to 1972, she was a full time activist, living in various parts of the United States and traveling to Europe, Mexico and Cuba. During this time Dunbar-Oritz worked with the Venceremos Brigade in Cuba and formed associations with other revolutionaries across the spectrum of radical and underground politics including the militant Students for a Democratic Society, its terrorist offshoot the Weather Underground and the South African Communist Party-controlled African National Congress. In 1974, she became active in the American Indian Movement and from the late 70s-80s, was active in the Oakland-based Maoist organization, Line of March.

Dunbar-Ortiz has worked closely with young Bay Area activists involved in STORM, SOUL and POWER. Of this connection she stated, “I talk to the young people at SOUL all the time… The reliance on nonprofit funding is frightening to me… In the ’60s, we intimidated liberal funders into giving us blood money, so we wouldn’t come and kill them.” President Barack Obama‘s former “Green Jobs Czar,” Van Jones, was a member of STORM at the time of Dunbar-Orbitz’s involvement. In 2008, she was one of several thousand academics to sign a statement expressing solidarity with former Weather Underground Organization terrorist Bill Ayers.

Dunbar-Ortiz has also written for the CrossRoads magazine, endorsed and spoken at the Conference on Perspectives for Democracy and Socialism in the 90s and endorsed the anti-Iraq War newspaper, War Times. She has further lectured at the Sacramento Marxist School and spoken alongside DSAer Jerry Watts at the Democratic Socialists of America-initiated Left Forum 2007.

Are you paying to provide free cell service to people with low incomes?Did you know that some of the