As an authentic grass roots movement in which every Local Tea Party organization has different beliefs from the next we have a core value system aligning with all the others. Some are libertarian, some are religious, some are the flat-out stock broker business types. 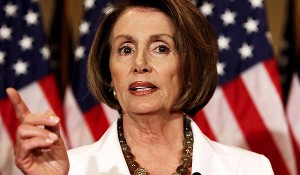 They all have one thing in common: They are responsible people. Their word is their bond. As much as the groups differ and may argue on issues they all understand that there is a greater good and focus on the tasks at hand. They get over their personal differences and get to work on what they can contribute.

I heard comments from our own administration (Biden calling Tea Partiers Terrorists) and leaders calling ME, a veteran, a patriot and a true American, Satan. What is Nancy Pelosi thinking when making such comments? (Actually, if I wanted to have fun with this and play it out a little I’d say … it is a “Satan sandwich” with “Satan fries” on the side!) Biden called the Tea Party terrorists!

I think you really don’t understand the gravity of these statements Mr. Biden and Mrs. Pelosi. Luckily, I am aware you know not of my service to MY Country and you are not aware of the words you have called me and the people of my ilk. I AM the Tea Party as are the millions of citizens I call my countrymen.

Even if we were friends and you called me a terrorist you would be expected to explain your actions and your beef with me or we would have to settle this like men. I respect your positions of office and would still call you sir and ma’am, but beyond that I spit on you! As a citizen, I spit on you. As a SEAL, I spit on you. As an American, I spit on the very thought of your Communist tactics.

I have seen the Real Terrorists and the Satan in their eyes. I know what they can do. A majority of the people you call terrorists (Tea Party) have served in YOUR military and have done YOUR bidding. Be careful where you tread, those words cut deep on many levels.

One. You call me a terrorist trying to tie my belief system to the very people who want to kill and enslave you and I (radical Islam). Our sworn enemy! The Tea Party people are centrally rooted in the Constitution and go to it as a political Bible.

We go to the Constitution and the founding fathers for guidance, before deciding what is equally just for our fellow citizens. These documents and the people who created them were of Judeo/Christian beliefs. The Tea Party readily endorses the documents and people who gave us this great country. Are you and your administration calling the founders and the documents null and void being that we don’t negotiate with Terrorists?

Two. You separate yourselves from us. We are looking for transparency, decency, values and respect. We idolize the values known as America through our short history and aspire to live as good people. We don’t look for a handout, we are always the ones giving a hand up.

Again, in calling us something we are at war with, are you at war with us? Our beliefs? What in particular makes me a terrorist to you … Are you calling us out? Are you trying to mark us for extermination (look at public sentiment in the Weinmar Republic before WWII and how the Nazi’s shifted a society to aide and abet the extermination of millions of Jews)? Are you our opposite as per your claim? Should we associate you with Georbles and his role in the final solution?

Do you attack us like this because we do not depend on you, or because you can’t depend on us for votes?

The Tea Party is luckily a bunch of grown ups and we know your desperate ploys to “get our goat.” Good thing we are smart and know it’s a common tactic children pull on grown ups right before there is a tantrum.

When Gabrielle Giffords was shot in the face, there was a huge out cry from the left to tone down the “inflammatory rhetoric.” I also seem to remember Nancy Pelosi talking about the same “inflammatory rhetoric” as she tried to squeeze out some crocodile tears in an attempt to demonize us during the healthcare debate. It doesn’t seem like her actions match her words, does it?

Have you seen “Nightmare on Elm Street?” In every one of the films, Freddy Krueger is always defeated when the people he terrorizes realize his greatest weapon is fear. When they realize what he is doing, they become unafraid and stronger than he can ever be and he is powerless against them.

Another analogy is of course a much more familiar one, with a touch of sweetness added in for good measure. The famous line in ‘The Wizard of Oz’ … “Pay no attention to the man behind the curtain!” Once you see what is really going on, the spell is broken and people, realizing the truth, become empowered and unstoppable.

A warning to those trying to deceive us: You are caught in your own web of lies and now are feeling the ire of the people who you have tried so hard to control starting to look and point at your ruse.

You now have our undivided attention because your fear tactics are getting sloppy and overbearing. You have gone too far and are showing your true colors. You will be the engine behind getting voted out of office and shamed in history as you so deserve.

So what do we do? We have to seize the opportunity. People have to start talking about politics … Our politics. If we are silent and don’t present our view of reality on economics and values, THEY WILL define it for us. Don’t let that happen.

The economy is the focal point of the electoral subjects these days. We as Conservatives and people who read up and learn things, have to start leading conversations. Get them started and talk about things, learnedly and not in a bluster or condescendingly. Citizens are starting to see what is being done is not working and are looking for answers everywhere. They are even looking to us and we must be armed with educated and insightful answers!

Be the one that leads people and liberates them with knowledge. Right now is a time when people who are independents and undecided are free agents in the political market. Engage them. Learn from them and challenge them to prove you wrong.

I have never been a liberal, but did go through a period where I felt a good portion of my political and national reality was a lie! I had to read and finally educate myself as to our true history. I could only imagine how a liberal or a progressive feels when they learn there is a real world out there. I think there should be an amnesty program for recovering liberals. The “I told you so” is something they fear. And of course, It is the hardest thing NOT to say to someone.

In all, we have an opportunity to further what we believe and advance the American values that made America great. As Reagan said it is not inherited, Liberty and freedom have to be taught and handed down BOLDLY and unapologeticly.

We ARE the People!