Wow… They are really gearing up to gut the Constitution for real aren’t they?

COKIE ROBERTS: This group of people in New York [Standard and Poor’s] is actually talking about more government rather than less government, Congressman. In fact, the reason they like France and Great Britain is because they’re parliamentary systems where the majority gets what it wants no matter what.

And the problem that we have here is the Constitution of the United States of America which actually does require people to come together from different perspectives whether it’s divided government or not. We have divided branches of government under any circumstance.

All these Marxists can pound sand… Asshats.

Things are going great in Wisconsin, friends! I know so many of you have asked for us to keep sending pictures from the Tea Party rallies we are holding to counter the Left’s RECALL campaigns being directed against Republicans. Therefore, I’ve posted a bunch of photos taken by our friends at The Campaign to Defeat Barack Obama who have partnered with the coalition that has come together to make this tour such a success.

Below you will find pictures from today’s rallies in Fond du Lac, WI and New London, WI. I’m on the Tea Party Express bus right now and we are heading to our 3rd rally of the day in Merrill. Today’s definitely a long day, but the work is so important that we’ve found the energy to keep pressing ahead.

I also want to include a few great reports from people who are part of this effort and are traveling on this bus tour.

>> Judson Phillips leads the group Tea Party Nation and he has written a fantastic piece you really should read – CLICK HERE to READ.

>> Tabitha Hale of FreedomWorks has posted her complete report from Day #2 on the tour including fantastic photos – CLICK HERE to READ. 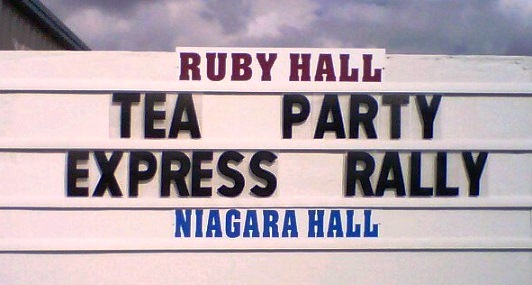 We’re now in the final 48 of this election and we must win, friends!

Please support us, so we can help achieve victory within the next 48 hours. Like all the other great groups who are working on this effort we have to make our final advertising purchases by tomorrow. You can contribute any amount from as little as $5 to the maximum allowed contribution of $5,000.

Go here, for an overview of Barack Obama’s connections to the Communist Party USA. 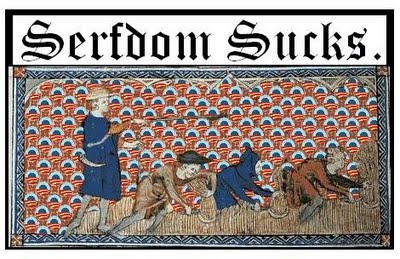 So, Friday night, in an obviously timed event, S&P downgrades the US credit rating from AAA to AA+ with a negative outlook despite the White House crying foul over some bogus math error. This is a move that should have been done long ago as the US’ credit rating in all reality should actually be ‘junk.’ I don’t believe Moody’s and Fitch will follow suit. At least not yet – they are in bed with this administration – bought and paid for. All Moody’s has done is label our credit with a negative outlook. We will just continue as we have with massive debt and with no sane attempt to reduce it – just more and more spending. In fact, our Progressive leaders are revving up the Cloward and Piven model to bring America to her knees once and for all. A Marxist hellish utopia to die for. Enter QE3, spend, repeat. And don’t believe the pundits when they tell you the S&P is non-partisan. The first thing out of their lead speaker was to blame both political parties, but more so the Republicans for not wanting ‘revenue’ hikes, while he did emphasize we needed a plan to reduce our debts. Translation – more taxes. God forbid, we’d actually cut our spending. No – tax, tax, tax!

Meanwhile, in Progressive land, the Left’s pundits are all blaming the Tea Party. Claiming that their interference with the debt ceiling caused all of this. It would be laughable and hysterically funny if I didn’t believe that a certain faction of the American public is buying into this horse poop. Fox News had everyone except Carrot Top chime in and I may have missed his appearance. Socialist Ed Asner was on waxing poetic on a role he has playing Warren Buffet and finances. Cavuto interviewed some big wig – didn’t get his name and don’t really care – who came right out and said we should tax way more to handle the debt; that we weren’t Progressive enough… Then he blurts out proudly that he is a Trotskyite.

Trotskyism is the theory of Marxism as advocated by Leon Trotsky. Trotsky considered himself an orthodox Marxist and Bolshevik-Leninist, arguing for the establishment of a vanguard party of the working-class. His politics differed sharply from those of Stalinism, most prominently in opposing Socialism in One Country, which he argued was a break with proletarian internationalism, and in his belief in what he argued was a more authentic dictatorship of the proletariat based on working-class self-emancipation and mass democracy, rather than the unaccountable bureaucracy he saw as having developed after Lenin’s death.

How very ‘Fair and Balanced’ can you get? Then you have John Kerry (‘I fought in Vietnam you know.’), stating that if the Tea Party just knew their place and hadn’t stood in the way of Congress, this would never have happened. Let me ask Kerry, do you even know how to tell the truth? I very much doubt it.

The usual economists and talking heads all say that the downgrade will have little effect, that it is ‘baked into’ the market. Who knows? I kind of doubt that piece of mass propaganda though. Already this weekend has seen the Middle East’s market drop drastically and Israel’s market the last time I looked was down 7%. Yee haw! Should be a wild ride this week as we serf the downgrade. And I believe this is just the opening salvo. S&P says we could have a further downgrade in 6 months to 2 years.

China is now telling us the days of borrowing money are over and that the US dollar should no longer be the world’s currency. In fact I have seen them aggressively stating this all over the place this weekend. In case you didn’t know, the Chinese are our primary bankers. That’s worse news than the downgrade, but, shhhhh! Don’t tell the markets.

You are seeing the beginning of the death spiral of our economy if we don’t do something and very, very soon. We are entering Weimar Republic territory and hper-inflation is definitely in the cards is we don’t turn this boat around and fast.

Meanwhile, Geithner is determined to stay and will not resign. Why should he? He’s not done destroying us yet with Bernanke and the Fed’s assistance. An emergency G7 conference has been called. Probably to discuss how a new world government should oversee everything. And Greenspan, well he sees the market falling, falling…

So, while the blame game continues apace, we merrily keep on, keepin’ on with this financially suicidal status quo. The Progressives are sticking to a winning battle plan and either the Progressive Republicans are complicit or they are standing in a classic Homer Simpson pose as our finances go nuclear and we keep serfing the downgrade. Kowabunga, dude!