We thought this would be happening, now didn’t we. 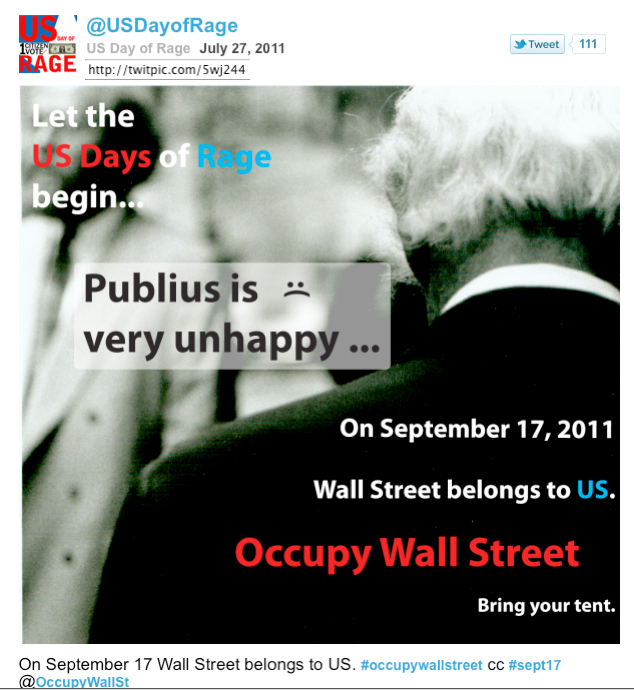 A movement is suddenly springing up from nowhere (ah-huh) to take on the free enterprise, “capitalist” system. In America, they are especially targeting Wall Street, a place still somewhat constitutionally sovereign to the U.S.A. and not thoroughly controlled yet by authoritarian global collectivism.

That is a Wall Street which has already been damaged by the Cloward-Piven orchestrated mortgage meltdown and stemming from that was assailed by the protorevolutionary Obama-Peloisi-Reid government, which brought boa constrictor regulation — by “reform” with loopholes wide enough to fit Brinks trucks for large and coordinated hedge fund manipulators, and which shielded a Securities & Exchange Commission gone dark from the kinds of Freedom of Information Act (FOIA) inquiries that uncovered Bernie Madoff. Cloward-Piven government, indeed. 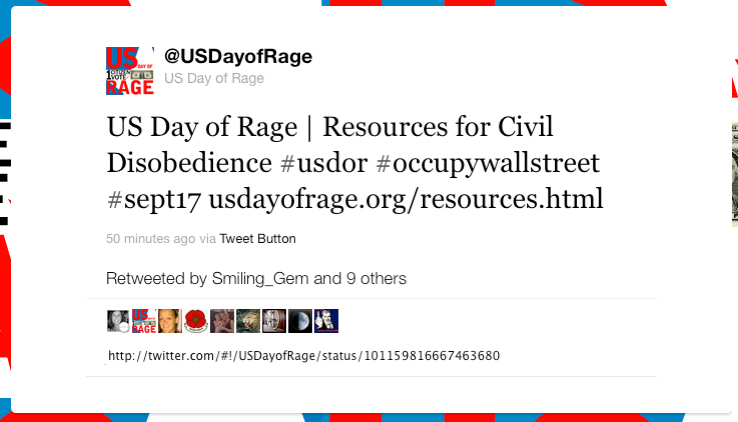 A “U.S. Day of Rage” is scheduled to start an “Occupy Wall Street” camp-out on “17/9/2011” (which would denote orchestration by those who use the British means of writing dates). And as with the “Arab Spring,” much of the organizing is being done through social media, especially super-popular Facebook and Twitter.

Immediately upon clicking links, one finds it to be the America-targeting element of a worldwide movement, especially popular by the looks of it, in Old Europe. Again, that is no surprise to those who have looked into the updated mode of Marxist revolution stemming from the Gramsci and Trotsky schools and historically, even the days before Marx and Engels. Revolutionary proponents likes to hide behind the non-American ideal of democracy (as in permanent rule of the proletariat majority, forget about a republic) along with nebulous and mysterious anarchistic labelling.

The term “Day(s) of Rage” is the product of Chicago’s Weathermen, led by Obama workmate Bill Ayers and cohabitants.

This Day of Rage speaks of non-violence, yet plays up the violent terrorism of the current rioting proceeding in Great Britain.

This entry in GulagBound.com will be updated, so we may bring you the news immediately and fill it out as we go.