Since breaking news about a July 21 raid on a farm 12 miles north of Denver that resulted in local law enforcement officials seizing 193 rabbits from a nationally-recognized rabbit expert, I’ve learned more disturbing details about the case. Perhaps least shocking was my discovery that members of the Denver-area news media appear to have swallowed everything thrown at them by the Jefferson County (Colo.) Sheriff’s Office. 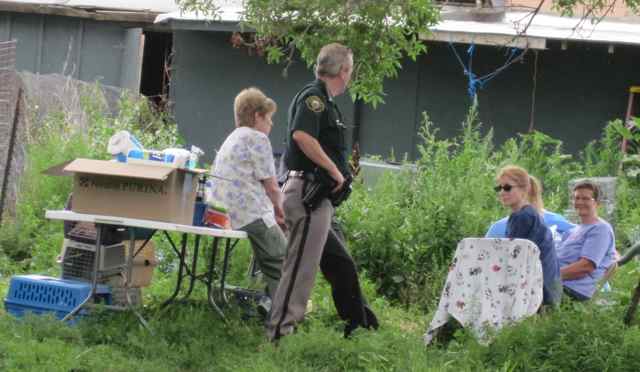 Before pressing on, I’ll recap the lowlights of what transpired after someone placed an anonymous call — the first ever, according to officials with the Sheriff’s Office — to a new statewide Crime Stoppers hotline that had been set up in June, specifically to take reports from citizens of suspected animal abuse:

1. Without a warrant, officials with the Sheriff’s Office descended upon Debe Bell’s Six Bells Farm Candle Factory and Rabbitry at approximately 10:30 a.m., accompanied by three veterinarians and several volunteers from the local branch of the House Rabbit Society — a nationwide group comprised of people who, according to Bell, think rabbits need to be raised like small children.

2. During the next three hours, according to Bell, the throng of law enforcement officers, veterinarians and volunteers opened the doors of her 600-square-foot barn, turned off the water to the swamp cooler (an air conditioning system for the barn) and caused the temperature in the barn to rise to 84 degrees.

3. Some six hours after they arrived, Sheriff’s Office officials produced a warrant which spokesperson Mark Techmeyer said was obtained after they convinced a judge that they had seen “what they believed to be some issues” at Six Bells Farm.

4. During the next four hours, according to Bell, the same throng loaded her rabbits in cardboard boxes, put them in a horse trailer and hauled them off to the county fairgrounds. There, the rabbits were placed in dog and cat crates with solid-bottom floors, meaning, “The minute they urinate, they’re standing in their own urine.”

5. For several days after their arrival at the fairgrounds, Bell said, the crated rabbits were kept in a non-air conditioned concrete-stalls horse barn until officials with the Foothills Animal Shelter — a group tasked by the Sheriff’s Office with caring for the animals — decided that wasn’t working out and obtained a swamp cooler.