Read more at The Hope for America…

Sometimes it’s not easy being Russia’s neighbor – just ask Ukraine. Ever since the 1991 implosion of the USSR, Ukraine’s relations with Russia have appeared between coldly formal and outright hostility, with a major irritant being the increasingly high prices Gazprom charges for natural gas.

Gazprom in turn needs access to Ukraine’s pipeline network in order to reach its profitable European customers. Faced with this symbiotic relationship, Kiev has been assiduously looking for ways to break out of its dependency on Russian energy imports, and now it looks as if this may in fact be coming true.

The head of Ukraine’s state geology and subsurface resource service Gosgeonedr Eduard Stavitsky said, “Today, the state fund of subsurface resources is about 1.1 trillion cubic meters of gas and about 130-150 million tons of oil with gas condensate. In from seven to ten years, Ukraine will be able to fully supply itself with gas and oil, excluding the purchase of imported energy resources.”

TNK-BP is ready to invest $2 billion in the development of shale gas in Ukraine by 2020. Shell has already prepared a project for extraction at the Yuzovsky gas field and is ready in the next three years to pump several billions of dollars into opening it, hoping within ten years to be extracting around 8-10 billion cubic meters of gas per year there.

According to Ukrainian Deputy Fuel and Energy Minister Serhiy Chekh, Ukraine’s state-run Naftogaz energy company is drafting an agreement with global oil and gas group Shell to develop the Black Sea shelf. Chekh said Ukraine could boost oil and gas production in the Black Sea and the Sea of Azov but it would require significant investment, but nevertheless Ukraine plans to raise oil output on the Black Sea shelf to 2.9 million tons a year by 2015, including gas condensate.

If Ukraine is in fact able to achieve energy independence, it will rob Moscow of one of its major bargaining holds over Kiev. Quite aside from the fractious issues involved in the transiting of Gazprom natural gas through Ukraine, another issue that has roiled Russian-Ukrainian relations for the past two decades still remains unresolved, Russia’s continuing use of the Crimean port of Sevastopol for its Black Sea Fleet. In the past Moscow has played hardball over continued use of the port, most notably by using its “natural gas weapon.”

Given energy’s centrality to the country’s prosperity, this has proven a major obstacle for many of Ukraine’s previous political leaders, including Viktor Yushchenko.

More than any other former Soviet state, Moscow desires a “friendly” Ukraine. Among other things this means for Ukraine, no NATO membership, a high priority of President Yushchenko. Should Kiev step out of line, Moscow still has a number of cards to play, including the country’s ethnic Russian population, roughly 17 percent of the country’s citizenry.

For the European Union, however, Ukrainian self-sufficiency in energy production could prove to be a significant lessening, as it could put an end annual brinkmanship laid by Russia and Ukraine over natural gas exports, which has disrupted winter supplies over the past several years. 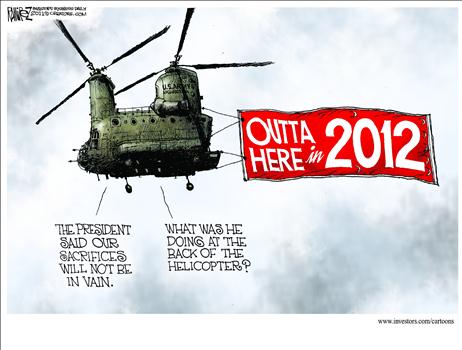