One of our kitties passed away today. Below you will see what my husband has written. I’m still weeping and probably will for a couple of days. This month has been hard for us with the loss of a dear friend, my father-in-law and now Scamp, who was more human than cat and part of our family. I will miss her very much and saying goodbye to her will haunt me the rest of my days.

Goodbye Scampie. We love you… 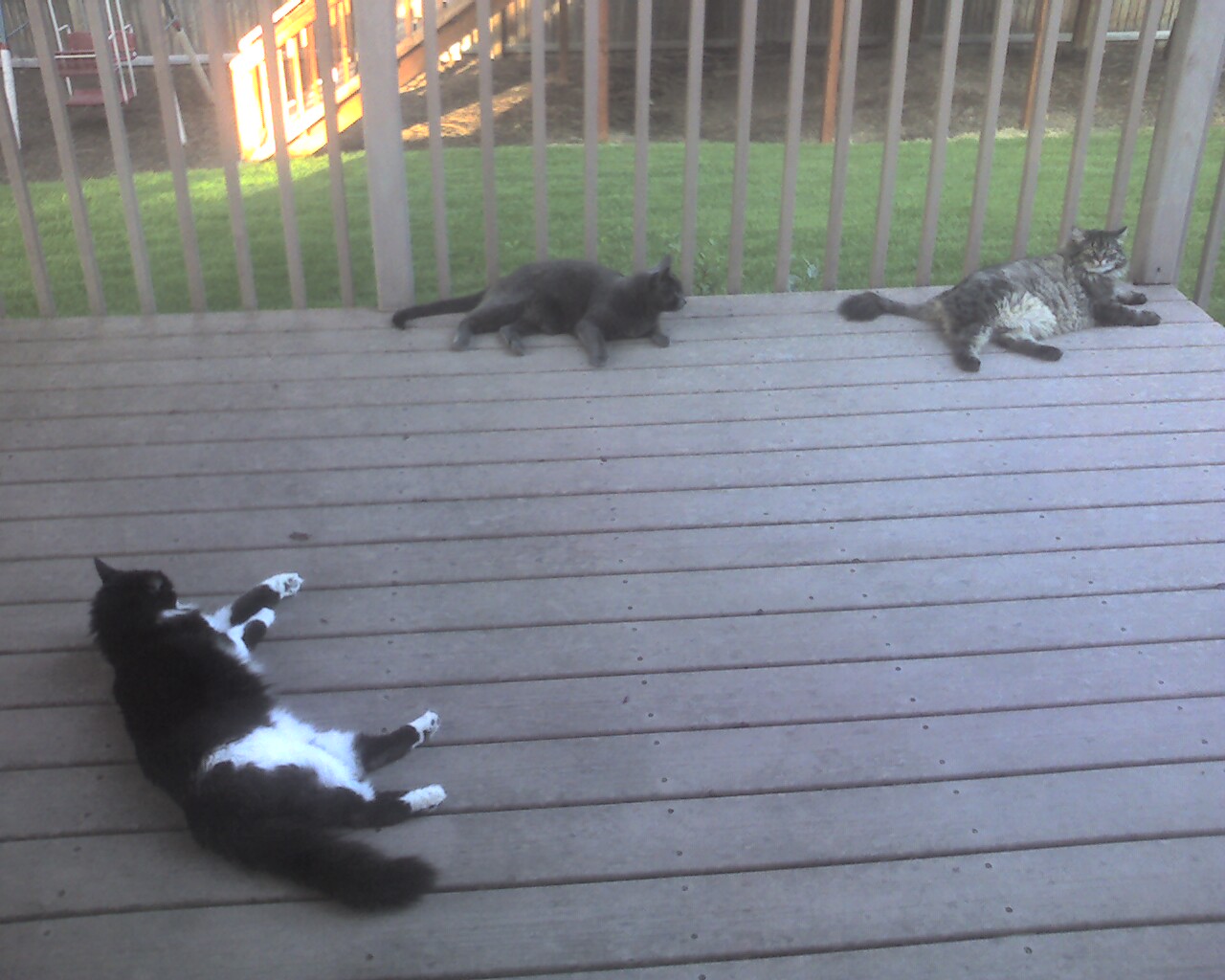 Scamp is in the upper right corner with the poodle cut… She was our attack cat.

Not really a surprise. Knew it would happen within the next several months at best.

Took her in as a stray when we were in Goodyear, nearly ten years ago.

Strange cat. Scars and missing fur from some encounter with a dog or wildlife, well before we took her in. Walked in a way that indicated some level of permanent damage from that incident, whatever it was.

She moved in and made herself at home along with the two cats we already had. After a couple of months, one of the other cats said goodbye (which is a separate story, but you had to be there to believe it) and changed homes. That left us with a very young Fluffy and a (probably) two-year-old damaged-goods, scruffy cat that we dubbed Scamp.

Several months later, on returning to Las Vegas, we got her fixed at the local vet clinic, but they screwed up the sutures and she got a secondary infection that nearly killed her. We spent the next couple of weeks and over a grand boarding her with a reputable vet and having emergency measures taken to keep her alive. We nicknamed her our “thousand dollar kitty.”

She did recover, but the endocrine damage was done, and her weight returned to normal, and just kept on building. She gradually doubled her normal weight, and nothing we did would stop or reverse it. We resigned ourselves to keeping her alive for as long as we could.

We got another nine years and change.

A few days ago, she “went off her feed” and began to avoid exertion. Two days ago, she started sleeping away from us, and we noticed what seemed to be shallow labored breathing. She would sit up occasionally, but mostly just lie flat and pant. She stopped eating. Stopped drinking.

Wife called me at work this afternoon and told me Scamp seemed to be struggling and distressed. She made an emergency appointment at the vet. I took off early, fetched the cat and the weeping wife, and headed over to our usual animal clinic.

Their diagnosis matched mine. She was turning blue in places which, on cats, should only be pink (tongue, lips, etc.) and she had the classic “can’t catch my breath” signs.

And so, with eyes redder than usual, I signed the form and reclaimed the cat carrier. Wife’s a bit of a mess. Me, I’m all staunch and stalwart and stoic and stuff.