Al Gore was beside himself when the Senate failed to ratify the Convention on Biological Diversity in 1994. Gore had spent the first two years of his Vice-Presidency developing what he called his “Ecosystem Management Policy.” This new policy was nothing more than preparing the agencies of government to implement the U.N. Framework Convention on Climate Change, the Convention on Biological Diversity, and Agenda 21. These three policy documents were adopted in Rio de Janeiro at the 1992 U.N. Conference on Environment and Development.

Agenda 21 was the only document that was not an international treaty. It was, instead, a non-binding “soft-law” document that was designed to avoid the necessity of Congressional debate or Senate ratification. Bill Clinton issued an Executive Order to create the President’s Council on Sustainable Development (PCSD) — especially to implement Agenda 21 administratively — without oversight or interference from Congress. The agencies of government have done a masterful job of infecting almost all urban communities with some form of government control under the guise of “Sustainable Development,” which is the objective of Agenda 21.

Now, the Obama regime intends to impose the same kind of control over rural America through his White House Rural Council, also created by Executive Order.

The rather bland 18-page Convention on Biological Diversity came with an 1140-page instruction book called the Global Biodiversity Assessment. Page 993 of this instruction book says that the Convention’s plan for protecting biodiversity is “…central to the Wildlands Project recently-proposed in the United States.” Page 15 of the Wildlands Project says:

… at least half of the land area of the 48 conterminous states should be encompassed in core reserves and inner corridor zones … assuming that most of the other 50 percent is managed intelligently as buffer zone. 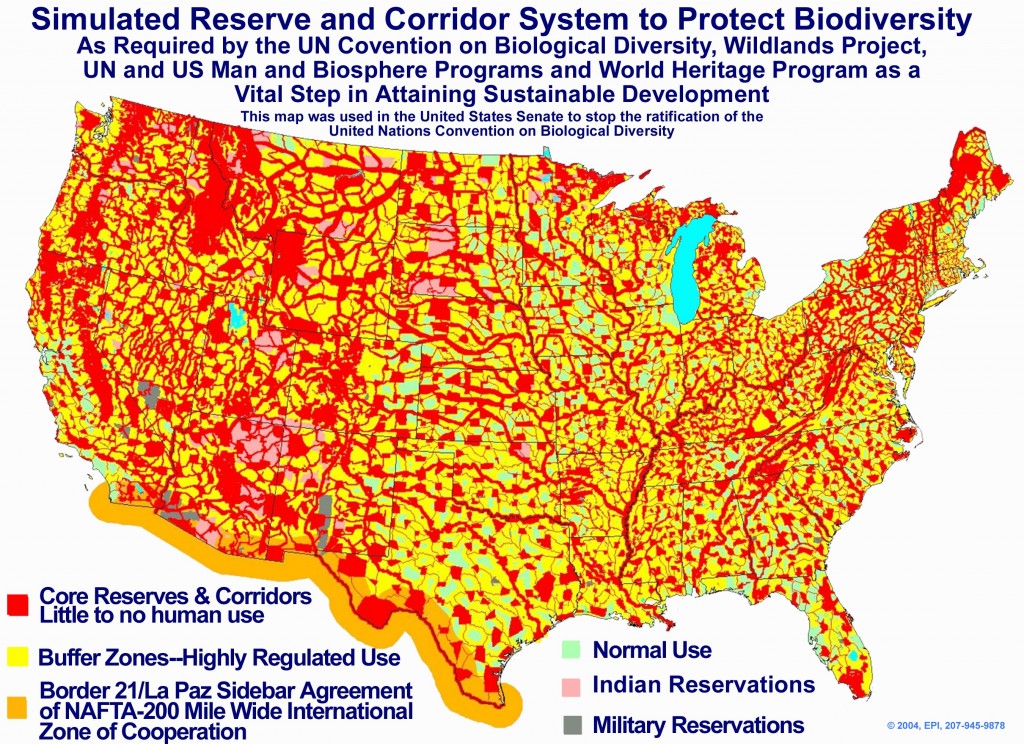 Since the President’s Council on Sustainable Development was created, agencies of the federal government, and complicit environmental organizations, have been working overtime to get people out of rural areas, and into “stack-‘n’-pack” high-rise so-called “sustainable” communities. Under the guise of “preserving open space,” unelected bureaucrats ignore the property rights of the people who own the open space, and write regulations that sometimes require as much as 40 acres to build a single home. Quite often, development of any sort is absolutely prohibited. These regulations are typically delivered to a community through a comprehensive land use plan.

In more rural areas, especially in the farming and ranching parts of the country, these measures have not been as successful as the government wants. That’s why a new extension of the PCSD is needed. This time, however, they are calling it the White House Rural Council.

This Council, chaired by the Secretary of the Department of Agriculture, and consisting of the heads of 25 government departments and agencies, is charged with extending “sustainability” to that part of the country that has not already been subdued by the measures implemented by the PCSD.

How will they do it? Let us count the ways.

Consider the Department of Transportation’s recent announcement of its intention to reclassify farm vehicles and implements as “commercial” vehicles and require all drivers of these vehicles to hold a Commercial Driver’s License. Applicants for a CDL must be 21 years of age; submit a medical record, a complete driving record from any state in which a license has been obtained; and pass rigorous written and driving tests. CDL holders must keep a log of their activities available to law enforcement at any time; must not work more than 12 consecutive hours; must carry at least $750,000 in liability insurance; and many more requirements that farmers and ranchers just can’t meet. 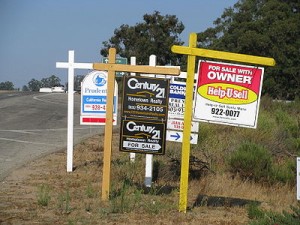 Farm children have always helped by learning early how to drive farm vehicles. Grandpa could drive the tractor, when he could not do the heavy lifting he did as a youngster. This DOT regulation will end farming and ranching as it has always been known in this country. Farmers and ranchers cannot afford to pay professional CDL holders to come plow the fields, mow the hay, or harvest the corn. Farmers and ranchers who can no longer make a living from the land will have no choice but to sell their land and move to a “stack-‘n’-pack” sustainable community. The only potential buyers for these farms are corporate agricultural conglomerates, land trusts, or the government. Since comprehensive land use plans, or other government regulations preclude the possibility of development in the open space, farmers and ranchers will never get the real value of the land.

To add to the hardship on rural families, the Department of Agriculture is still planning to require every farm animal to have an electronic identification ear tag, which will add more costs and bureaucratic red tape to farming and ranching operations.

Every agency that is a member of the White House Rural Council can, and will, find some regulation that rural land owners must comply with in order to stay on their land. This new Executive Order has but one purpose: to further tighten regulatory control over people in rural communities to ensure that their life-style becomes “sustainable,” or in plain language, government-approved.