Atlas readers are very familiar with the Elzanaty thief. Elzanaty was the man who provided most of the funding for the Cordoba Mosque(newly named “Prayer Space”) building was a large contributor to Hamas.

“Criminals, crooks, fraudsters, thugs and terrorist apologists. Nothing suspicious….  Rauf could eat a baby live on MSNBC and they still would call stopping him “un-american.”

“The baby was attacking him” 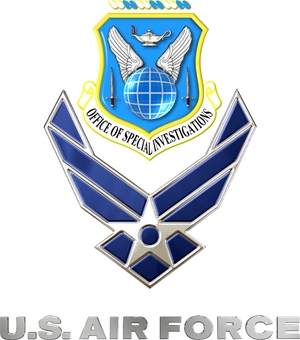 On Friday, August 19th, 2011, Citadel Gun and Safe was raided by numerous agencies and law enforcement.

I visited Citadel Gun and Safe’s site and this is how they describe themselves:

Citadel Gun and Safe for 7 years has provided law enforcement & soldiers quality firearm accessories and security products . We have the largest selection of ammunition and security products, safes, optics, preparedness supplies, and firearm accessories in the state. It is a unique store with something for everyone in every price range. If you need a vault room night, thermal vision or any unusual accessories to make your firearm complete. We will have what you are looking for. With ever changing inventories of camping gear and preparedness supplies. We have items that will bring peace of mind in unsure times.

The Citadel Gun and Safe store was raided as was an empty building behind the store. Unnamed witnesses stated that they saw agents carrying seized firearms, body armor and MREs out of the building, but the investigators claimed there were no weapons or explosives involved in the raid and subsequent arrests. The raid concerned stolen property from Nellis Air Force Base. Numerous items were seized and taken away, but what they are remains a mystery. One would naturally assume since it was a gun store, that guns would be involved, but there is conflicting information on this. The owner, John Call, and others were arrested and a search warrant was executed at Call’s home. The US Attorney’s Office, the FBI and the Air Force Office of Special Investigations seem to be working together on this one.

I love the way that news agencies get people on the scene to speculate when they have no idea what is going on. It acts as propaganda against the people involved and can be very damaging. Everyone arrested was released Saturday, but the rumors and damage to reputations will go on for a long time. I thought someone was innocent till proven guilty in this country? Not according to the press evidently. When you lack facts, go with opinion – puff up your interviews with any filler you can. Facts and truth, meh…

I have seen quite a bit of concern out there that this violates Posse Comitatus, especially since our government seems to be heading in the direction of nullifying it. Since this involves a direct theft from a military base, it makes sense that the Air Force Office of Special Investigations would be involved. They are like NCIS, only for the Air Force. So I don’t believe Posse Comitatus was abused here. Don’t get me wrong, there have been legitimate violations of the law, I just don’t think this is one of them. It appears the Air Force is well within their jurisdiction here as long as the facts hold up.

Having said that, my first impression is overuse of force. Having little to no facts though, I cannot say it was not warranted. The officers and special agents were going into an establishment where the bad guys could have been fully armed and lethal. Thus, SWAT, etc. was used. But there’s always the chance some power hungry poser at ATF figured they’d have a twofer and make a gun store look big, bad and dangerous. Thus furthering the government’s propaganda to smear, diminish and eventually quash the second amendment. But you can’t blame the military for wanting their ‘property’ back – they are claiming this was an inside job and it will carry severe penalties. And no, I don’t know what that means. If I had to guess, I would say someone from Nellis sold stuff to Citadel that they shouldn’t have.

I’m sure Paul Krugman will be bitterly disappointed that aliens from Area 51 have been eliminated as suspects. No doubt, they’ll fake some other emergency involving little green men invoking a green spring and ushering in a global government with Al Gore at the helm. Way to give myself the creeps. For the record, Gore is far scarier than the aliens. Just sayin’… With all the crap going on right now, I wish we were invaded. It would be an improvement.

Check out the graphic from Sultan Knish – epic: 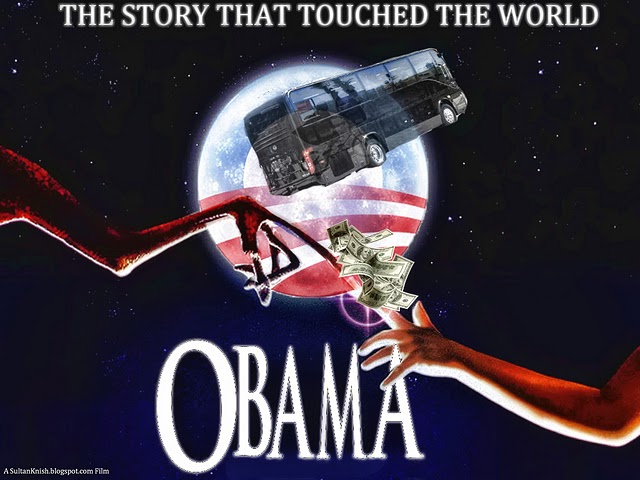 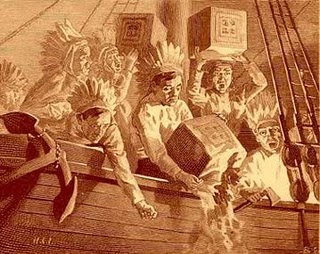 I am a Constitutional Conservative. Always have been. But when it comes to taxes, I go even further. I am a Libertarian. I know that most Americans proclaim that they don’t mind paying their fair share of taxes. Well I do – I believe you should be able to keep what you earn and decide how to spend it. I believe the federally mandated income tax is unconstitutional, just as Grover Cleveland did. Federal Income Tax and the Sixteenth Amendment were brought to us by a Progressive favorite, the 27th President of the United States, William Howard Taft. Taft was President Theordore Roosevelt’s chosen successor. Teddy’s Progressives moved forward with a big ole stick indeed.

I can hear people screaming that I am un-American already. You sure about that? What I believe is that expenditures that we now cover with taxes should be handled privately and independently. Give the handling of these expenditures back to the states, the cities, the neighborhoods – the individuals that are now enslaved tax payers. Paying for things like schools and roads should never have been taken up by the federal government. All that does is create waste, corruption and red tape. As our founders envisioned, the majority of items that need to be dealt with from a government level having to do with spending should be done within the purview of the individual states. Less federal government, more local governmental control and more individual responsibility should be the goal.

Now, having said that and realizing that doing as I have proposed has about as much chance as a snowball in hell of coming into being, two viable options are either a flat tax or a national sales tax. Either would radically simplify the tax code. Both would ironically reduce taxation while collecting more money. My choice is to support the Fair Tax and you should too. If you want to read up on it, you can purchase a great book on it at Amazon.com by Neal Boortz and John Linder – The FairTax Book. Abolish the IRS – adopt the Fair Tax.

Now, on to a fascinating view on modifying the federal income tax put forth by Zombie at Pajamas Media – Voluntary Tax Rates and Personalized Earmarks: How to Solve the Debate over Taxes.

The proposal lets people ‘choose’ their tax rate and also to ‘choose’ what to spend their taxes on. I have to admit it is genius and makes me smile.

Just a couple of itsy-bitsy points:

If it were an ideal world where everyone kept their word and had personal responsibility, Zombie’s theory might stand a chance. In a Romanesque decline in America, not so much. ‘Fairness’ is a fluid political construct any more. You should read Zombie’s piece and noodle it for yourselves. Then come up with your own ideas. Maybe Zombie’s idea will spark the idea(s) that will revolutionize our tax code finally. Then I could say I knew Zombie when… 🙂

Below you will find the proposed new and improved 1040: 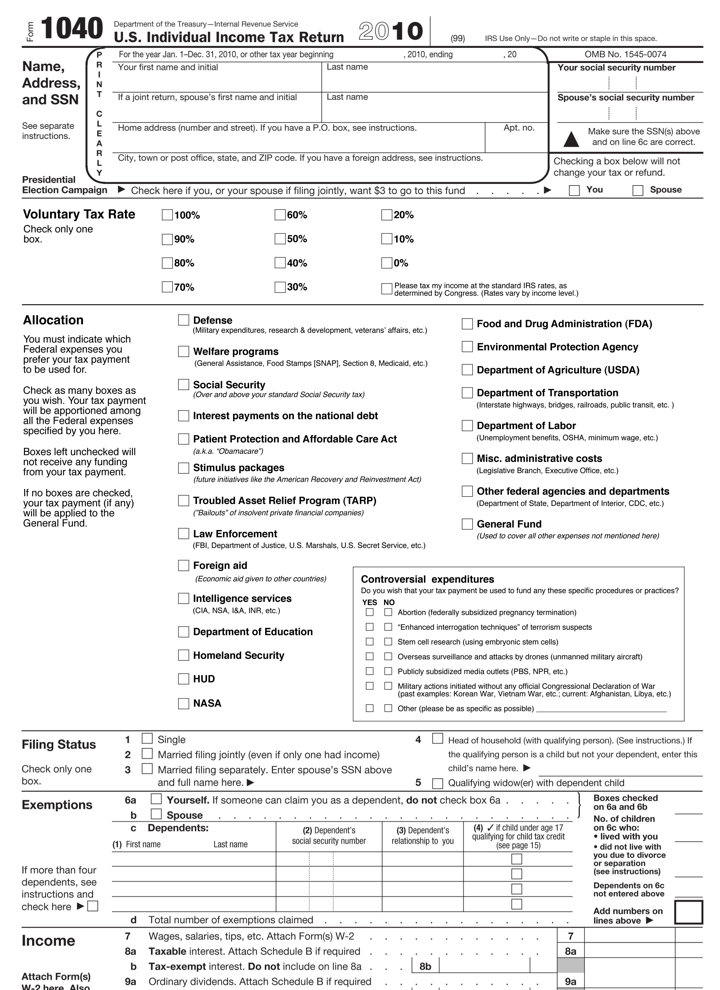