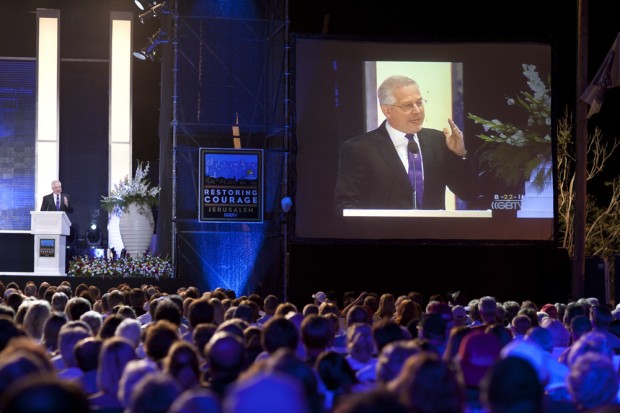 The second night of the “Restoring Courage” events in Israel took place the Old Train Station in Jerusalem.

“An amazing land, an amazing people,“ Glenn Beck said as he began the program he entitled ”Courage to Remember.” The program focused on the Holocaust and the lessons that need to be newly learned today. 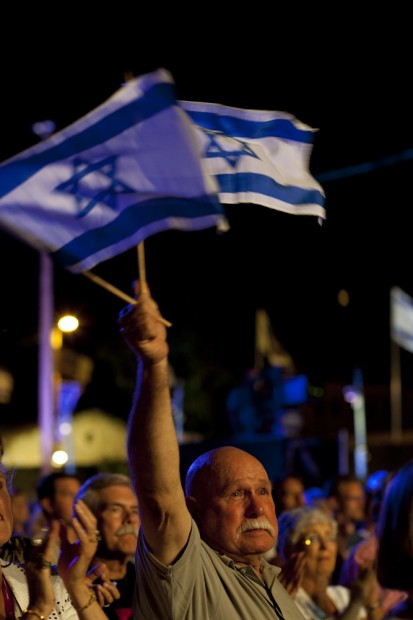 Rabbi Moshe Rothchild opened with a prayer tying the evening‘s location to the evening’s theme:

“Tonight as we gather beside these old train tracks in Jerusalem, we remember another set of tracks.

The tracks that led our brothers and sisters to the infamous places of Auschwitz, Birkenau, Buchenwald, Majdanek, Treblinka and Sobibor…and all the places of death and darkness.

We pray that our gathering her tonight should bring forth healing and light.”

This clip includes the initial remarks by Beck and Rabbi Rothchild:

Beck then introduced actor Jon Voight, who’s talk veered from comical accounts of his attempts at dancing to Jewish tunes, to deeply serious stories of his work in Israel with victims wounded by suicide bombers. “What I witnessed would tear my heart out,” he said. “I feel completely outraged for anyone who would make any excuse for this kind of barbarism. And I feel complete contempt for anyone who is not intelligent enough to see that this propaganda in the media, painting the Palestinians as poor victims, is capable of destroying the Jewish nation in Israel.” 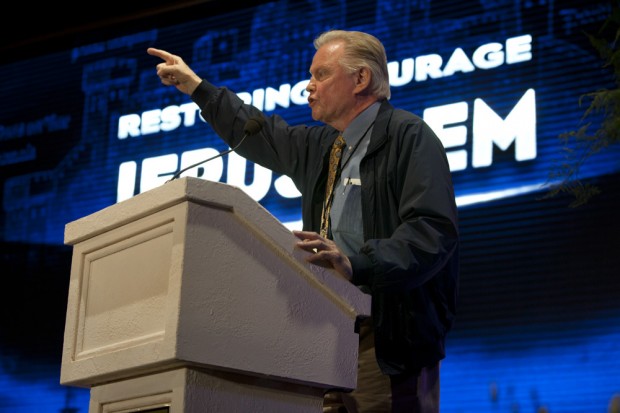 The main part of the program featured a screening of a very personal documentary, “Kleiner Rudy,” which tells the family story of filmmaker Michelle Stein Teer. She chronicles her grandfather’s return, at age 85, to the German town of Norden where he lost his own father and thirty members of his family the Holocaust. 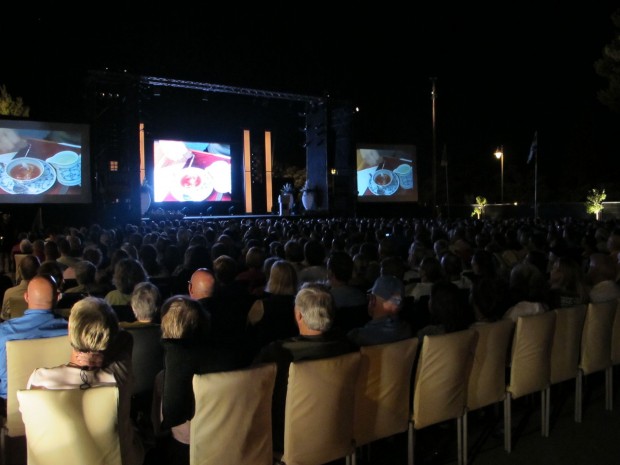 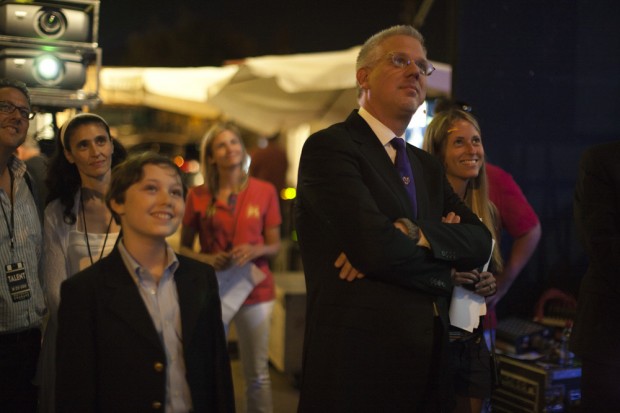 Beck gave an impassioned introduction to the documentary:

After the screening Beck led a panel discussion including Michelle Stein Teer, Rabbi David Greenblatt of United With Israel, David Brog of Christians United for Israel, and auther Mike Evans who‘s emotional life story was a highlight of the first evening’s program in Caesarea. 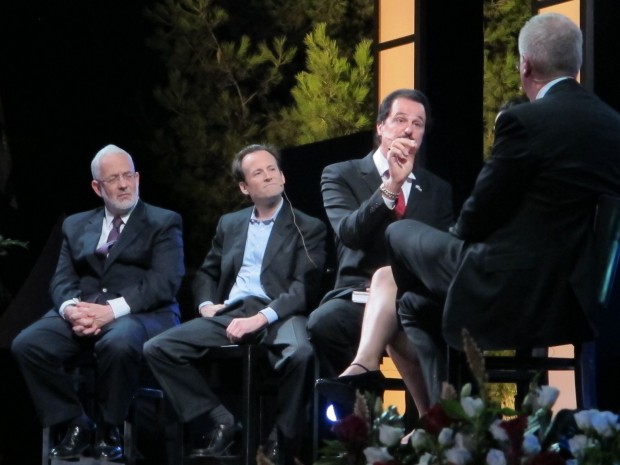 Here’s a section of the panel discussion:

The evening concluded with poignant musical moments and a tribute by the Blaze.