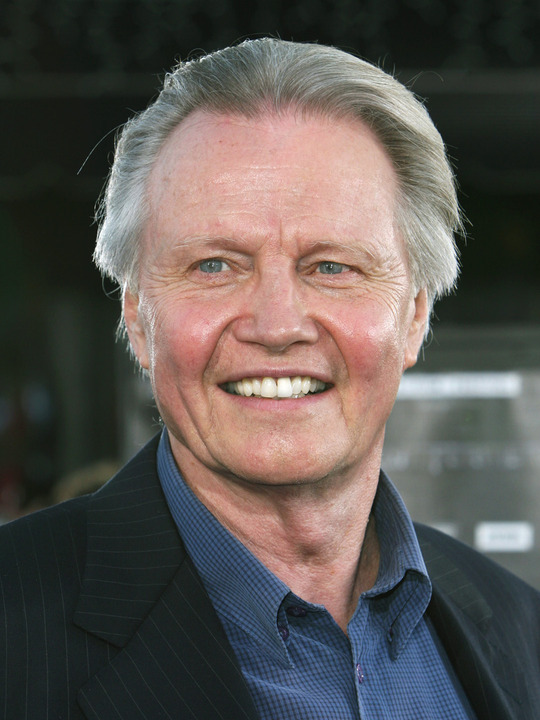 “We are facing a new holocaust, and people of all faiths must demand that the truth be heard,” declared Oscar winning American actor Jon Voight on Monday evening, August 22nd, in Jerusalem. Voight, 72, joined FOX news personality Glenn Beck as the featured speaker at the central train station in Jerusalem in an event commemorating the Holocaust. As a lead up to Beck’s “Restoring Courage” rally on August 24th, Monday evening’s event, which was carried on Beck’s new television network, featured a powerful film about Holocaust survivor Rudy Wolf’s visit to his childhood home in Germany. Other speakers at the event noted the significance of holding a Holocaust themed evening at the former Jerusalem train station after world armies did not bomb the tracks to Auschwitz in World War II.

Assuming a flinty posture on the exacerbation of terrorism aimed at Israel Mr. Voight intoned, “The Palestinian radicals have only one prayer on their lips: To remove every Jew from Israel.” He received a standing ovation when he said, “We will not bend to terrorism in any way, shape, or form for the sake of peace.”

“How have we come to a time when blowing up babies and cutting their throats are acceptable means to a political goal?” Voight queried his audience, referring to the barbaric murders of five members of the Fogel family in the settlement of Itamar in March of this year. “I feel complete contempt for anyone not intelligent enough to see that the media propaganda portraying the Palestinians as victims endangers the state of Israel,” he continued to rousing applause.

“If you stare evil in the eye, it’s a coward,” Beck told his audience of Christians and Jews. “If you confront your biggest fear, it goes away. It’s not enough to remember the Holocaust, because it has happened time and time again. This will be the generation that stops it in its tracks and says ‘never again, we mean it.’”

Rising to prominence on the silver screen in the late 1960s with his memorable performance as Joe Buck, a would-be gigolo from Texas in the hit film Midnight Cowboy in which he co-starred with Dustin Hoffman, Voight became a Hollywood icon during the 1970s and 80s. He received critical acclaim for his portrayals of a businessman mixed up with murder in Deliverance (1972), a paraplegic Vietnam veteran in Coming Home 1 (1978), for which he won an Academy Award for Best Actor, and a penniless ex-boxing champion in The Chamo (1979).

Born in Yonkers, New York, Voight was raised Catholic and attended Archbishop Stepinac High School in White Plains where he first took an interest in acting, playing the comedic role of Count Pepi Le Loup in the school’s annual musical, “The Song of Norway.” Following his graduation in 1956, he enrolled at The Catholic University of America in Washington, DC, where he majored in art and graduated with a BA degree in 1960. After graduation, Voight moved to New York City, where he pursued an acting career.

In December of 1971, Voight married actress Marcheline Bertrand and had two children together; a son, James Haven born in 1973, and a daughter, Angelina Jolie born in 1975 who went on to achieve stardom in Hollywood as a respected actress.

Voight has been a consistent supporter of Jewish causes throughout his career and has made annual appearances on the Chabad-Lubavitch telethon that is broadcast from Los Angeles.