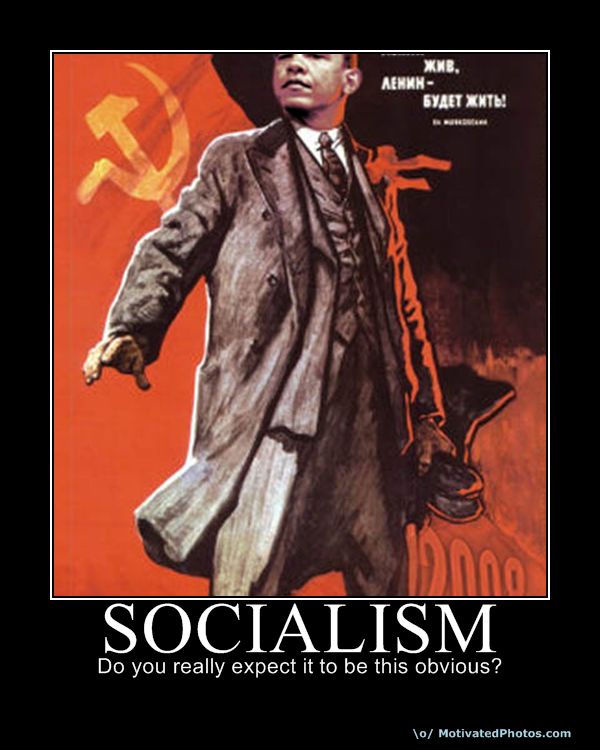 So, I was thinkin’ about the mindset of the Socialist.

Not the man-in-the-street socialism beneficiary, but the architect and implementor of socialism. Like, for instance, Big O and his masters and minions.

They insist that the end result of their planning and your sacrifices will be the realization of an ideal, a perfection of sorts.

Unfortunately, if they simply came out and told the truth about their objectives and their methods and the actual consequences of it all, very few of those whose sweat and blood fuel this ideal would want any part of it. And so the Socialist is obliged to lie, for it is the efforts and toil of the productive that must provide the wealth that powers the engine of benefit for the unproductive, and the industrious man will not abide it. Eventually, the engine of socialism will not only provide benefit for the unproductive, but also the force needed to extort the needed wealth from the now reluctant producers.

So it is that the Socialist insists that his perfection can be attained by defrauding socialism’s benefactors until they are no longer able to withstand the forces that will enslave them.

Fraud and slavery are, on their very face, no part of anything perfect.

Thus the Socialist is both dishonest and deluded: he knows he must lie to attain his perfection, bought with coercion of the labors of the honest and diligent which — in his perfect world — they would willingly contribute, but which he knows they never will and which, therefore, he must take by force.

In this fashion, he hopes for the ultimate in justice: equal benefit for all, provided by the gentlest possible slavery of the productive few.

Justice built on injustice. An oxymoron that’s the product of a commitment to an impossible ideal.

Socialism. Brought to you at gunpoint by delusional liars.

3 thoughts on “A Thought On The Socialist”