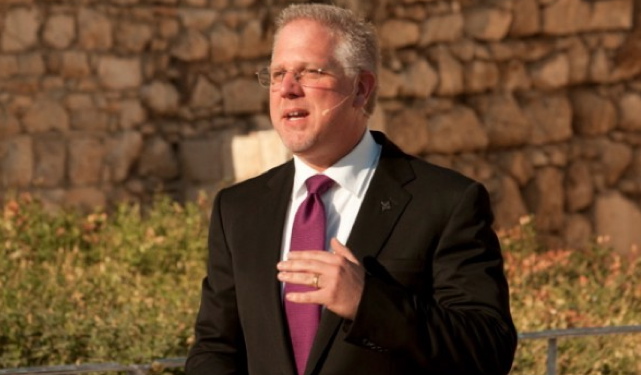 Scroll down for video and links to full text of Beck’s speech and Declaration of Rights & Responsibilities.

The heat of the afternoon sun in Jerusalem could not match the fervor of Glenn Beck’s “Restoring Courage” call to follow a “pillar of fire” in pursuit of the truth and wisdom.

After months of preparation, the controversial event unfolded smoothly with Beck telling the large crowd, “I have been asked: What can you teach Israel about Courage? My answer is simple. Nothing. Then they ask: Why are you coming to Israel? Because, I say: In Israel, you see courage.”

Beck described the world as “confused,” and pointed to flash points in Europe as signs of societies losing touch with philosophical moorings:

“In Europe, the great nations of the past – Greece, Italy, Spain, Britain – are falling into chaos and violence.

We have raised up a generation who cannot tell the difference between what they owe society and what society owes them.

They interviewed the rioters in England. Why, they were asked, are you stealing shoes or televisions. “Because,” the rioters said in response, “because we deserve them.”

We may think: Oh, how different are today’s youth! But the young merely imitate their parents. They have seen how the world reacts to evil – with indifference. They watch, they learn, they imitate. What one generation tolerates, the next generation will embrace.”

Anti-Beck protests chanted from outside the Old City walls, but groups of pro-Beck Israelis countered with signs and songs of their own.

Beck challenged the live crowd and those watching on his new GBTV network to read what he is calling a Declaration of Rights & Responsibilities:

In order to continually experience life, liberty and happiness as promised, nature’s God demands obedience to His law to protect those rights.

This is where we have fallen short and therefore, in order not to lose the blessings of freedom, the people of the world must turn from the sole focus on rights, and recognize the inherent and required responsibilities that we have.

Among the responsibilities to which we must adhere to maintain our God given rights are honor, courage and vigilance.

Over time, we believe that these basic human responsibilities have been trampled, and replaced with degradation, fear and apathy.

Saying that “it didn’t take a prophet to see these things,” Beck described his growing concern that turbulent world affairs would bode ill for Israel:

“And so this year, when I saw Tunisia’s and Egypt’s rulers crack and fall and the world called it the Arab Spring, I said: Where could this be going? And behind these revolutions was a familiar force, a force that will place those nations under a new pharaoh. And that force, I said, would come up to the borders of Israel. And so it has.

We are not at the mercy of these events. We can alter the course of history. We can stand against the dangerous arc of this story.

But we need people who are willing to speak truth. We need inspiration. We need a model to follow.”

You can read the full declaration here.

For the full text of Beck’s speech and additional video clips click here.

Beck said that at the conclusion of his speech he would leave that instant for South Africa:

“Some people call Israel an apartheid state. I reject that. And so immediately following this program I will fly to South Africa, which is where apartheid actually existed. I will broadcast from Cape Town tomorrow morning to remind the world what the evil of apartheid really looked like.

And I will learn from the people who conquered the hatred, ignorance and bigotry and who chartered a peaceful course for a new South Africa.

Then on Friday I will fly to South America to plead the case of human responsibility to a group of nearly 5,000 local leaders from all over the continent and ask them to join me in standing in defense of Israel, the Jewish people and responsibility.

Finally on Sunday, I will speak to 5,000 Americans in Dallas, Texas. I have chosen to end my week in the town where I will headquarter the charitable division of my company, Mercury One. Dedicated to the idea that one man, inspired by one God, makes a difference. This trip will end where a global moment begins.”

While Glenn Beck’s Restoring Courage event in Israel appeared to go off without a hitch to those watching, he revealed on radio Thursday that he and his team were forced to make last-minute changes because several confirmed participants faced threats, including threats on their lives.

Beck said that the choir scheduled to perform canceled just days before the finale after they were called into a meeting last Friday and told they would be dismissed, and would probably never work again, if they contributed their talents. Despite being in full support of the program, they decided that the consequences were just too great.

The choir that performed, then, was “cobbled together” after the original choir canceled on Sunday.

“I have to tell you some of the stories that I wasn’t able to tell you before and let’s start with this,” Beck explained while broadcasting from South Africa. “Yesterday, if you watched the broadcast on GBTV, if you watched the whole event that unfolded at the Temple Mount, what you may not know is how many people canceled at the last minute, and not because they were, you know, ‘I’m not going to stand with him,’ none of that. The reason why they canceled is because they were under death threat.”

In fact, Beck revealed that an Arab participant couldn’t even sing words when he took the stage. Instead, he could only utter melodic moans — anything else could have cost him his life.

“I don’t blame them for this at all,” Beck said regarding those who decided to pull out. You can listen to him explain the threats and the changes below:

Which 2012 candidate ‘STOOD WITH Israel’?

Only one of the announced GOP Presidential hopefuls made the trip to Glenn Beck’s three-day “Restoring Courage” event in Israel. You can see who visited the Western Wall and attended the big event HERE. 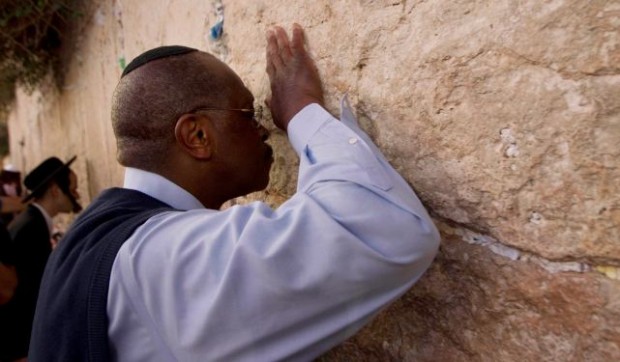 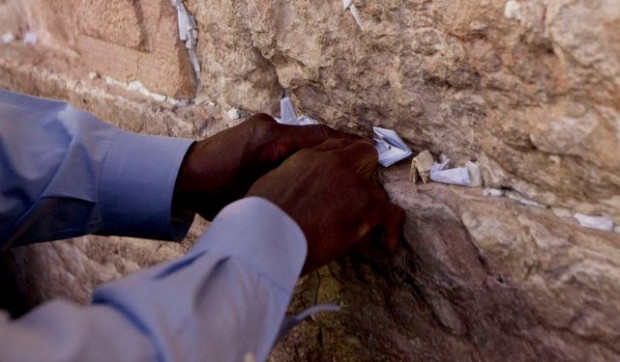 It is Also the One Year Anniversary of Beck’s Restoring Honor Event in Washington D.C.

Time to stand up and be counted!! Link arms my friends… link arms!!