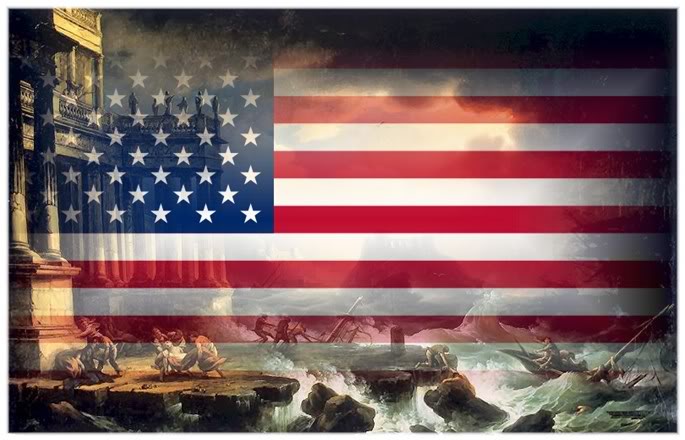 Leon Panetta wasted no time once he became the US Defense Secretary advancing the Responsibility to Protect Doctrine and simultaneously moving forward with massive defense cuts meant to neuter our military defenses and leave America weak and vulnerable on the international battle field. He shares a vision with Barack Obama of our military morphing from a true defense force into more of an international police force under the United Nations through R2P. Our nuclear capabilities will be massively cut back in favor of stronger ground, air and naval forces.

From The US Department of Defense:

“It is a good indication of the kind of partnership and alliances that we need to have for the future if we are going to deal with the threats that we confront in today’s world,” Panetta told students during addresses at both the Naval Postgraduate School and Defense Language Institute Foreign Language Center.

The Arab Spring, the name given to recent revolutions for democracy throughout the Middle East, is bringing change and in many cases, turmoil to the region, Panetta said. But it also offers “a chance to make that part of the world a better region, one that enjoys some of the values and some of the reforms and some of the political opportunities that we have in this country,” he said.

Savor that last paragraph for a minute. The Arab Spring was something this administration wanted. It was meant to begin a worldwide leveling of the political playing field so that a global government could assume the reins of power, with a chosen few at the helm.

Attacking Libya was unconstitutional, period. We attacked a country with no provocation, whose brutal reign pales in comparison with Iran’s evil empire and others in the Middle East. Libya was a military R2P testing ground and Obama and Panetta have found it very good indeed for their purposes. But as the US, NATO and the UN declare victory in Libya, the conflict is not over yet. The Rebels seem to be in control of Tripoli, but Qadhafi is still at large and there is the minor annoyance of WMDs floating around. But those are tiny details, right? I mean, it’s only the Middle East. Nothing bad ever happens there.

As I predicted some time ago, Libya is just the opening act for R2P. Enter Syria next. Which should be very interesting considering their ties with Iran. And Iran’s ties with Russia and China. War… What is it good for? Global chaos, wealth redistribution and power grabs. I can’t wait to see how it turns out. That’s if I’m still alive after they finish.

Suddenly, after watching thousands being slaughtered, our State Department is beginning to slap Syria’s hands. I doubt that they suddenly grew a conscience – more likely it’s the next step in a battle plan that totally drains our military in strength and finances forwarding the goal of bringing America to her knees.

But wait, there’s more! Yep, we are embroiled in another conflict in Yemen. What’s that you say? You hadn’t heard? What’s the media good for? Absolutely nothing!

From The Daily Bell:

The US is now involved in almost innumerable wars in the Middle East, but most have been reported in one way or another. This one has not been fully vetted as it continues to expand. Unconstitutional, secretive and expanding in scope and violence, it includes the massive, violent projection of US naval, air and Special Forces into parts of Yemen.

It is no skirmish but a coordinated, daily attack against hostile forces that supposedly include a number of “al Qaeda” (whatever they are) protected by local tribesman in the south of Yemen who have rebelled against President Ali Abdullah Saleh’s regime. It involves considerable military effort and expenditure of what must be a US task force that includes sea, air and land power.

Despite the new war’s massive scope, the major media and Congress remain culpably silent on this latest war (is there any other word for it?) even though such a massive military campaign must be well known to top power players in the media, in politics, in the intelligence community and obviously in the Pentagon itself.

So, now you can add Yemen to the list of conflicts the US is up to its eyeballs in, along with Libya, Iraq, Somalia, Afghanistan and Syria. Just how long do you think we can do this? And if I hear one more Keynesean economist wax poetic that all we need to do is print more money, I may rent permanent space on a brick wall to beat my head. Obama’s administration is a regulatory vampire that is greedily bleeding our military and economy dry. We are already near passing and slipping into the dark recesses of history. If we don’t remove these political leeches, they will kill us and dance on our corpses as they continue on their merry Marxist way raping the planet of all wealth and power. Not caring how many they destroy along the way. Hellishly good times for them.

And for dessert this Fall, Israel. If the UN gives Palestine its own state, and I believe they will, Obama will stand with the UN, for the good of the planet don’tcha know. Americans will not stand with their government on this. It’s obvious to me that Obama will use R2P to try and eradicate Israel. Israel will fight back – every American needs to decide, and now, where they stand on this. I stand with Israel.

The breadth and depth of Obama’s lawlessness is not only the height of arrogance, it is staggering in its evil scope. No one is stopping him. No voice is rising above his. If we don’t stop this soon, we will lose to a totalitarian regime and a new world order. Congress is toothless and the Constitution is being bypassed. As evil grows in America and around the globe, I keep wondering when will Americans stand up and say this must stop?

Make no mistake, Barack Obama and Leon Panetta are ushering in the American Fall and it promises to be just as chaotic and hellish as the Arab Spring – only much more ‘personal’ to Americans as we will be caught up in it. Better to fight evil and die a patriot, than to live under dark oppression. Never again will Americans meekly serve in evil bondage – will you stand for our freedoms? Or will you stand and watch the American Fall?

The City of Houston put itself in an interesting predicament, caught between the proverbial rock and hard place, through a series of blunders related to Red Light Camera Ticket Enforcement. Red light cameras were installed, ostensibly as a public safety measure, but in reality they were installed to generate revenue for the city and a private contractor, a private contractor who only required a percentage of the “take” according to the contract entered into.

The citizens of Houston voted the arrangement down, but only after a contract had been signed and put in place. Too long a time period having elapsed for such a referendum to be voted upon by the citizenry. The Mayor flip flopped, perhaps a political brain cramp, and decided the contract took precedent over the will of the citizens and had the cameras turned back on to issue more tickets in order to avoid litigation by the company which maintained the mechanical devices. City Council, having observed an uncomfortable amount of heat directed towards the Mayor’s Office which would eventually include all City Council members coming up for re-election, decided to put it to a vote according to an article by Gabe Gutierrez of KHOU 11 News.

“Council members first passed a non-binding resolution to take the cameras down, but then took it a step further – outlawing them in the City of Houston.”

Wonderful, we’re out of one frying pan and back into the other.

“They’ll be fighting the manufacturer of the cameras, American Traffic Solutions (ATS), in court over breach-of-contract claims.”

Here’s how to “fix” the mess without having ATS sue the city for gobs of money they think they’re entitled; keep issuing red light camera tickets. That’s right, keep issuing tickets until the cows come home, but instead of demanding violators pay an automatic fine, have specific wording on each ticket indicating payments are strictly voluntary based on an individual’s “civic responsibility” or conscious desire to do what is right.

There could be additional explanations which point to the fact the city could not produce witnesses to the event in a court of law, at least none that actually observed the running of the red light. Certified Police Officers who review the images on film were not present at the time of the violation and it would certainly be difficult, if not impossible to put a mechanical device on the witness stand should a defendant demand his/her right to cross examination, a time honored and established legal procedure. Judges would be instructed to dismiss any and all challenges to camera issued tickets; no revenue produced and fairly expensive to maintain such a system.

Eventually ATS would look at the bottom line of their “investment” and declare the “for profit venture” a failure. They would bow out of the business quietly. The City of Houston would have honored its original contract and the citizens would eventually see red light traffic camera devices vanish like a bad dream when the sun comes over the horizon.

The lesson, we need to stay within long established legal boundaries requiring human witnesses to testify in our civil and criminal courts. Witnesses must be available for cross-examination instead of turning things over to mechanical devices. Returning to these necessary limits would work for Houston and other municipalities where traffic ticket enforcement is based on revenue generation rather than the public’s safety. Remember, the first concern voiced by our city leaders after red light cameras were voted down wasn’t the safety of our citizens, it was how to make up the loss of revenue!

Folks who run red lights are a real danger to society, please don’t read anything into what I’ve said. Just make sure we enforce the law in a fair, just and lawful manner. Those who run red lights put lives and property at risk and should be prosecuted to the full extent of the law, but only if the violation can be proven in a court of law with real live witnesses, one of whom would normally be a uniformed police officer who observed the incident in person.