Well, lookie who has infiltrated my old stomping grounds – SDS! Who’s a good little commie? They are! Yep, the Marxists seem to be alive and well in Reno, Nevada along with labor unions, generic Communists and anarchists. They were out in force protesting the Tea Party Express today and generally posing for the fawning media. Who by they way, seem to be there more in support of the Marxists than American patriots. Go figure. 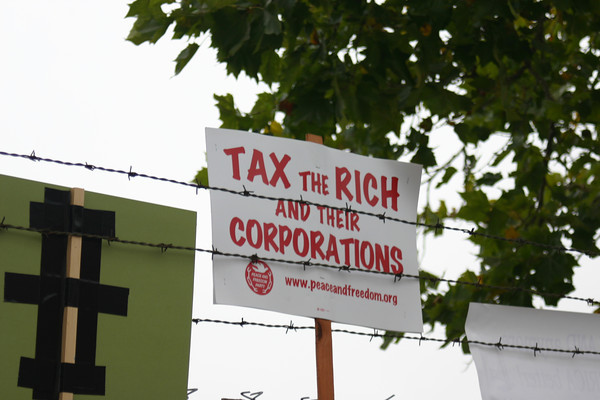 And it’s not enough that you have these evil whack jobs protesting against the Tea Party Express. Nope – the Republicans had to get their two cents of Progressive wisdom in. Amy Tarkanian, the Silver State’s Republican Party Chairwoman, just couldn’t help but show her true leanings today with this quip:

Hey, Amy… Is that you fighting on the side of Progressives? Sure looks like it when you take a stance against the Tea Party Express and try using Alinsky tactics to diminish their message of patriotism, fiscal conservatism and Constitutional principles. At least Judson Phillips of the Tea Party Nation had the good sense not to listen to you as you opened wide and inserted your foot:

“Please focus on the conservative cause and stay away from the Tea Party Express.”

And I suppose you are the author of the conservative cause? What hubris. Hope you get over your Megan McCain complex real soon. A pity – your slurring of a Tea Party faction does nothing but reflect poorly on the good Tarkanian name there in Nevada. Your divisiveness will not cause one second of pause for the Tea Party Express and the message they deliver to American patriots. 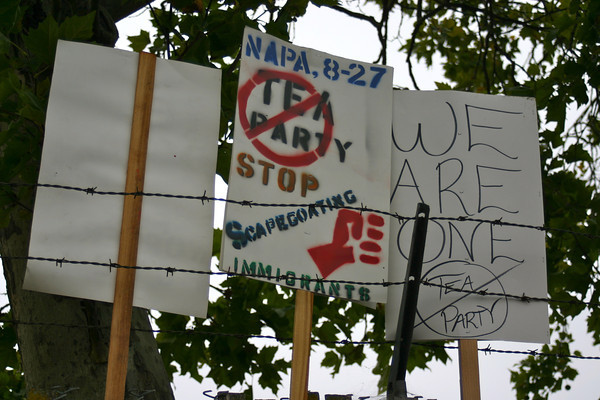 And I love how the media keeps putting out there how well funded the Tea Party is. It’s an absolute lie. They barely make expenses as far as I know and the friends I have on the tour have taken their own time and money to go out of love and concern for our country. The only well funded movements are on the left, which are highly financed by Progressives such as George Soros. They use the old tried and true political maneuver of blaming the other side for what they actually do.

Now there’s a real patriot, Sharon Angle. If Nevada hadn’t been such a good-ole-boy state and so corrupt, she would have beat Harry Reid. Amazing how ACORN and others can rig elections and mostly get away with it. Sharon’s day is coming though. A true patriot can’t be shut up and kept down forever and she is one feisty American patriot. She is now joining the Tea Party Express tour as an observer and will give speeches at every stop. Remember the name Sharon Angle…

“The debate is significant because the presidential hopefuls will be responding to questions that pertain to fiscal responsibility, free markets and limited government,” she said in a statement. 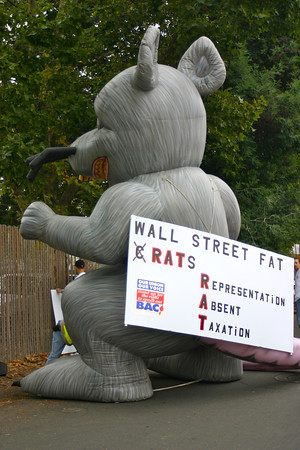 I am sure the Marxists protesting against the Tea Party in Reno are just finding their groove of their ‘eat the rich’ and ‘power to the people’ mantras. This is all connected to the US Day of Rage in New York on September 17, 2011 and their ‘Occupy Wall Street’ campaign. It will likely be an ignition point of violence and anarchy across America. Think your city is immune? Think again. There was a time when I thought Reno would never be vulnerable to this, but no more. It is a college town and the Marxists are recruiting and using every young person they can get their hands on. This is a tactic that has been used in fomenting revolutions around the globe to grab wealth and power. Just ask George Soros and the Open Society Institute. In fact, if you dig, you will find the old evil spider behind this somewhere. Bet on it. Along with Stephen Lerner, who literally told you this was coming and The Blaze broke that story.

A US Day of Rage is the title given to a day of ostensibly “non-violent” civil disobedience orchestrated by a group of radicals — that reportedly include SEIU’s Stephen Lerner and ACORN founder Wade Rathke (who, coincidentally, formerly served as president of SEIU’s local New Orleans branch) — targeting Wall Street and U.S. capitalism. It’s worth noting that the title of the movement — if its intentions are indeed non-violent in nature — appears to contradict itself slightly. 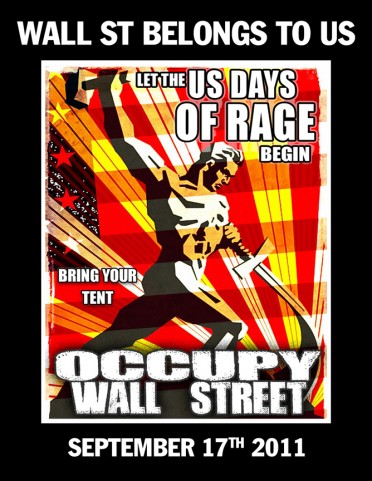 And as I said – you had a warning from Lerner previously:

You may recall that back in March The Blaze exposed Lerner for stating his aspirations to destroy JP Morgan Chase and cause the collapse of the entire stock market.

Now, the US Day of Rage protests, staged by a collective of activist groups allegedly in conjunction with Lerner and Rathke, are planning the actual “occupation” of Wall Street September 17, complete with a tent city set smack-dab in the middle of Manhattan’s financial district. Similar protests are purportedly set to take place across the nation — and even world — at the same time. Some Day of Rage organizers are even calling on activists to squat in Manhattan’s financial district for months at a time.

Note in the above, “destroy JP Morgan Chase,” “collapse of the entire stock market” and “Day of Rage.” All done non-violently of course. 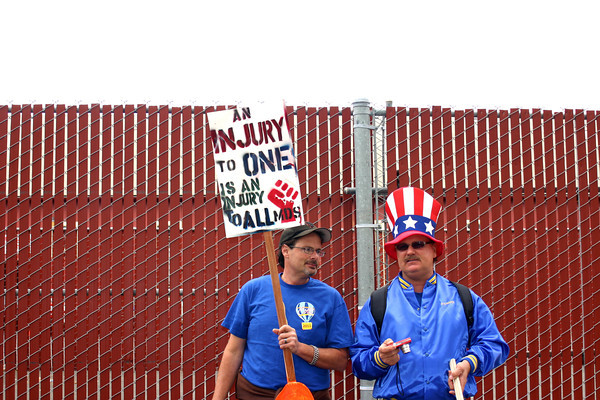 That’s just the warm up for the UN trying to smack Israel down on September 20th, 2011. I believe they are going to give Palestine their own state and demand that Israel cede part of their country to them. Good luck with that, you fascist putzes. My only concern on that is that the UN and the US will then employ the Responsibility to Protect Doctrine to force Israel to comply. If that happens, America will definitely be on the wrong side of history which portends a very bad future for the US indeed. Israel will never willingly give their land to the Palestinians. It is their country and they have a right to exist. If you split Israel, Israel will be destroyed by her enemies who surround her in the Middle East. And Obama and the UN know this. That is their plan. As for me, I stand with Israel. 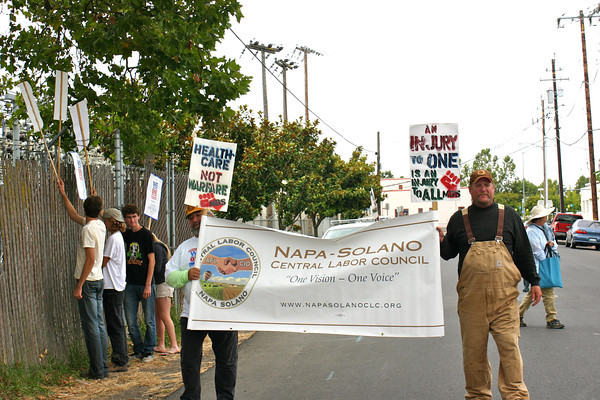 So, you see how all these protests and Marxists are connected right? These are not random events. They are the result of painstaking and elegant planning. And the Marxists in Reno are doing their part to further the cause. I suggest patriots in Nevada and elsewhere in the wild, wild West, kick their collectivist butts right out of their cities and states before they gain an even stronger foothold in the war between Progressives and Conservatives now waging across America. Tea anyone? 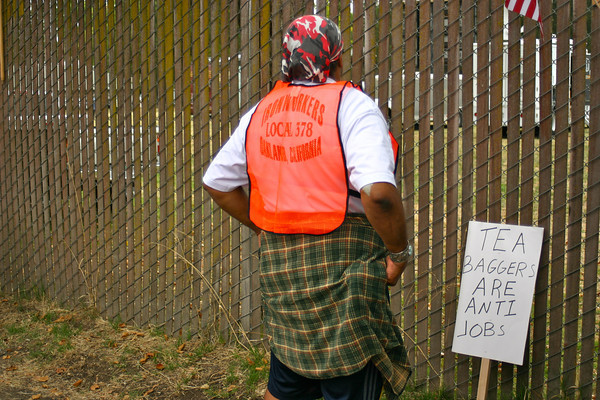 So they want to play Commies and Cowboys? I’m thinkin’ bring it. Stand with the Tea Party and tell your grandkids how the West was won… again.

6 thoughts on “Marxists Come to the Wild, Wild West”