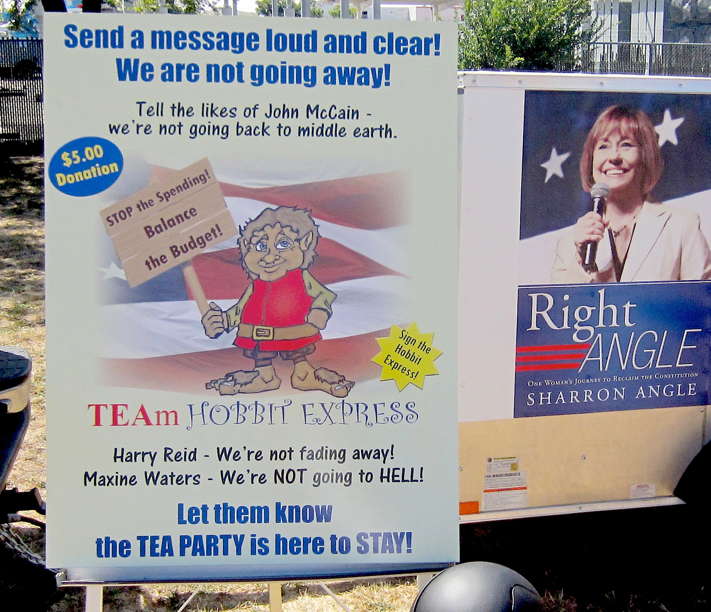 As the Tea Party Express rolled into Napa, they were greeted by Greenie Trolls who didn’t even bother to hide under a bridge as any other self-respecting troll would do. Don’t you know your etiquette? Geez.

Zombie has a fantastic photo essay post up at Pajamas Media: Green vs. Tea, Round 1: Party Battle Napa. You just have to see and read it all. The festivities were replete with Greenies whining and Tea Partiers being patriotic. It would bring a tear to your eye… Although, I can’t be sure whether that would be from patriotism or the wafting hippie aroma in the air.

The Reclaiming America Tour glided into town to spread hope and the intent of Constitutional Conservatives to cut spending, reduce taxes and restore our country to Constitutional principles. The Green Party brought their usual ‘hate’ rhetoric and a strong message of ‘meh’ to the scene. 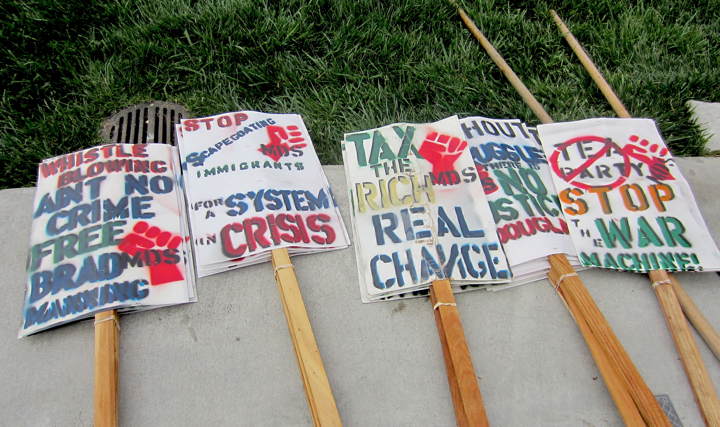 By all accounts in the end about 90 radical Greenies showed. According to Zombie, approximately 2,000 patriots attended. Of course the irrelevant liberal media massively overstated the leftie attendees and grossly underestimated the Tea Party turnout. But, hey… What’s new? 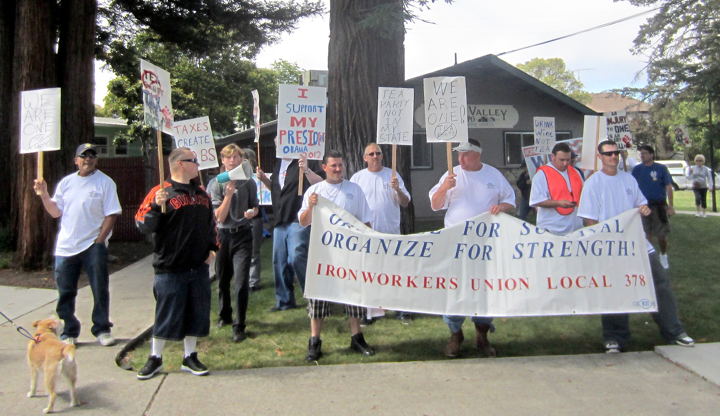 Right on cue, the unions showed. May I just say… Coming from a family of Milwrights and Iron Workers – guys, at least try to look like real men? I mean, seriously? Ankle socks, plaid shorts, baggie pants showing your god-given split… You look more like a bunch of retired old men and gangbangers than you do rough and tough construction guys. If my Dad was still alive, he’d slap the stupid right out of you. When he was a Supervisor, he didn’t allow hippies or gangsters on his job sites. No dopers and no slackers either. The unions must have really gone downhill in the last few years. Not to mention the whole Commie thing. 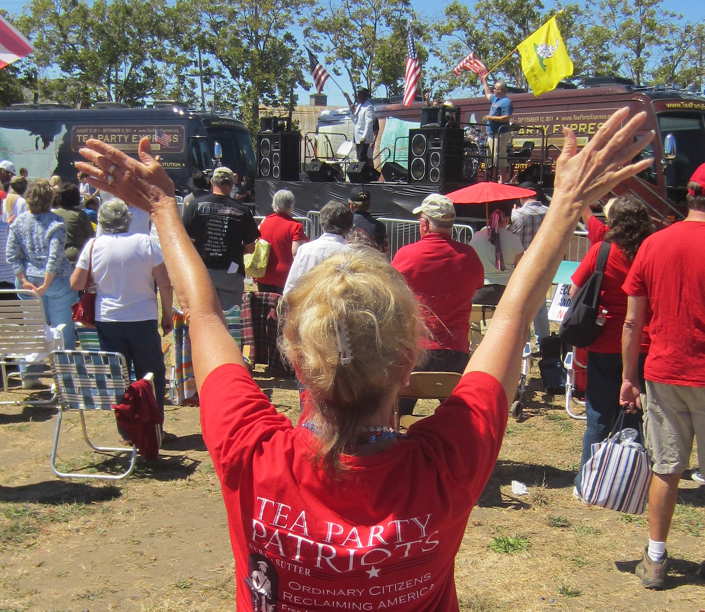 I am so very proud of the Tea Party Express and other Tea Party members. You guys rock! 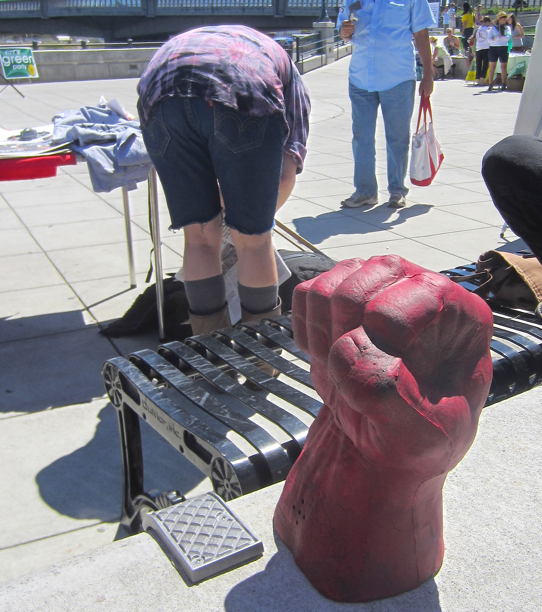 And the other side? Other than the massive butt shot above – Progressives, Liberals, Communists, Socialists, Marxists, Anarchists and Unions simply suck. I’ll take tea over whine any old day, thank you very much. Same old propaganda and hate from the Left. Nothing new there. Boring. 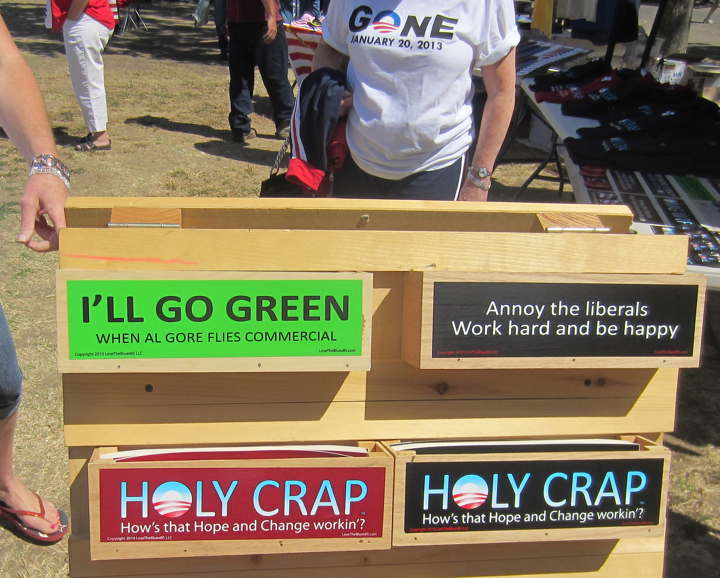 Here’s a video from a Leftie:

Pity… They looked so life-like. No one home there.

Go over and read and see it all. Good times. Zombie did an exceptional job once again. Invasion of the Green Trolls was easily overcome by the Tea Party Express. The good guys always win in the end – that’s the American Tea Party way!

2 thoughts on “Invasion of the Greenie Trolls – Whine vs. Tea”