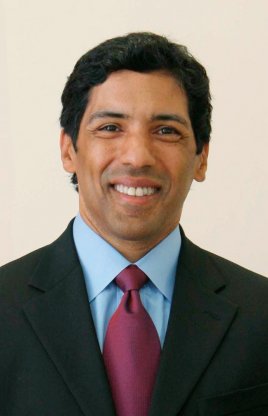 Hansen Clarke is a pro-Socialist Democratic U.S. Representative who has represented the 13th District of Michigan since Jan. 3, 2011. Prior to this he served two terms as a State Senator representing the first district of Michigan. His career in politics began when he worked as Chief of Staff to U.S. Representative John Conyers from 1990-92. Conyers has connections to the Communist Party USA and has had a long working relationship with Democratic Socialists of America. In 2002 and 2008, Greater Detroit Democratic Socialists of America contributed to and endorsed Clarke’s primary campaign against the incumbent Democratic State Senator. They also did some early fundraising and conducted a postcard campaign on Rep. Clarke’s behalf. Raised a Muslim and subsequently converting to Catholicism, Clarke seeks to work with local officials to “end religious and racial profiling in Michigan.”

In 2008, he worked closely with Michigan leaders of the pro-North Korean/Cuban Workers World Party on the house foreclosures issue. Clarke drafted and sponsored SB 1306 with Reverend Ed Rowe of Central United Methodist Church, one of the Moratorium NOW! initiators. Then in 2009, he was listed as a supporter of the Workers World Party and Democratic Socialists of America-infiltrated Committee to Defend Diane Bukowski and Freedom of the Press. In 2009 and 2010, Clarke was a member of the Host Committee for the National Lawyers Guild-affiliated Maurice & Jane Sugar Law Center alongside David Elsila, Bob King, JoAnn Watson and others. In 2009 the annual award was given to Marilyn Mullane, while in 2010 the award was given to Van Jones “Human Rights Activists and Green-Jobs Advocate,” Barack Obama‘s former “Green Jobs Czar.” In 2011, he was listed as an endorser and ongoing supporter of MichUHCAN‘s Health Care Security Campaign Coalition which “promotes comprehensive health care for all.” The leadership of MichUHCAN is heavily dominated by members of DSA.