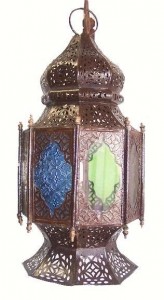 As Muslims celebrate the final days of Ramadan this year, it is interesting to note how explanations of Ramadan and invitations to mosques become a useful and effective tool in spreading Islam throughout Western countries. It may sound sinister to view Muslim outreach this way, but this outlook is justified.

In an article by Dr. Gahfer abd-Elsalam, Secretary General of Islamic Universities, entitled Ramadan in Holland and published in Egypt’s Al-Ahram regime-controlled newspaper dated September 8th 2009, the author describes his travel to Holland and Belgium during the month of Ramadan. Elated by the proliferation of Islam upon these two Western countries, abd-Elsalam relishes and praises the inroads made by the spread of Muslim culture and expresses amazement at the accomplishment of the call to prayer within the cold climate of Northern Europe.

He is impressed by the impact of the new reality of increased Muslim populations in both countries manifested in Muslim businesses, Halal foods and great numbers of mosques (almost one on every street he claims) enjoying many visitors during Ramadan. Dr. abd-Elsalam concludes, “I say that people [Westerners] are looking deeply into Islam and Muslims: that Muslims in a short time will rule and own those countries…now the doors are wide open.” Muslims will rule and own those countries?

In an effusive show of favor and goodwill toward his Muslim guests at this year’s White House Ramadan dinner, President Obama poured out a sentiment that secures Islam’s presence and position in America today. He recognized Muslims as having “long contributed to the strength and character of our country in all walks of life,” and in a peculiar take on American history he further stated, “Like so many faiths, Islam has always been part of our American family.”

Where do we see influence of Arab-Muslim religion and customs in shaping American history? That Thomas Jefferson had a copy of the Quran in his personal library implies nothing about Islam’s connection to the Founding Fathers – certainly not Islam’s compatibility with American liberty, justice and equality. For most Americans the first impact with Muslim culture occurred on 9/11 when deadly attacks occurred on American soil originating from the Arab-Muslim part of the world. A decade of public debate followed. So I was glad to hear the President add that the Muslim contribution to America “has been especially true over the past ten years.”

President Obama’s warm welcome and message of inclusion is reminiscent of his earlier language in the Cairo Speech of June 2009 where his commitment to Zakat overshadowed his knowledge of Taquiya and ushered in this time of discovery in America about Islam. Never mind that Americans tend to regard the spiritual journey as a personal and private matter. In a sense, Americans generally remain distanced but respectful of another’s beliefs and skeptical about those beliefs leading to the harm of others.

So why do Muslim groups insist on deepening America’s understanding of the religion of Islam with their highly-funded campaigns? Are non-Muslim Americans really troubled by not knowing enough about rituals, celebrations and the spiritual significance of the religious Ismailis, Sufis, Sunnis, Shias and others? Do Americans toss and turn at night wondering what the connection between faith and fasting for Muslims during Ramadan? Or for that matter the truths behind the Catholic Lent or Yom Kippur for the Jews?

One possible answer could be that as Americans increasingly tap into information about Islam from authoritative sources and experts outside Islam, the pressure on Muslims to “educate” Americans by teaching and proselytizing the Muslim religion grows. This explains the persistent notion by purveyors of Islam that Americans need to get the facts from them and not rely on “hearsay.” Using toll-free hotlines, highway billboards and websites such as whyislam.org – of course all for the purpose of educating not converting – organizations such as The Islamic Circle of North America set the record straight by spoon feeding Americans the “correct” information.

When promoters of Western democracy who include former-Muslims, non-Muslim minorities from the Middle East and other Western human rights advocates deliver a very different message about Islam – an honest, reliable and factual one – and devote their lives and careers to the examination of Islam, these courageous individuals establish legitimate viewpoints useful for instruction to the West and American national security. I, for one, have contributed to this ever-growing body of knowledge used to counter the disinformation and imbedded myths (think “religion of peace”) generated by Islamic outreach programs set on managing Western perceptions and curbing our so-called phobias and hostilities.

Coming from a Coptic family in Egypt and growing up with both Muslims and Christians in Cairo, the approach of the Islamic month of Ramadan was very much an exciting part of my life. The special Ramadan programming on television represented the best Egypt had to offer. There is no doubt my family and others of my faith bonded in friendship with our Muslim neighbors despite years of relegated status imposed by Islam upon my people. I was living in an Islamic-majority country dominated by the practice of Islam, whereas America has much to learn!

A recent Pew Research Center study projects that the Muslim population in the United States will grow from 2.6 million to more than 6.2 million by 2030. In anticipation of competing numbers with the number of Jews in our country, Arab-Muslims, salivating on these projections (based upon birthrate and immigration), are hoping to add to them by conversion — spreading the religion of Islam by teaching a sanitized version of the Quran while using the excuse of correcting lies proliferating on the internet.

In spite of our nation’s President insisting that Islam has been an integral part of the formation of America since the Founding Fathers, Islam’s contribution to early American history cannot be substantiated and will have to be revised in our history books in order for the next generation of Americans to know that Islam has played an immense and valuable role. Highlighting Ramadan in the West serves well to familiarize Americans with one of the world’s great religions and prepares the listener to receive and accept the deception that Islam has always been immersed in our culture. The spreading of Islam today throughout America is the saturation of this acceptance.