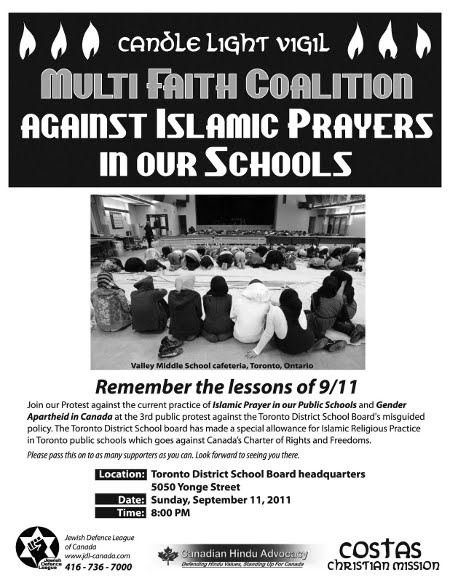 People… It is getting ugly fast!!! This is what Obama’s policies have brought us! 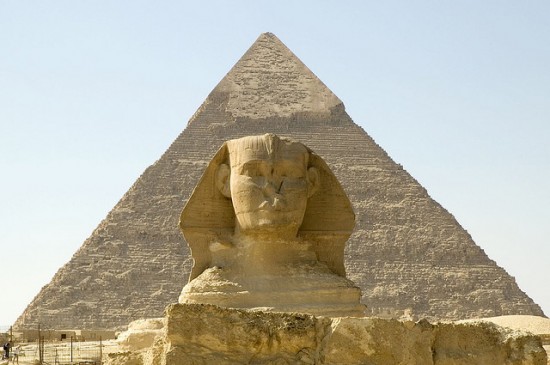 (IPT) — With the Egyptian economy already worsening since the revolution began in January, Muslim Brotherhood operatives are demanding stricter regulations on behavior and dress that could damage the country’s tourism industry.

The Freedom and Justice Party (FJP), which functions as the Brotherhood’s political wing, wants to ban alcohol consumption on Egyptian streets and ban bikinis on the beach.

For their part, Egyptian Salafists (who advocate a form of Islamism more extreme than that practiced by the Brotherhood) aren’t just troubled by alcohol and bikinis. Abd al-Munim A-Shahhat, a spokesman for the Salafist group Dawa, said that the Egyptian pyramids, the sphinx and other monuments should be covered up with wax because they are “religiously forbidden.”

Likening these relics to idols covering the walls of Mecca in pre-Islamic times, A-Shahhat said Wednesday that “The pharaonic culture is a rotten culture.”

These comments follow a spate of dismal economic news including forecasts that Egypt’s economy will contract by 3.3 percent this year, rather than the 2.5 percent estimated in February following the ouster of President Hosni Mubarak.

According to EFG-Hermes Holding SAE, the biggest publicly traded investment bank in Egypt, the country’s economy contracted at an annual rate of 4.2 percent in the first quarter.

The Brotherhood should create alternative jobs, he said, to support the people who would lose their jobs if the Islamists get their way. There are 1.8 million people working in the country’s tourism industry, along with another 2.8 million people whose jobs are indirectly supported by tourism.

Some Egyptians believe the Brotherhood is taking the country down a dark road.

“This is how thinks began in Iran,” Hani Henry, a psychology professor at the American University in Cairo, told The Media Line. “The moderate youth wanted to implement changes, but the mullahs hijacked the revolution. The same thing is happening now in Egypt with the Muslim Brotherhood.” 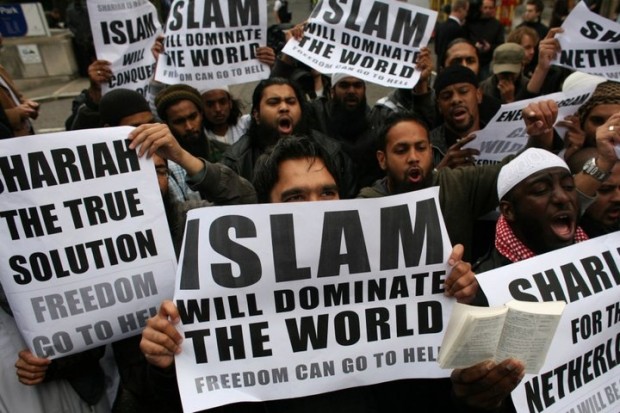 A startling interview with Sheikh ‘Adel Shehato that was published in Roz Al-Yousef, an Egyptian daily newspaper, raises some serious concerns about Egypt’s future. Shehato, a senior official in Egyptian Islamic Jihad (EIJ), was imprisoned back in 1991 and freed during the uprisings back in March. Now, he is speaking out and sharing his radical views about sharia law, worldwide domination and Jewish and Christian “infidels.”

In the interview, Shehato shows his disdain for democracy, claiming that “it is not the faith of the Muslims, but the faith of the Jews and Christians.” Aside from railing against democracy, he goes on to unabashedly claim that sharia is his ultimate goal. Further showcasing his view that “rule by the people” is completely unacceptable, he continues with the following:

“once Allah’s law is applied, the role of the people will end and Allah will reign supreme.”

According to Memri.org, Shehato pledged his support for Al-Qaeda’s ideologies, but he claims that sharia law will not be imposed through violence. Instead, he says it will be instilled through preaching (violence, of course, is reserved to be used against “infidel Arab rulers). Memri.org continues:

Shehato said that if the mujahideen came to power in Egypt, they would launch a campaign of Islamic conquests aimed at subjecting the entire world to Islamic rule. Muslim ambassadors would be appointed to each country, charged with calling upon them to join Islam willingly, but if the countries refused, war would be waged against them. 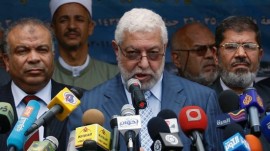 The Islamic state he’d like to see Egypt become is an equally concerning picture — a nation that would have no trade or cultural ties with non-Muslims. And because tourists “drink alcohol and fornicate,” all of the sites that have made Egypt a popular destination for foreign vacationers. will be shut down. Art, dancing, singing and other exercises of talent and self-expression will also be prohibited. Below, take a look at just a small snippet of the Roz Al-Yousef interview:

Q: “But we Egyptians have never regarded the Christians as infidels. [In fact,] many of us have Christian friends even closer than our Muslim friends.”

Shehato: “As a Muslim, I must support the Muslim and oppose the Christian. If there is a Christian who does me no harm, I will maintain limited contact with him. Islam [discusses] certain degrees of contact with the Christian, namely: keeping promises [that were made him], dealing honestly with him, treating him kindly, and befriending him. The first three are allowed, but the fourth [i.e., befriending the Christian] is deemed dangerous, for it contravenes the verse that says, ‘O you who believe! Do not take my enemy and your enemy for friends: would you offer them love while they deny what has come to you of the truth’ [Koran 60:1]. It is inconceivable that they should serve in judiciary or executive posts, for instance in the army or the police.”

Q: “Are you against blowing up churches?”

Shehato: “Yes and no. The Christian is free to worship his god in his church, but if the Christians make problems for the Muslims, I will exterminate them. I am guided by the shari’a, and it stipulates that they must pay the jizya tax while in a state of humiliation…”

For anyone worried about the potential radicalization of Egypt, Shehato’s words will certainly be concerning. His vision of Egypt stands in radical opposition to democratic ideals. Of course, there’s no guarantee that his views will become a reality, though extremist theories like these seem to be making their rounds among Egyptian leaders. Read the rest of the interview here. 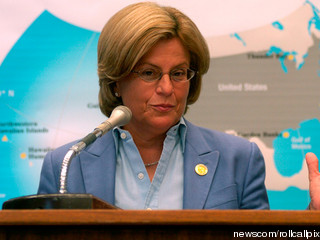 From NewsBusters to Bloomberg

House Republicans are introducing a bill today with hopes to force major changes on the United Nations. The bill would require the UN to allow member countries to fund the UN agencies of their choosing rather than according to a formula, end funding for Palestinian refugees, limit U.S. funding to be used only for purposes specifically outlined by Congress, and end contributions to peacekeeping programs until changes in management take place.

With the United States contributing 22% of the UN’s operating budget, the GOP believes there is enough leverage to force these changes in the UN. Led by the Republican chairwoman of the House Foreign Affairs Committee, Ilena Ros-Lehtinen, the changes are designed to end corruption and inefficiency in the global organization. How involved do you think the U.S. should be in the UN? Let us know your thoughts in the comments.

As explained in Bloomberg,

Ros-Lehtinen’s aim in shifting the UN budget to a voluntary system is to encourage competition for funds and therefore elicit more effective performance from UN agencies, said a House aide familiar with the legislation. He wasn’t authorized to speak on the record.

The bill’s timing runs counter to the emergence of the administration’s “Obama Doctrine” of working with others to address international issues, particularly those that don’t pose an immediate security threat to the U.S., said Jeffrey Laurenti, a UN analyst at the Century Foundation, a New York-based economic, political and social research foundation.

This, about Ileana Ros-Lehtinen is from Big Peace.

Chair Of House Foreign Affairs Committee To UN: Recognize Palestine And We Will Defund You

Congresswoman Ileana Ros-Lehtinen (R-FL) is the chairman of the House Foreign Affairs Committee and she has drawn a line in the sand for the United States.  She has introduced a bill which would dramatically cut U.S. contributions to the United Nations if that body votes for Palestinian statehood next month.  ”Chairman Ros-Lehtinen felt it was important to introduce the bill, which includes a title withholding U.S. funding to UN entities which upgrade the status of the Palestinian mission,  in advance of the Palestinian Authority’s statehood push at the UN,”  her spokesman told Foreign Policy.  Democrats in the House,  reports Foreign Policy,  are opposed to the bill.