Yesterday the Tea Party Express rolled into Indiana for one purpose – to call out Republican Senator Dick Lugar for being a part of the problem! For too long now, this big-government, spending-addicted politician has played the political game at the cost of principle. Although he claims to be a Republican, Senator Lugar seems to care more about spending money this country does not have than working to rein in federal spending.

You can see the full schedule of the Reclaiming America tour HERE.

Incredibly, Lugar endorsed Barack Obama in 2008, saying he agreed with his defeatist approach to foreign policy. I guess that’s why Obama called Lugar “his favorite Republican,” and even featured Lugar in his campaign ads. Lugar defends Obama to this day – refusing to challenge the Constitutionality of Obamacare, even though the people of Indiana demand it be repealed. 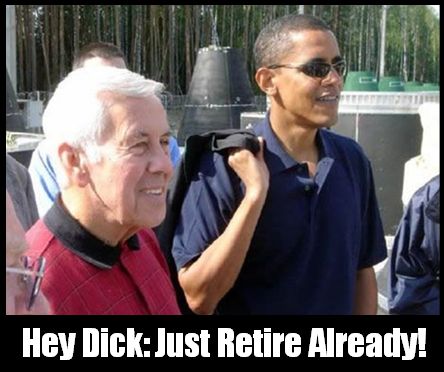 It’s time to give this seat to a real conservative. We at the Tea Party Express have a reputation for kicking big-government liberals like Lugar out of office – Republican and Democrat alike. With a 17/100 conservative action score, it’s time for Lugar to go. Indiana deserves a better Senator, and the country can’t afford any more of his betrayal.

No real change will happen in Washington until we change the players. Please help us turn the heat up on Lugar and boot him out of office! Just click HERE to contribute!