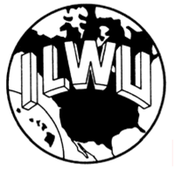 Six guards were held hostage for a couple of hours after 500 or more Longshoremen broke down gates about 4:30 a.m. and smashed windows in the guard shack, he said.

No one was hurt, and nobody has been arrested. Most of the protesters returned to their union hall after cutting brake lines and spilling grain from car at the EGT terminal, Duscha said.