In an article yesterday about this weekend’s U.S. Day of Rage or Occupy Wall Street, I asked several questions including, is George Soros involved and what is this about? The website says this is all about banking and the financial forces that shape our country, but is there more? Seems there is. Is George Soros behind this protest? I have some new information on that. I’m reading everywhere on the Internet that Wade Rathke, co-founder of ACORN and SEIU,  announced the Day of Rage on March 25, 2011. I don’t doubt that is true, but haven’t been able to find anything other than someone else quote him – nothing linking to the actual quote. The source for the information seems to come from Canada FreePress.

Gulag Bound has connected George Soros to U.S. Day of Rage through The Ruckus Society on the U.S. Day of Rage website. The Ruckus Society receives funding from the Tides Foundation and George Soros’ Open Society Institute provides grants to Tides, including a mere $4.2 Million in 2008, the last year figures are available. Several paragraphs down you’ll find more on the hopes for a Robin Hood tax, and rewriting our U.S. Constitution, among other little Marxist dreams, including violence since “fiscal reform” probably won’t do the job. 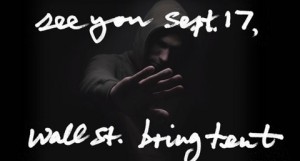 Occupy Wall Street, planned for September 17th, has posted a video of a test run on September 1st. They planned to spend the night on Wall Street. They announce a Second Revolution and chant, “Wall Street is all streets.” Exhilerating! You’ll see police interaction, and the “revolutionaries” are telling police the Constitution of the United States gives them the right to sleep on the sidewalks. Federal law transcends state law, don’t you know. Doesn’t it always these days? One says he wants to change the system, and students should not have to pay back school loans. Unbelievably, the policeman says, ” I agree with you.” The police say the “gathering” is not acceptable, and the hippie tells the Cop he is blocking the sidewalk. Nine were arrested and released that same night, costing taxpayers plenty (do these people pay taxes – do any of them have a job?).

Thanks to Judy W. for the tip! Read more on the connections to Occupy Wall Street (U.S. Day of Rage) here and some background here.

Here is more from Gulag Bound (including a Van Jones connection):

The other organization’s they show is warresisters.org for the War Resister’s League.  That’s not surprising, MegaloMarxism has been behind peaceniks for a long, long time in America — just like they are behind their anarchists and Islamists.  They don’t want “bastion of freedom” America to be either free or a bastion.  See Gulag Bound’s category, “Peace Movement Manipulation,” for many articles primarily or secondarily about that. 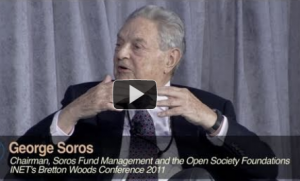 So we have confirmation of likely George Soros connections. Surely there is enough of the $4.2 Million for the U.S. Day of Rage, and no doubt more millions have flowed in the years since 2008.

Just so you know, organization-wide, the U.S. Days of Rage (Occupy Wall Street ) agenda is to demand that money be removed from politics, that the U.S. see to it, that in the future, no bank is too big to fail, and to demand that the Federal Reserve no longer be able to “steal our future.” So what will the “occupiers” do about that on standing around on sidewalks?

This will be a loosely knit gathering of sidewalk groups. The idea is to find your spot on a block somewhere, and then to join with others to form a group, called a People’s Assembly. The group should not have a leader, as everyone is equal, but they are directed to ask two questions: What do we want, and how do we get it? Since there is already an agenda laying out what they want, there must be more. And there is as you’ll see below, but more recent communications are saying they must, must, must come to a consensus and have one single demand for Barack Obama, and if they can’t…read it below.

WorldNetDaily’s Aaron Klein happened upon a tweet (don’t you love Twitter!), from the account of Alice Khatib, who identifies as being located in Geneva, Switzerland. That led to the website Take the Square where Khatib posted a “Message from The General Assembly of New York City.”

Here are some of her thoughts:

Some of us think that the imposition of a Robin Hood Tax on all financial transactions, tax increases on capital gains, and the reinstatement of the Glass-Steagall Act are three essential measures to reestablish a minimum of fiscal sanity in the United States and abroad. [Read about the Glass-Steagall act here]

Some of us think that true autonomy and independence cannot be achieved through fiscal reform.

Some of us believe that we ought to reboot the system, rewrite the constitution, recuse a system of government employed by the rich for the rich.

Many of us think that what truly matters at this stage is to create a shared framework which may enable everyone to speak out, be heard, co-evolve and advance with others. If you look through this framework you may not see one defined picture. If you walk through it you will be amazed at the strange world on the other side. It is time to take back our lives. We ask you to join us now in New York City or to start your own General Assembly in your own town.

In solidarity and struggle,

The Occupiers are hoping for 20,000 in Lower Manhattan, for what is billed a ‘Tahir moment,’ emulating the ‘freedom fighters’ in Cairo who have received no freedom. They are hoping for tents and kitchens to be a part of the sidewalk landscape. “Peaceful barricades” are also planned.

The following is a snippet from Adbusters, addressed to “patriots, rabble-rousers, revolutionaries:”

What if, try as we might, we just can’t come up with only one demand? Well, then maybe we can decide together on an END THE MONIED CORRUPTION OF AMERICA MANIFESTO – a rousing compendium of our most urgent demands. And on the seventh day of our occupation we publicly deliver our manifesto to the White House and to the American media, letting Obama know that we won’t leave Wall Street until he responds.

If thousands of us hang in there day after day, week after week, we may be able to create a spectacular revolutionary experience that fires up the public imagination and eventually maneuvers Obama into doing something that he has so far not had the guts to do: agree to a bold, decisive stroke against the financial corruption of America. Now that would get the American people behind us and cheering us on from coast to coast.

If we can achieve that, the sky will be the limit … further demands will follow and a new America will be born.

This weekend, if things go right for U.S. Day of Rage (or is it days) and Occupy Wall Street, there will be people hanging out in city squares and financial capitals across the globe. Read more information about the training going on in NYC to ready for this weekend, including how to behave in jail, and where to find a bathroom. All this is scheduled for September 17th.

Linked by Just Piper – thank you!