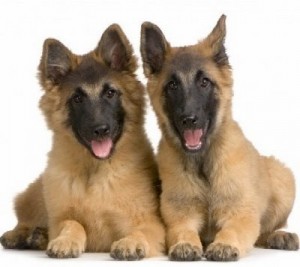 Just recently The Kingdom of Saudi Arabia interfered in a Canadian organization’s right to place a TV ad on Canadian television which educated Canadian consumers with statements of true facts. Yes, that’s right. A foreign dictatorship policing another nation threatens individuals with a cease and desist letter to halt the airing of their ad. More recently, Mr. Derek Reeve, a councilman in the California town of San Juan Capistrano, is chastised and shamed by another Saudi-style agent of censorship into removing the name of his family’s pet dog. They would like him to rename his pet something acceptable to them, I guess.

In this case, the Big Brother authorities, otherwise known as CAIR and ICNA-SC, were bolstered by a blurb of national media attention – Bill O’Reilly offering Councilman Reeve the Pinhead distinction for exercising free speech in his own backyard. Does that by default make CAIR or ICNA the recipient of your Patriot award, Mr. O’Reilly, for being truly American? So turns the wheels of Shariah Islamic Law in free Western democracies.

Likewise reports came out of Egypt last week that, Dr. Michael Nabil Sanad, a blogger who was jailed for stating facts about Egyptian military corruption a few months back landed in a prison cell for doing so. Michael Sanad continues to uphold free speech in more than 28 days of his hunger strike as he lies on his deathbed. Michael Sanad must have understood going in that “free” speech in Egypt had always been monitored Shariah-style with little or no allowance for words critical of the President, the government/Islam and the military – the controlling agents of an Islamic society. He hoped for change with Egypt’s revolution!

In the Reeve incident the local elected officeholders chose to submit to reprimands from powerful international monitors of free expression who deal with minutia in America on a daily basis. Like third-grade kids scolded by the principal on the playground for braving a punch to the bully, San Juan Capistrano council members yielded to their “superiors” to emphasize the “higher standards” of officeholders. In contrast, those in attendance defied this position and voiced their resentment of outsiders meddling in first amendment rights.

As Mr. Reeve pointed out to his peers on council in a public interrogation, “I will teach them [my children] and educate them on these principles (free speech) until the day I die.” It is however not enough that Mr. Reeve educate his children as he sees fit, he must as well be observant of the Muslim faith while doing so. Subjugation to Islam is exactly what this incident is about and nothing more – not racism, not insensitivity, not insults. For America, the land of the free, a spark of hope remains here in the fact that, according to accounts, most San Juan Capistrano council members remained silent or gave verbal support to Reeve, and the residents in attendance overwhelmingly came to his defense.

Furthermore if the Mayor of San Juan Capistrano, Sam Allevato, actually wanted to represent the views of everyone in his city as he stated in, “When you’re up here on this dais, you have a different role. You’re an elected leader of the 37,000 people who we represent. We’re here to represent everyone” – will he do anything to defend the name of Jesus Christ defiled in speech somewhere everyday by someone important in his city — silly idea, right? Because as a secular nation, we do not do this!

The real culprits in this matter and the ones who should be urged to apologize if we choose to indulge in this kid game of “say you’re sorry” would be both the Mayor and Mr. Kramer, Reeve’s fellow councilman, who gave the “bullies” access to the citizenry in the first place to make a major issue out of what amounts to the private business of one man and his family. However, in all fairness, they would have been sued in the legal courts otherwise.

As we know by now, handing over authority to Islamic watchdog groups is a common weakness of both our elected and appointed leaders from the very top down. Most notably, this year Secretary of State Hillary Clinton suggested the concept of shaming (a type of political correctness on steroids) as a strategy to curtail speech offensive to Islam. She has signed on our State Department to facilitate the effort of the Organization of Islamic Cooperation to “criminalize speech about Islam around the world.”

Shall we deem Mr. Reeve myopic in his rationale to call his dog Muhammad and cruel for his lesson on freedom to his son however noble his intent? Watchdog Islamic groups are counting on our rejection of him and our sympathy for them held in that particular viewpoint in order to corral us into accepting special privileges for Islam in America. We’re of course persuaded to comply to prevent being called names – like “racists” and “hate-mongers” — devised out of hatred toward the American way of life. Meanwhile, the real underdogs and subjects of hatred and oppression are non-Muslims living in Islamic countries – supremacy being Islam’s real goal.

Reeve admitted in an email interview, according to OCRegister.com, “that he was fearful of possible retaliation and removed his biography from the city website” and he is believed to have put his family at risk. Dog naming may even lead to a city-wide protest currently being considered by Waqas Syed, the deputy director of the ICNA-SC, to combat “Islamophobia.” Yet how could this be Islamophobia when Reeve has a legitimate fear for his own life and the well-being of his family? How about a city-wide protest by law abiding citizens to stop the meddling and harassment of private citizens?

As all Americans, ICNA has always firmly supported the fundamental American value of freedom of speech for all, including elected officials. While it reminds that elected officials, due to the nature of their office, also have the responsibility of representing all their constituents and of observing a higher standard of morality than private citizens.

Syed may first wish to turn his sights onto Cairo, Egypt — the home and preeminent source of Sunni-Muslim Islamic Shariah Law — to note how former Interior Minister, Habib El-Adly, under now deposed Egyptian President Hosni Mubarak missed his mark of a “higher standard of morality.” He allegedly gave the order to attack the Coptic Christian Church in Alexandria earlier this year killing many innocent Egyptians. Was El-Adly fulfilling the “nature of his office?”

Folks, how will this end? Michael Sanad is dying in a jail cell because he made the mistake of thinking that Egypt, an Islamic majority country, could be a free land like that of America, but instead we have more and more examples today of an America reminiscent of Egypt. Meanwhile Mr. Reeve, could you please not apologize for naming your second dog America because as one patriot to another, go right ahead! Hurrah for dogs, hurrah for America. Hurrah for dogs in America!