I am delighted to announce…

“I am delighted to be more involved in a pro-active way with the Campaign to Defeat Barack Obama and ensure that we reclaim America in 2012,” she said.

Shea King, known as Central Florida’s “First Lady of Space Coast Conservatism,” hosts a political talk-radio program and writes a weekly column for World Net Daily. She blogs at her Radio Patriot website and has traveled with the Tea Party Express on its three most recent national tours, as well as last summer’s TPX effort to save Wisconsin republican state senators from recall. 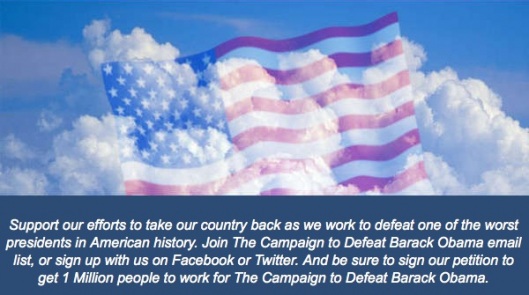