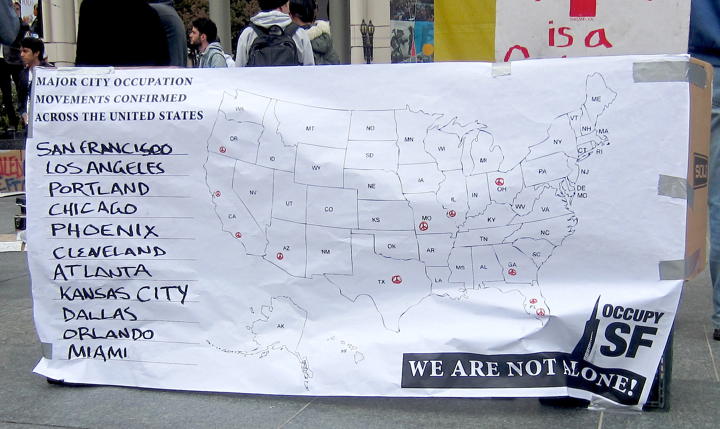 Sigh… You know, if you are going to protest and take on big business, you should at least shower. Zombie has done another terrific post on ‘The Days of Lame’ on the West Coast. I swear it looks like a repeat of the 60s without the really bitchin’ music.

On the East Coast (and probably ramping up for the West Coast and all parts in between), the protests are more serious with quite a few arrests and lots of photo ops. Complete with staged, lying, not quite house-losing (as in not at all) students on their knees in front of lots of cameras.

But never fear bat fans, the hippies and rejects may be lame, but they are determined. And violence will indeed be part of the formula. They are recruiting the young and have all the power and money in the world behind them. This is a battle they refuse to lose – they really believe that now is their time. So, while the hippies may be failing currently in some places to occupy America, they are regrouping and drawing out one killer battle plan. Top down, bottom up, inside out…

The Ongoing Occupation of America