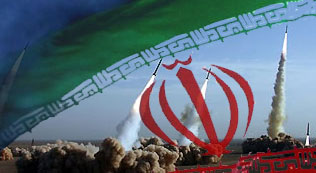 America!! It’s time to wake up: There’s an Iranian missile base in Venezuela; The Iranian Navy is starting a mission in the Atlantic Ocean and into the Gulf of Mexico; Iranian missiles are being armed with nuclear warheads; Iran now has enough enriched uranium for six nuclear bombs; and Iran has hundreds of terrorist cells in the U.S. and in Europe.

For decades I have tirelessly tried to warn the West about the ideology and agenda of the radicals ruling Iran. I have urged the West to help the people of Iran with their aspirations for freedom and democracy. I have tried to help the West understand the determination of these radicals in their quest to bring about death, destruction and disaster to the world.

However, the Western leaders have instead chosen to allow these radicals not only to slaughter the freedom loving people of Iran but to arm themselves to the teeth and to continue developing their nuclear program unabated, which only emboldens them and confirms their belief that Allah is protecting them — that they are on the right path.

In May, I reported that the Revolutionary Guards were building a missile base in Venezuela (Opinion: Iran is Building a Secret Missile Installation in Venezuela). The leaders of Iran and Venezuela hailed what they called their strong strategic relationship, saying they are united in efforts to establish a “New World Order” that will eliminate Western dominance over global affairs.

I revealed back in July (KAHLILI: Iranian missiles could soon reach U.S. shores) that the Guards have armed their naval vessels with long range surface-to-surface ballistic missiles; that the Iranian Navy plans to start missions in the Atlantic Ocean and into the Gulf of Mexico — off the shores of America’s eastern and southern coasts.

I also revealed several months ago that the Iranian Supreme Leader, Ayatollah Khamenei, has ordered the Guards to arm their missiles with nuclear warheads (Does Iran Now Have Nuclear Capable Warheads?). America needs to understand that we cannot fail. We cannot allow them to get the bomb.

The Islamic regime in Iran now has enough enriched uranium for six nuclear bombs. They continue to defy four separate sets of UN sanctions and will soon be arming their missiles with nuclear warheads. Not only will they destroy Israel, but with only one nuclear armed missile for an Electromagnetic Pulse attack, they could bring about the demise of America, as promised by the leaders of Iran. Should that attack occur, over two- thirds of the U.S. population will lose their lives. 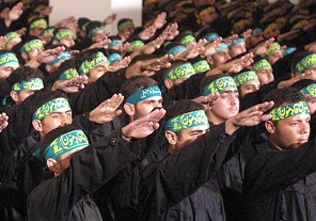 If that’s not enough, they have now announced the existence of Hezbollah cells in the U.S. and in the heart of Europe. Their only mission is to destroy the West. The radicals in Iran truly believe that the timing is right, that the time is now for the final glorification of Allah!

See video below of the Islamic regime’s theorist, Rahim Poor Azgadi, calling for Jihad in America and Europe:

Family Security Matters Contributor Reza Kahlili is a pseudonym for an ex-CIA spy who requires anonymity for safety reasons. He is a senior fellow with EMPact America and the author of A Time to Betray, a book about his double-life as a CIA agent in Iran’s Revolutionary Guards, published by Threshold Editions, Simon & Schuster, April 2010. A Time to Betray was the winner of the 2010 National Best Book Award and the 2011 International Best Book Award.

One thought on “Iranian Jihadists at the Gate”