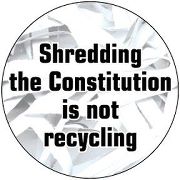 Israel is very much in the news these days (when isn’t it) and a number of pundits have looked at the threats the country faces and concluded that its very existence is in danger. This week’s winner, Joshuapundit’s Can Israel Survive? analyzes the question and the threats and sees things quite differently. Here’s a slice:

There’s a great deal of speculation these days on Israel’s dire situation, most notably from renowned author and scholar Victor Davis Hanson in the National Review, who prefaces it with a remark that the country has never been in more danger.

The Islamist regimes in Egypt and elsewhere brought on by the Arab Spring and their growing hostility to Israel, the genocidal influence of Iran and its missile armed proxies Hamas and Hezbollah, Erdogan’s Islamist Turkey, the huge influence of Arab petro-dollars, and the indifference and growing anti-semitism in much of Europe and the exhaustion and debt of the United States are frequently cited.

It’s a gloomy picture, and none of it is to be trivialized. But I think dire predictions of Israel’s demise are premature, to say the least.

It’s worth remembering that Israel has faced far worst and survived. In 1948, the British left Palestine, but not before confiscating as many arms in the hands of Jews as they could find and turning over strategic locations to Israel’s genocidal enemies. In the year leading up to that conflict, the British armed the Arab nations with modern weapons including aircraft and tanks in spite of their open and explicit threats of jihad against Israel’s Jews. In the case of Jordan, the British not only trained the Arab Legion but officered it during the 1948 war and oversaw the ethnic cleansing of Jews from their homes in Judea, Samaria and East Jerusalem, led by a Jew hating British Colonel by the name of John Glubb, AKA Glubb Pasha. And this was a mere three years after the liberation of Auschwitz.

The Jews had no aircraft or artillery, and used homemade ‘Davidka’ mortars and improvised armored trucks as ‘tanks’. They were unable to purchase weapons from the United States because President Truman decided to put an arms embargo on both sides, something that affected Israel greatly and the Arabs not at all, since they were able to purchase arms openly from Britain and other European countries, many of whom were unwilling to sell arms to Israel for fear of angering the oil rich Arabs. In one of the ironies of history, a major cache of the arms the Jews used to win their war of independence were Nazi arms left over from the occupation of Czechoslovakia, purchased by Israel on the black market.

Somehow, the Jews prevailed against the attempted second Holocaust. And without the help of Europe, the United States or the UN.

They prevailed again in 1967, after a last minute cutoff of arms and supplies from Charles DeGaulle deprived them of all arms and supplies from France, their major arms source. The US remained neutral during that war and supplied no arms to the Jewish State, who were facing war on three fronts from Arab nations armed with the latest Soviet weapons. The Six Day War was a miracle not only because Israel won against overwhelming odds, but because they were able to win before the supplies and spare parts for their French weapons ran out.

Today’s situation is not to be underestimated, but not nearly as dire as it might seem. In many ways, Israel’s position is far more secure and superior than it was then.

In our non-Council category, the winner was Gonzalo Lira for What I learned At Dartmouth submitted by Rhymes with Right. It’s an excellent first hand account on what can happen because of the war on American males on college campuses and political correctness run amuck.

Here are this week’s full results. Snapped Shot was unable to vote this week, but was not affected by the 2/3 vote penalty: