Click in to hear and see it, via Real Clear Politics, but do finish this article and become familiar with what is linked. 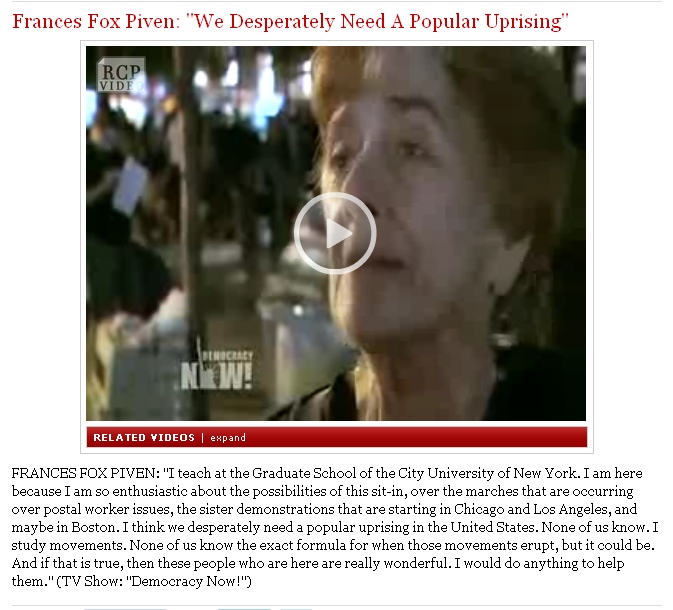 We are glad to have captured the classic, elitist yet ignorant impudence and the Luciferian smugness in the above image.

How could she have stayed away? These “Day(s) of Rage” and “Occupy” demonstrations are well planned (and globalist financier funded) operations designed to recruit, train, and through experiences of mutual identification and shared conflict, imprint the young and the gullible into real, live, anti-American revolution – real sedition – real civil warfare. (See three articles on this: 1, 2, 3.)

And Piven’s position in it is not unlike that of a “fox” introduced as mother duck, to be followed by all the little ducklings. (See psychological imprinting.) 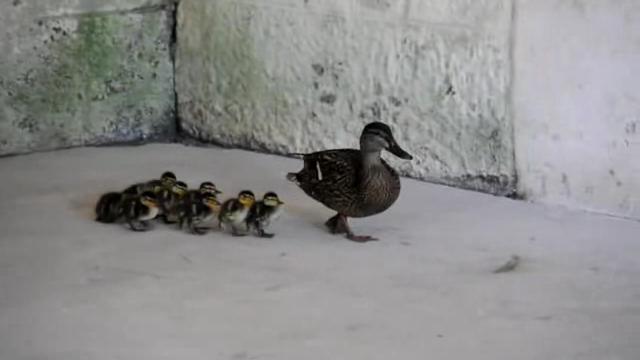 But beyond personality, an hive-minded imagination of egalitarian collectivism is the mother of this invention – a vision which never succeeds, yet ceaselessly compels society’s malcontents. (See “Occupy Wall Street List of Demands.”) And it always proves out, whatever mother may give birth, the rapacious father of Marxism is totalitarian control and the exploitation of population slave.

Their attempts at posing as anarchists and recruiting anarchists is centuries-ancient history, Marxism 101.

And now we are seeing violence and police conflict.  These demonstrations are purposed as a growing effort at instilling polemic violence. What malicious revolution against a benign society can be accomplished without violence, perhaps terrorism? WWVJS? – what would Van Jones say?

We may even find this very “Occupy” effort designed to provide the beginnings of a crescendo of violence and false flag operations extensive enough to provide justification for suspended elections. (See Gulag Bound tag: suspend elections.)

For a refresh on Ms. Piven’s influence in the orchestrated Marxist, Hegelian game being now played from both the top-down and the bottom-up, we suggest starting with “Violence: Frances Fox Piven Caught in the Crosshairs of Her Own Words.”