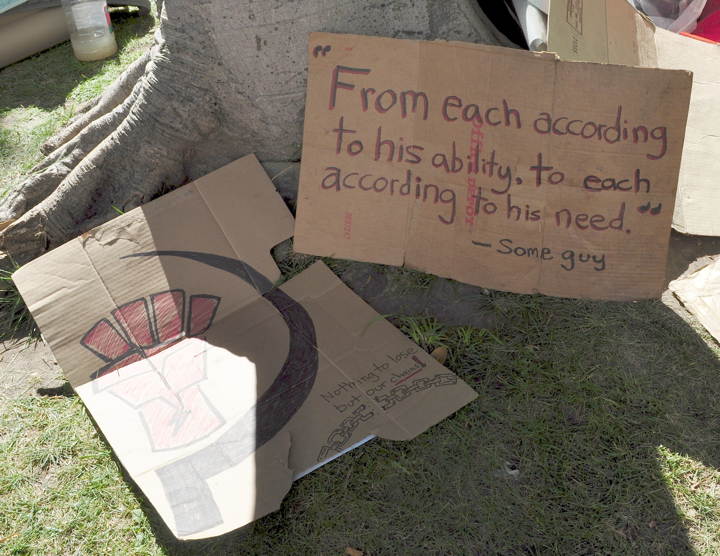 Ringo is back with Part 4 of his ongoing series of photo-essays about Occupy Los Angeles. In previous installments we’ve touched on calls to violence and encroaching anti-Semitism. This time around we’ll look at communists and crypto-communists, peaceful messages reflective of the “new tone” in politics (/s), and a whole heaping mess of all-around kookiness.

The pictures below are just a small sampling of an extensive gallery of Los Angeles Occupiers in Ringo’s latest report, which you can see here:

The OWS camp in Los Angeles is one of the largest in the country, and yet it has received very little media coverage; this on-the-scene report is your one chance to see what’s really going on.

2 thoughts on “Occupy LA: Kooks and Commies and Creeps, Oh My”