A revolution against the controlling elite that thrusts off the tyranny of their central banking, the indoctrination in their schools, the lies of their media, and the brainwashing of their entertainment, would be a welcome development.

But a revolution that appears to free the oppressed masses from the ultra-rich, while it is manipulated behind the scenes by the globalist elite will only lead to more enslavement.

The “occupying” protests here in America have been characterized as spontaneous and leaderless. Protesters, politicians, and the mass media have compared it to the so-called spontaneous uprisings of the Arab Spring. In reality, neither has been spontaneous nor leaderless. The Arab Spring was planned years ago and then executed by the forces of oppression that the people thought they were attempting to overthrow. 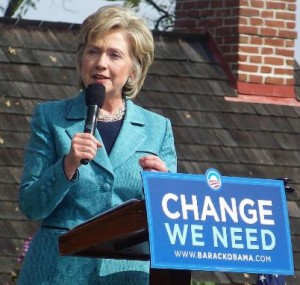 In an AFP article last April, Michael Posner, Assistant Secretary of State, admitted that the US trained 5000 activists last February from Egypt, Tunisia, Syria, and Lebanon. The goal was to provide the technology to circumvent government obstruction and help activists create a ripple effect by training their colleagues in the arts of government destabilization. Posner said our Federal government budgeted $50 million to develop new technologies to protect activists from arrest by authoritarian governments.

This assistance did not create the Arab Spring, but it helped perpetuate it. The campaign to destabilize the Middle East began much earlier, as geopolitical analyst Tony Cartalucci has repeatedly demonstrated.

Last May, Cartalucci wrote an article, America’s Arab Deception. He stated, “The Arab Spring was entirely engineered, prepared for, activists trained, funded, and equipped by the United States, years in advance, based on successes and experience garnered from decades of extraterritorial meddling. In particular, a coalition between the US State Department, NGO’s, corporations, and organizations entirely contrived for the sole purpose of fomenting unrest in foreign nations, began as early as 2008 preparing for what is now unfolding in the Middle East and North Africa.”

Much of this can be collaborated in Ron Nixon’s April 14th New York Times article, “US Groups Helped Nurture Arab Uprisings.” Nixon spinned past Cartalucci’s logical assessment when he wrote, “No one doubts that the Arab uprisings are home grown, rather than resulting from ‘foreign influence,’ as alleged by some Middle Eastern leaders.”

Good writers always avoid categorical statements, but Nixon’s statement is also illogical. He claimed there were no doubters, which he refuted when he mentioned the allegations of Middle Eastern leaders. And no one doubts the New York Times is intolerant of logic.

To reinforce his position, Nixon quoted Stephen McInerney, executive director of the Project on Middle East Democracy (POMED), “We didn’t fund them to start protests, but we did help support their development of skills and networking. That training did play a role in what ultimately happened, but it was their revolution. We didn’t start it.”

On April 15th, Cartalucci wrote in the jounal, LandDestroyer:

Also conceding involvement is the Project on Middle East Democracy (POMED), chaired by various Council on Foreign Relations and Brookings Institute alumni. POMED claims that they helped protestors develop skills and to network. Such training has taken place annually under Movements.org starting in 2008 where Egypt’s April 6 movement among many others, learned techniques to subvert their government. Movements.org of course is sponsored by a conglomerate of corporations and government agencies including the US State Department, Google, MTV, the Edelman public relations firm, Facebook, CBS News, MSNBC, and others. Despite the claim that such meddling is ‘promoting democracy,’ looking at the sponsors and war mongering interests involved in this operation, it appears to be more about promoting global military and economic hegemony.

Despite his extreme message, Cartalucci’s analysis is supported by facts.

In America, our protests appear leaderless, ill-defined, and uncoordinated. To mask the central planning, the protests began small in a few cities before the national rollout proceeded, a common tactic of most marketing schemes. These protests are not leaderless. And their well-defined agenda can be derived from those manipulating the leaderless mobs behind the scenes. 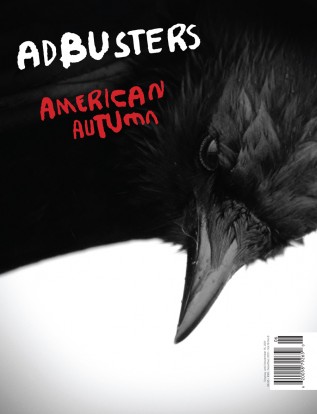 Last July, Adbusters Media Foundation announced they were organizing a street protest to occupy Wall St. Founded 1989 by Kalle Lasn and Bill Schmalz, this Canadian firm describes itself as “a global network of artists, activists, writers, pranksters, students, educators, and entrepreneurs who want to advance the new social activist movement of the information age.” They are anti- Capitalism, anti-consumerism, pro-environment, and pro-violence.

Adbusters is financed through its magazine subscriptions, but it also received grants the last ten years totaling $185,000 from the Tides Foundation, which is partly financed by the mastermind of financial destabilization, George Soros. Soros announced his sympathy for the protestors and has committed his organizational and financial resources.

Soros’ MoveOn.org has organized liberal protest movements in the past and urged its members to join the “occupying” protests. MoveOn.org has also promoted an Internet-based demonstration in conjunction with Rebuild the Dream, another radical group financed by Soros and led by Van Jones. Van Jones was President Obama’s former Green Jobs Czar, who resigned when his past extremism was exposed.

END_OF_DOCUMENT_TOKEN_TO_BE_REPLACED

Trevor Loudon will be speaking, and promoting his new book, “Barack Obama and the Enemies Within” at five events in Florida this week. Charge $5.00 members/$7.50 non-members.  Registration is preferred, through website at 13patriots.com.

6:30pm on Thursday, November 3rd in the Sunset Room at The Cheval Golf and Country Club, Lutz, Florida.

RSVP to Sharon at [email protected]

Trevor Loudon will be addressing the Breakfast Banquet session on Saturday morning, but will be in attendance for almost the entire event.

Jacksonville – Rally to the Right 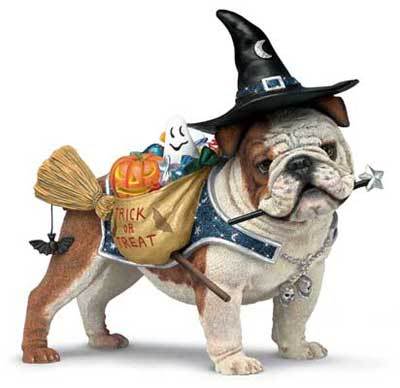 As you’d expect, there’s a ton of buzz out there about Politico’s piece reporting that two women accused Herman Cain of — what? That’s the point. We don’t know. And Politico won’t say. So…?

Here’s a screen shot of what the buzzing looks like at Memeorandum. Note the headline that reads “Cain Edges Perry in New UT/TT Poll”: 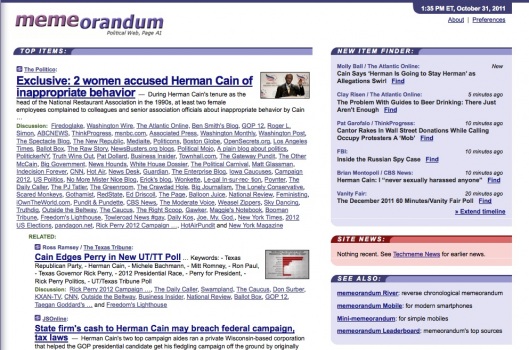 Here’s the Drudge Report as it appears as of this writing: 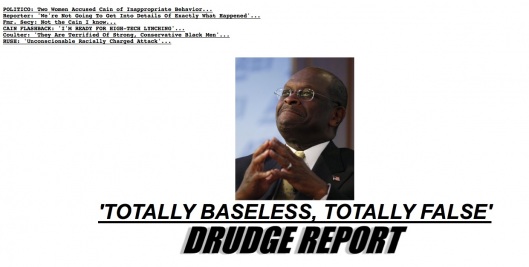 Here’s what’s REALLY behind it:

The stink is going to be around for a while, but it will ultimately blow back into the face of its perpetrators. Watch and see.

Bloodhound “The Other McCain” is hot on the scent. Well, hell, someone’s gotta do it…

Read more at The Telegraph…